The hottest show streaming right now is, without a doubt, “Too Hot to Handle.” The British/American reality show follows a group of very good-looking singles stranded on a beach, plied with liquor, and competing for $100,000. The catch? If they hook up with each other, they risk losing the prize money. The hope is that the commitment-phobes will fight their more, shall we say, “primal” urges if it means they could potentially walk away from six figures richer. Of course, it almost never works out that way, does it?

The first season was a smash hit and quickly earned a legion of devoted fans. A year later, Season 2 is getting ready to drop on Netflix, and it looks as hot as ever. It’s got us wondering about the past contestants, though, especially those who failed to make any money before leaving the house. We are talking, of course, about Matthew Smith, who was very hot but also pretty complicated and ended up leaving the show early of his own accord.

Matthew Smith is looking for something special 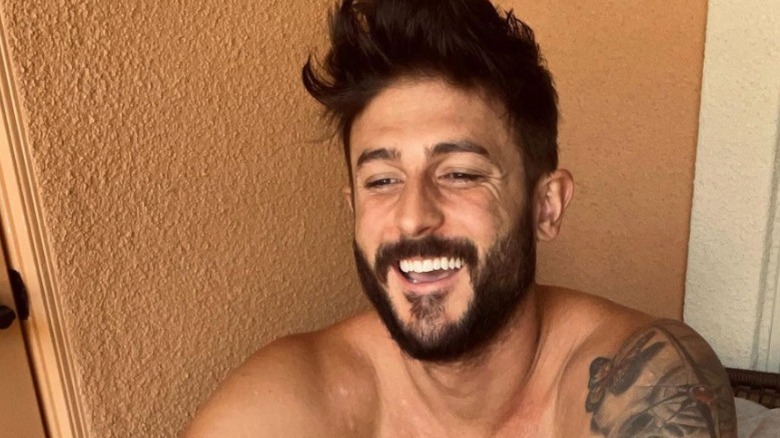 Matthew Smith left “Too Hot to Handle” on a less-than-great note. He left the day after two other contestants had sex, which caused the group to lose $20,000 from the collective $100,000 prize pool. The exit wasn’t inspired by the monetary loss, though; Matthew chose to leave because he felt he wasn’t being challenged enough. “I was kind of holding on to the last bit [of hope]. Where someone would be coming in that I found attractive and I could test myself more in that way, and they’re just wasn’t,” Matthew told ET Online after his departure. “So I could selfishly decide to stay, or I could make the mature decision to leave.” Despite a brief flirtation with Madison, Matthew ultimately felt that his soulmate couldn’t be found on reality TV.

So, what’s he up to these days? Well, he’s still busy modeling (per his Instagram) and bringing in the dough with some energy drink partnerships. Matt is also still close with Bryce from “Too Hot to Handle,” and the two frequently spend time together in Los Angeles.

As for his romantic life, Matt’s dating again, but he won’t say who. “The relationship status part I’m going to keep private,” he told ET Online in April 2020. “This can turn around and bite me in the a**,” he said before adding coyly: “Yes, I have hooked up with people in the past year. I’ll say that.”