We are so close to You season three releasing on Netflix that we can practically hear Joe Goldberg’s deep breaths before he pounces on his next target.

The character, portrayed by Gossip Girl star Penn Badgley, will become a dad for the first time in the third series, with a trailer suggesting that his relationship with Love (Victoria Pedretti) will suffer.

As well as more terrifying scenes ahead, there will also undoubtedly be another surge of thirsting over Joe on social media, as more viewers fall under his psychotic spell.

Author Caroline Kepnes spoke to Metro.co.uk ahead of the new episodes, where she spoke of the third book in the franchise, You Love Me.

Talking about the attraction to Joe Goldberg, she admitted that readers voiced their attraction for the murderous book-lover long before Penn took over the role.

‘In 2014, as soon as people started reading the book, I had this devout amazing readership that love Joe,’ she told us. ‘They love him in the book way, I think that reading is you and the page, it’s a different kind of love. 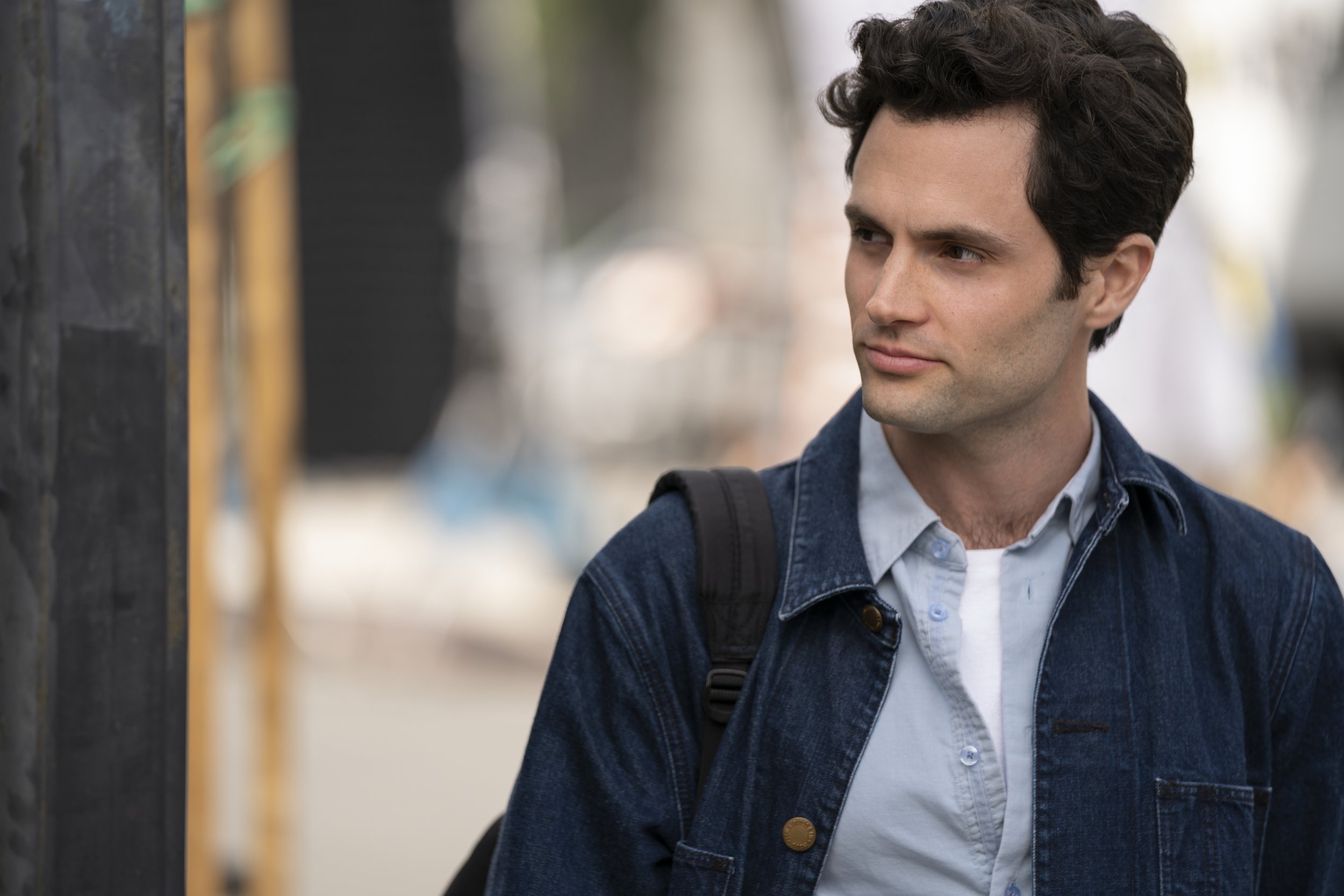 ‘Then when you bring an actor into it and you’re watching something, that’s a different kind of love.

‘How wonderful, how magical, when an actor and their kindness is as real as their [character’s] capacity for evil doing. So I think Penn is brilliant that way, and I get anyone watching it and loving him.

‘In the Twitter way of it, there’s not enough room to explain all the dimensions about love. I think that they love that he’s doing these kinds of things, they love that they get to think about why they come away loving him. That’s just fun in real life.’

Penn has also spoken of everyone romanticising his serial killer on social media, simply urging fans to stop the thirst.

Caroline sympathised with the actor, admitting that it must be a weird situation to film such brutal scenes, and then seeing social media uniting in their bizarre adoration of your character.

‘I remember being on set with that beautiful voice over,’ she recalled. ‘So many scenes are he’s doing silent film work. He’s walking around and he’s alone and he knows there will be voiceover but he’s standing in front of a building, and this is going on for a long time.

‘He spends an enormous amount of alone time with this character in a way that’s really interesting to me. So yeah, he’s sensitive about it and I would be too.

‘I think it’s got to be a weird thing to be on a set and murdering someone, and have blood on your hands and then go home and someone’s like, “I love Joe Goldberg!” It’s mad.’

Chaos will once again reign when season three drops on the streaming platform this week, and we can’t wait to see what Joe does next – or can we?

You season three drops on Netflix on October 15.