Two grizzly bears fighting, a group of bison ploughing through a field of snow and the stars lighting a hiking trail are among the pictures selected as the 20 finalists in a photography competition showcasing images from US national parks.

All 20 images were the winners of the first ever annual Nature’s best Photography National Parks Photo competition and were the top 20 placed images chosen from more than 3,000 entries. 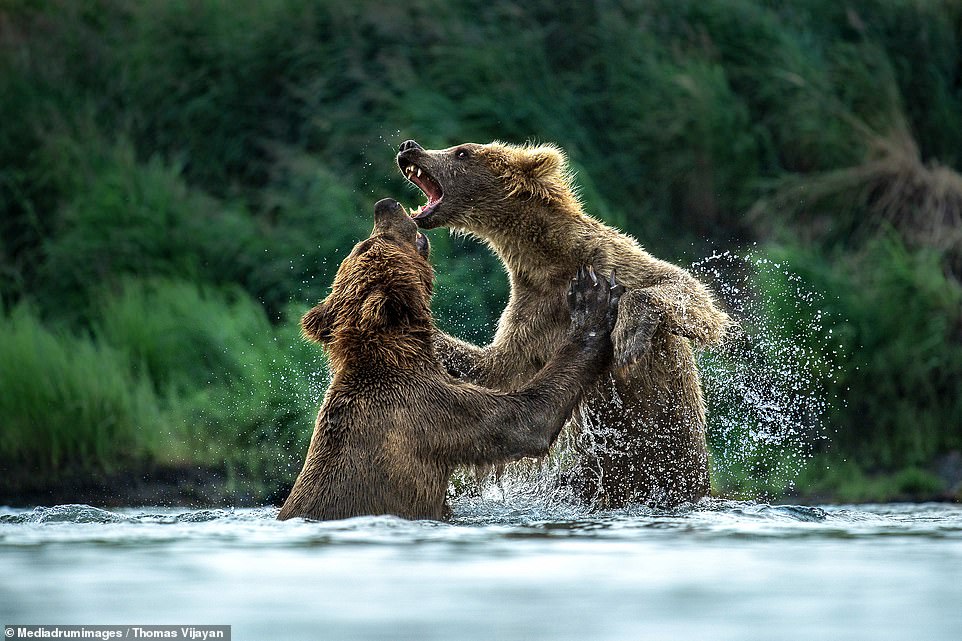 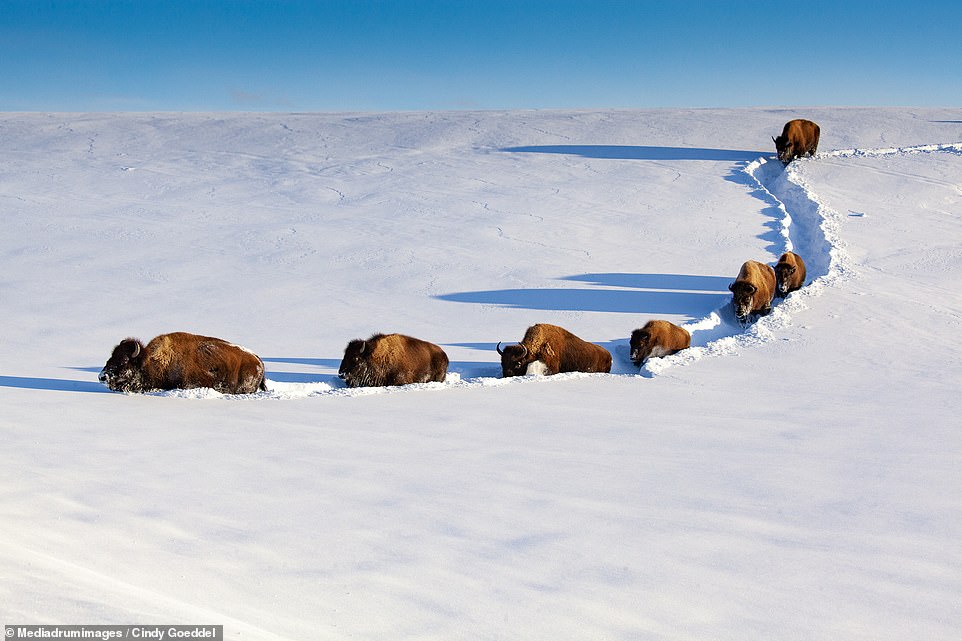 ‘Bison in Hayden Valley’: A group of determined bison slowly make their way through a field of snow in this striking competition entry from Cindy Goeddel. She took the picture in Yellowstone National park, Wyoming 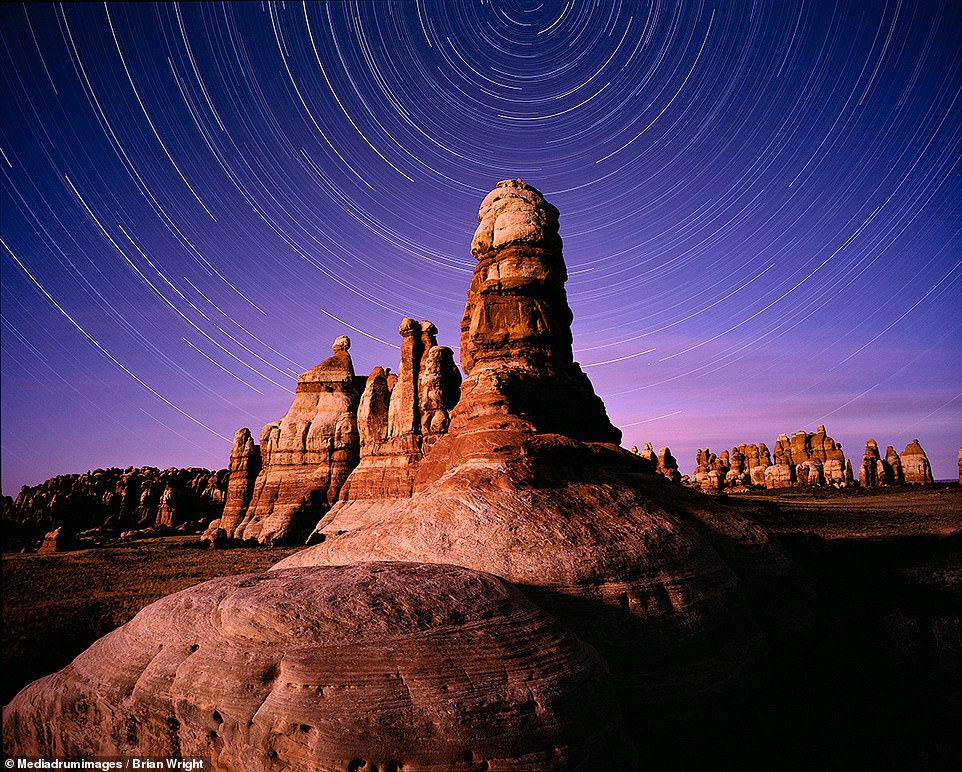 ‘Star Trails Over Chester Park Hiking Trail’: Brian Wright managed to capture this incredible image in Canyonlands National Park, Utah, and his photo was selected as a finalist in the competition 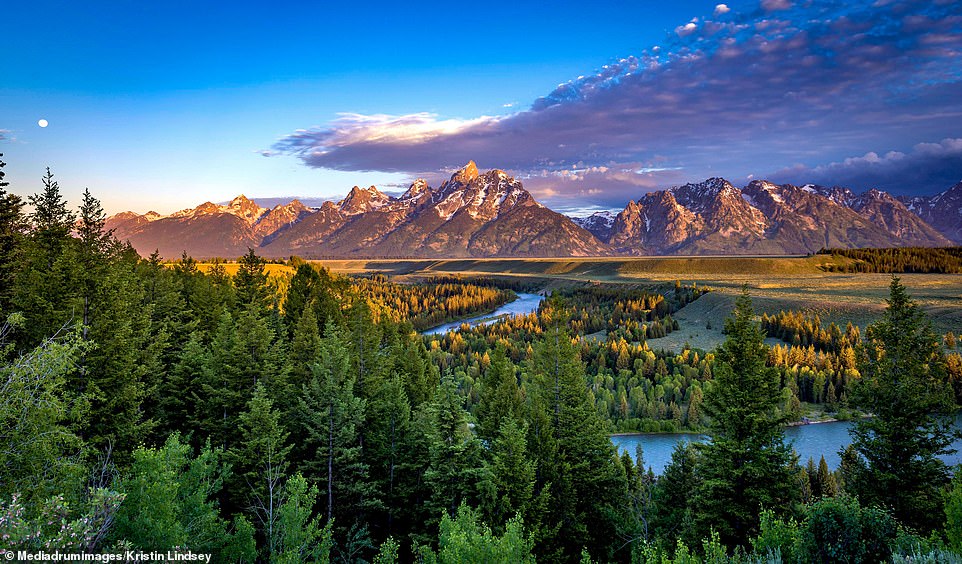 ‘Snake River Overlook’: Kristin Lindsey was selected as a finalist in the photography competition for this incredible landscape shot of Grand Teton National Park in Wyoming 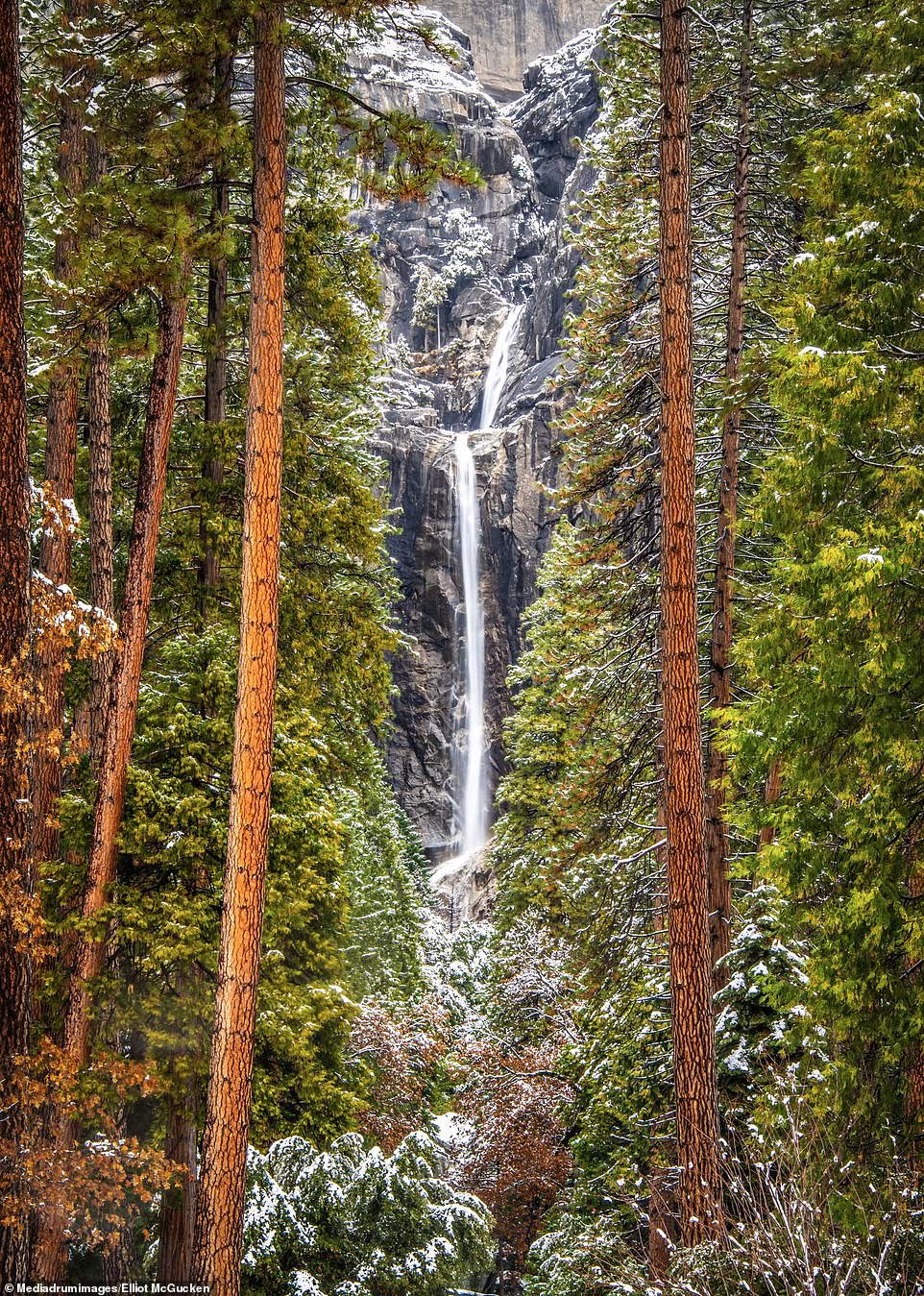 ‘Yosemite Falls’: Elliot McGucken, who captured this picture of a waterfall in Yosemite National Park, was selected as one of the finalists

Another stunning picture of bison trekking through the snow at Yellowstone National Park, Wyoming, USA, was taken by Cindy Goeddel of Big Timber, Montana.

Kevin Shi of San Diego, California, whose image of Horsetail Falls in Yosemite National Park made the 20 finalists, said: ‘The ‘Firefall’ is one of Yosemite’s most well-known, amazing spectacles. Once each year in early February, the setting sun hits Horsetail Falls and illuminates the upper waterfall.

‘Hundreds of photographers and tourists gather along the Merced River to witness this phenomenon. 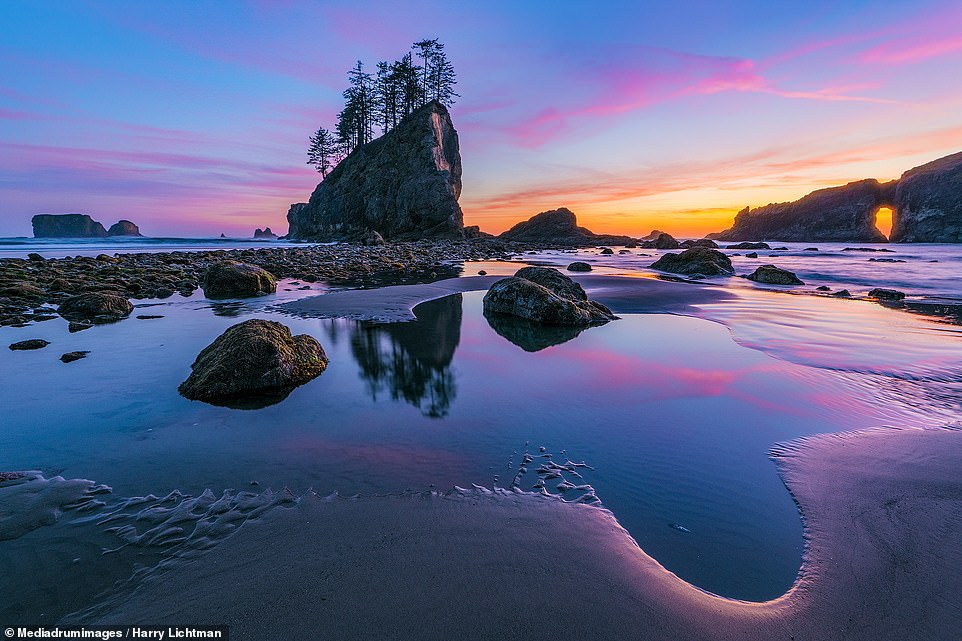 ‘Second Beach’: Harry Lichtman’s photograph of a beach reflected in some water on Olympic National Park, Washington, is another of the 20 finalists 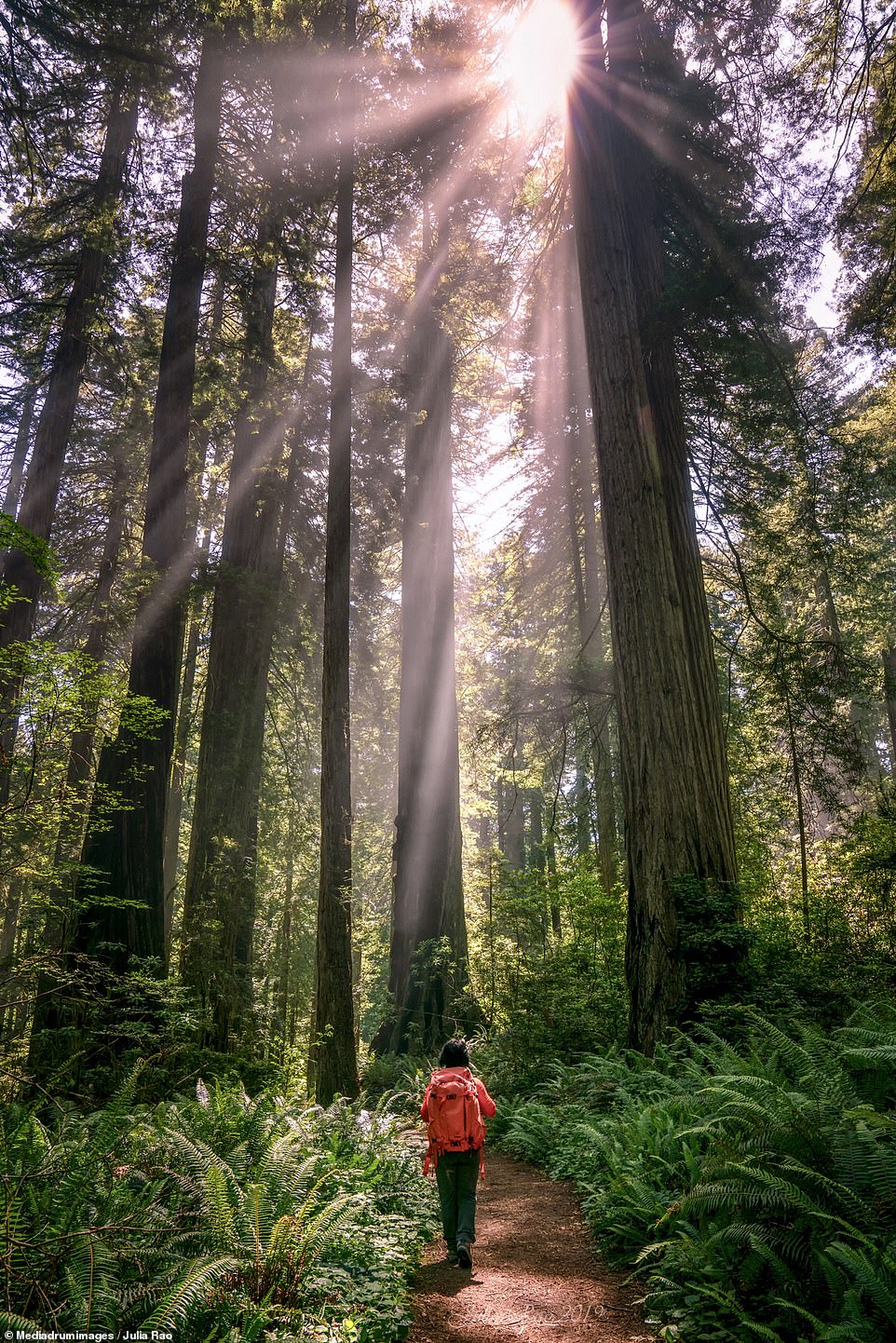 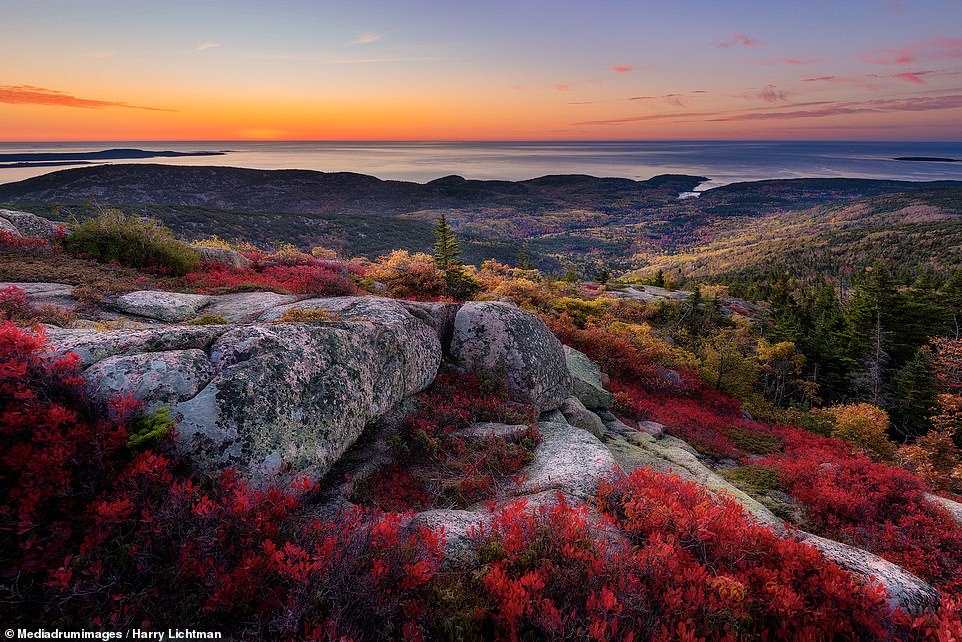 ‘Cadillac Mountain Summit’: Harry Lichtman took this stunning landscape picture in Acadia National Park and his photograph has been selected as one of the competition finalists 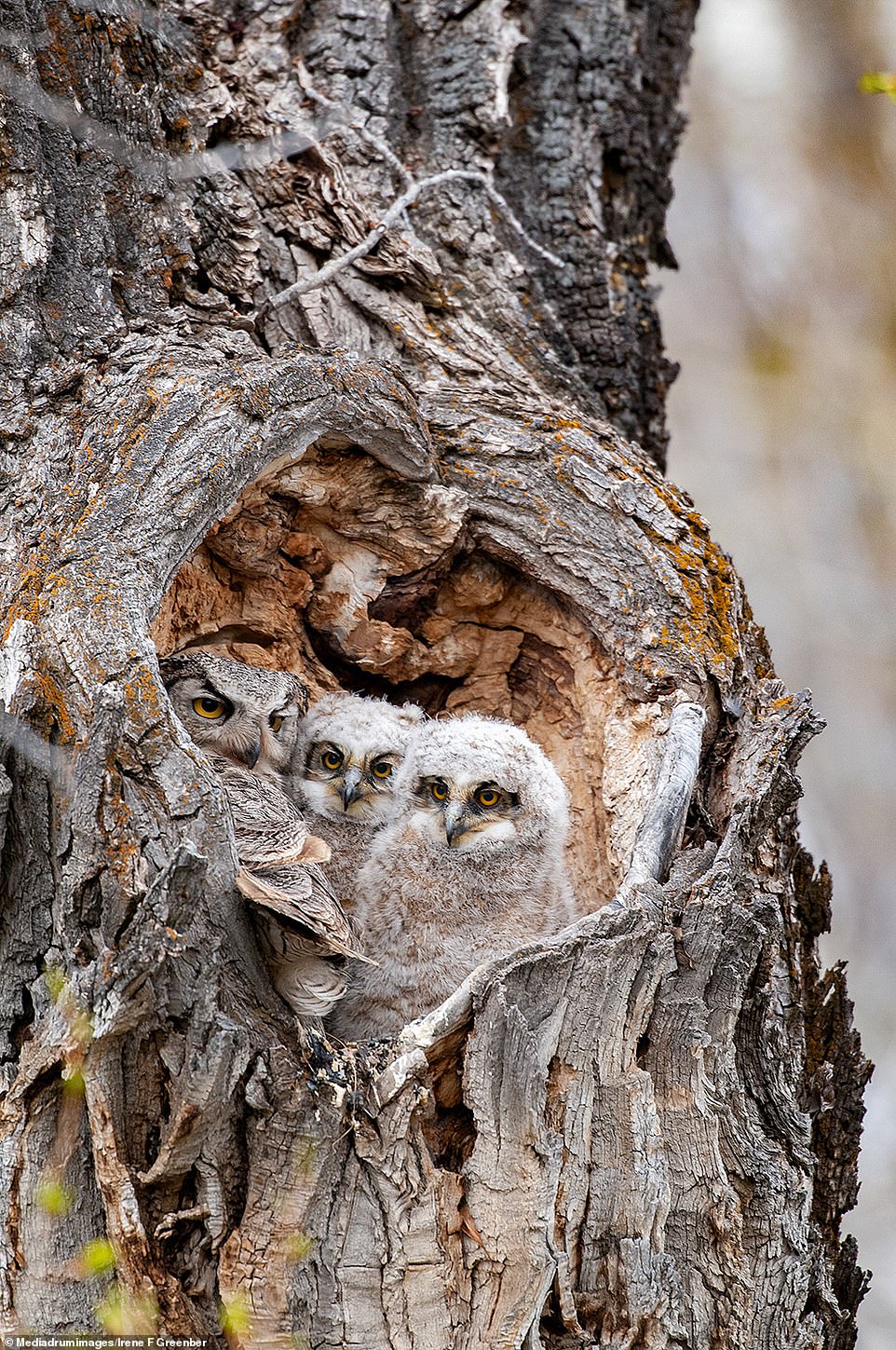 ‘Great Horned Owl’: Three owls sit perched inside of a tree in this picture captured by Irene F Greenberg in Grand Teton National Park in Wyoming 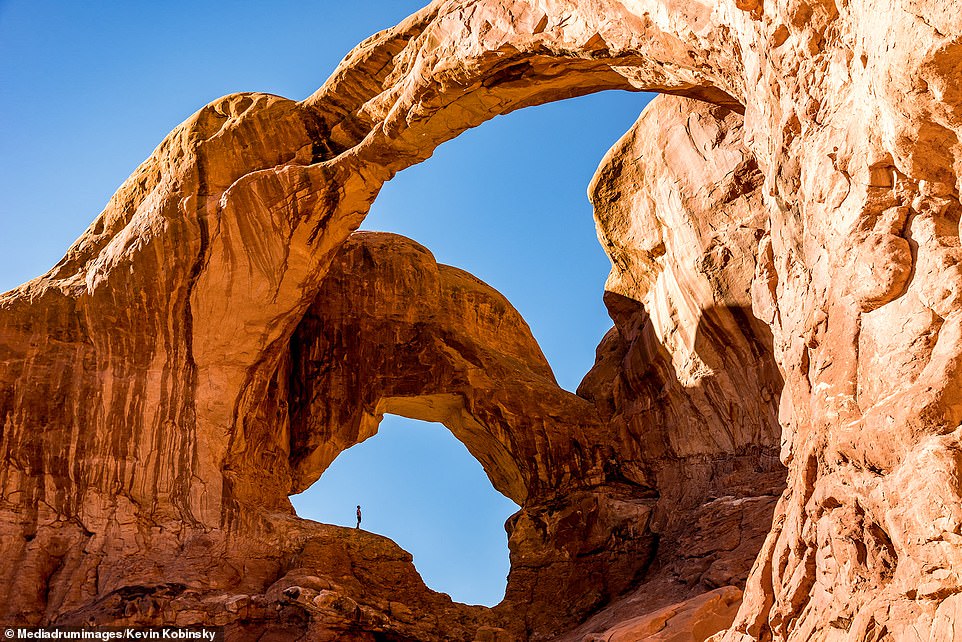 ‘Double Arch’: Kevin Kobinsky’s photograph taken in Arches National Park, Utah, is one of the 20 images selected as a finalist in the Nature’s best Photography National Parks Photo competition

‘To shoot from a different angle, I hiked a trail up into the hills and waited until sunset.

‘I was speechless when the light hit the water; the blowing wind made the glow even more incredible.’

‘A four-thirty early morning wakeup call was entirely worth it to capture this sunrise as it unfolded,’ she said. 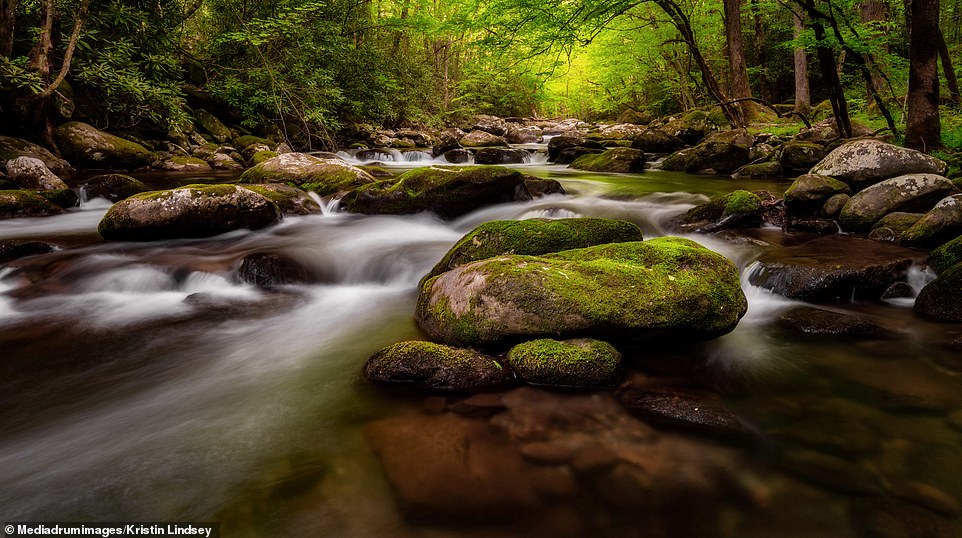 ‘Little River’: Kristan Lindsey’s photo, which was taken in the Great Smoky Mountains National Park, Tennessee, is another of the 20 competition finalists 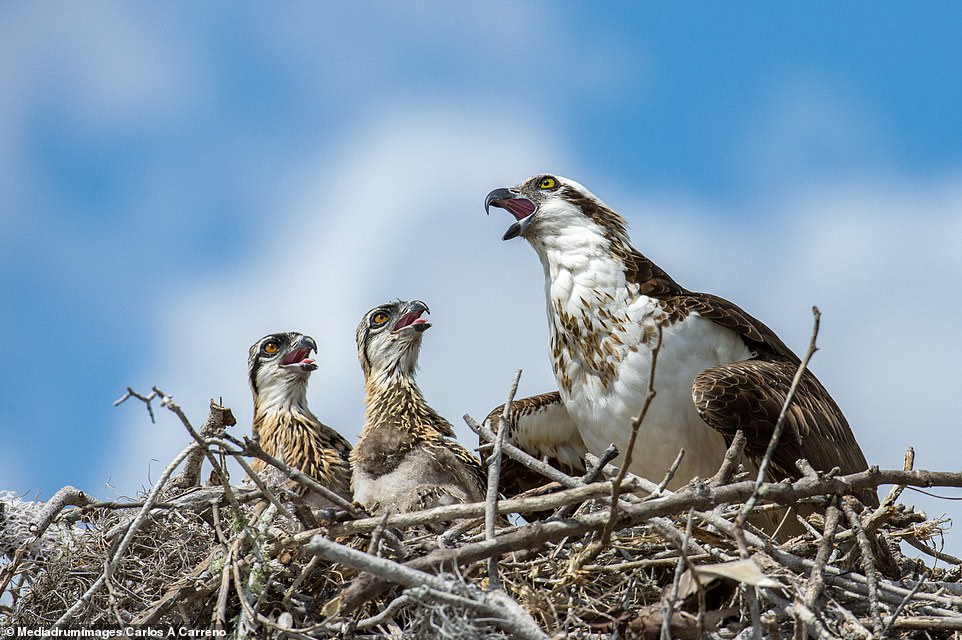 ‘Osprey’: Carlos A Carreno managed to take a snap of this family of birds in their nest at Everglades National Park in Florida. His image has been selected as one of the competition finalists 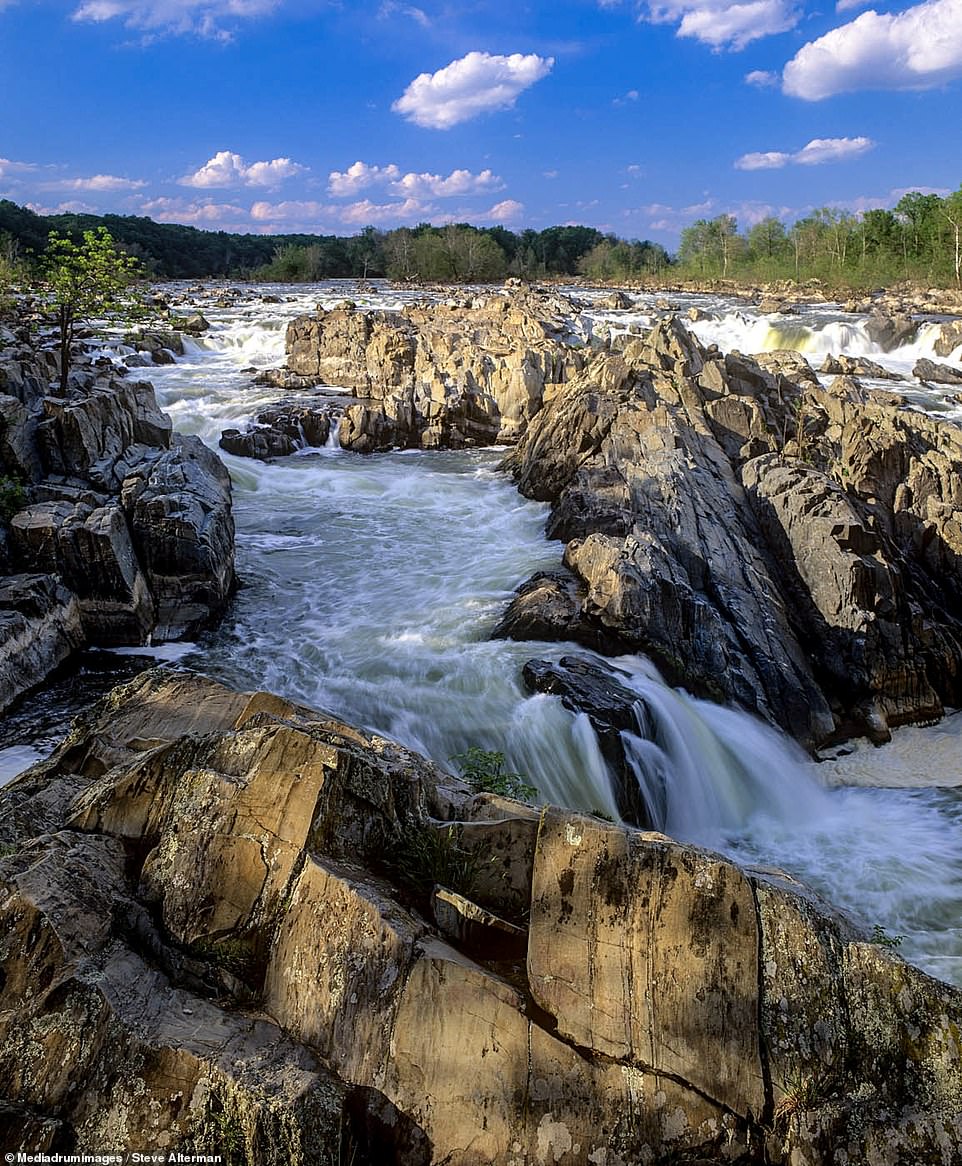 ‘Potomac River’: One of the finalist iages selected in the Nature’s best Photography National Parks Photo competition is this shot by Steve Alterman in Great Falls Park, Virginia 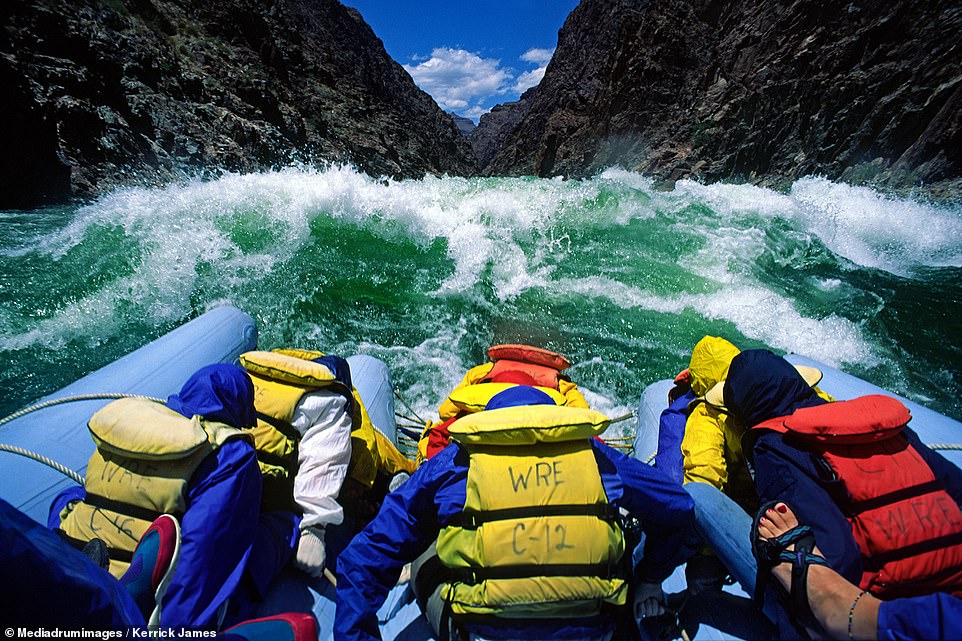 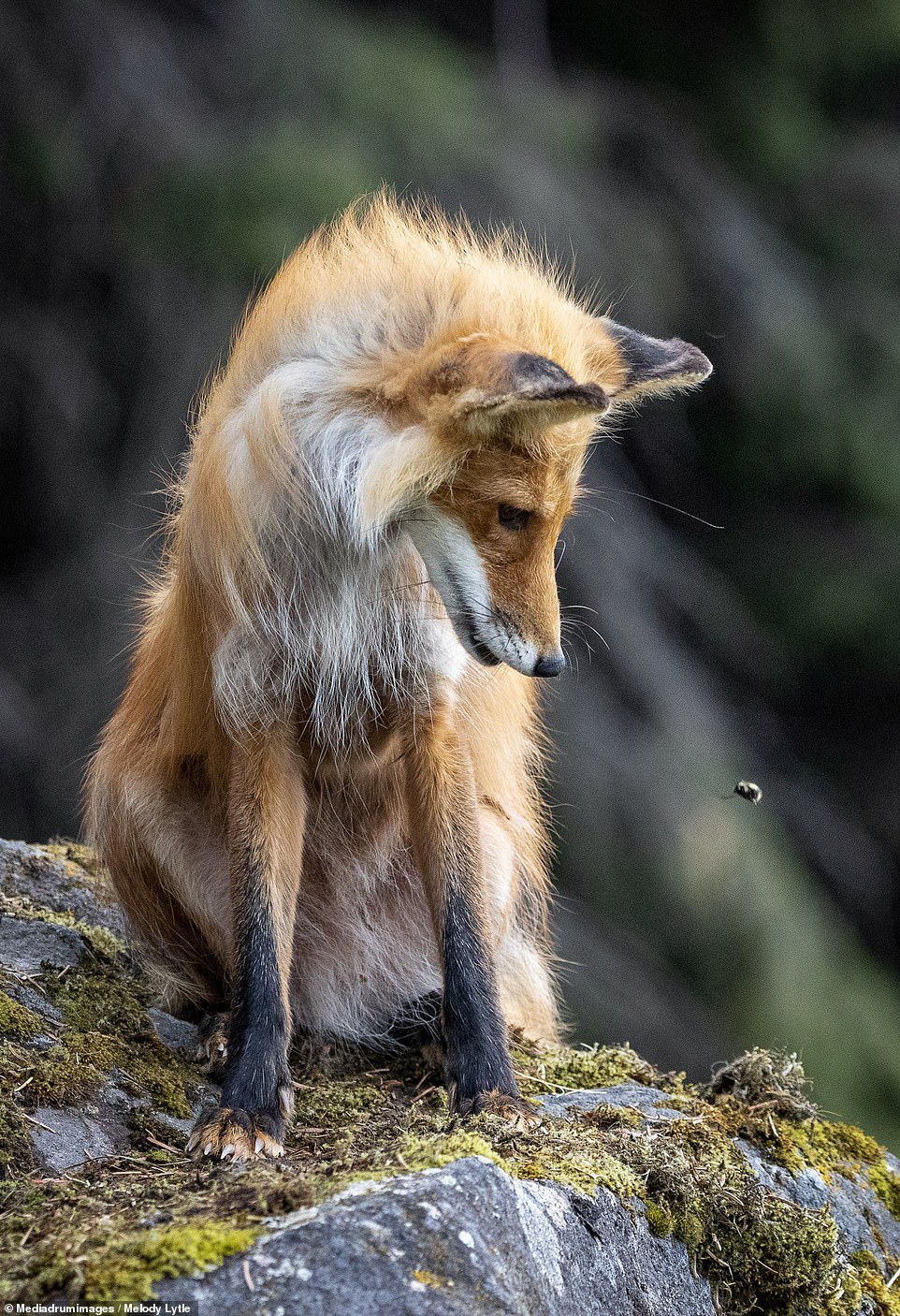 ‘Red Fox’: A red fox’s attention has been peaked by something as it stares down off of a rock in Melody Lytle’s finalist photograph, taken in lake Clark National Park, Alaska

‘As I was en route to this location, I could tell the morning was going to have a beautiful golden glow, and the clouds behind the Grand Teton mountain range would light up and be nothing short of spectacular.

‘With the moon setting (seen in far left) and the glow of the morning sun hitting the peaks and lighting up the valley below, I knew my early morning departure had been well worth the effort.’

More information about the finalists and the photography competition can be found at Nature’s Best Photography’s website. 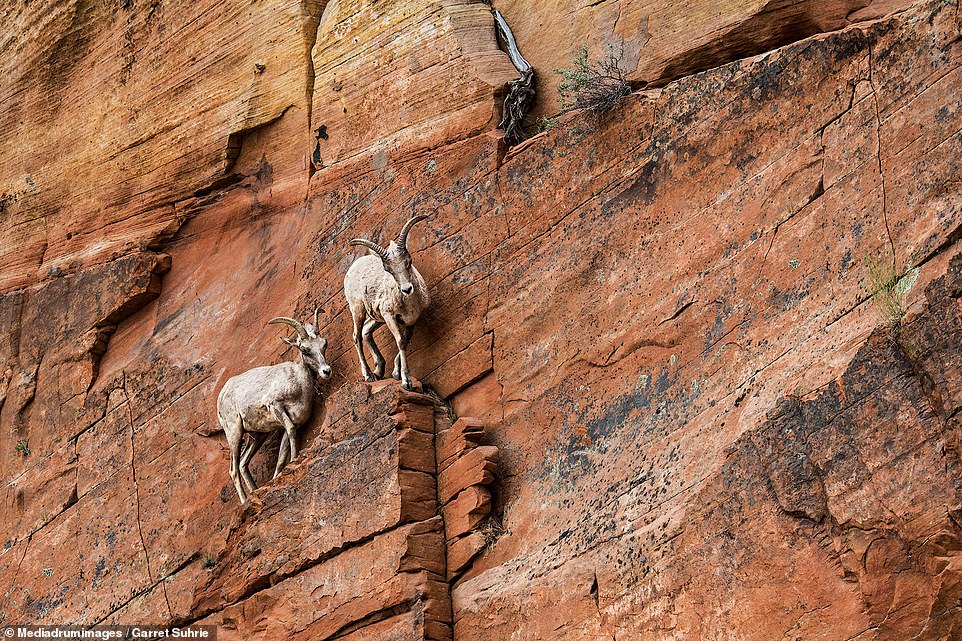 ‘Desert Bighorn Sheep’: These sheep stand precariously on the side of a cliff in this finalist entry from Garret Suhrie. He took the picture in Zion national Park, Utah 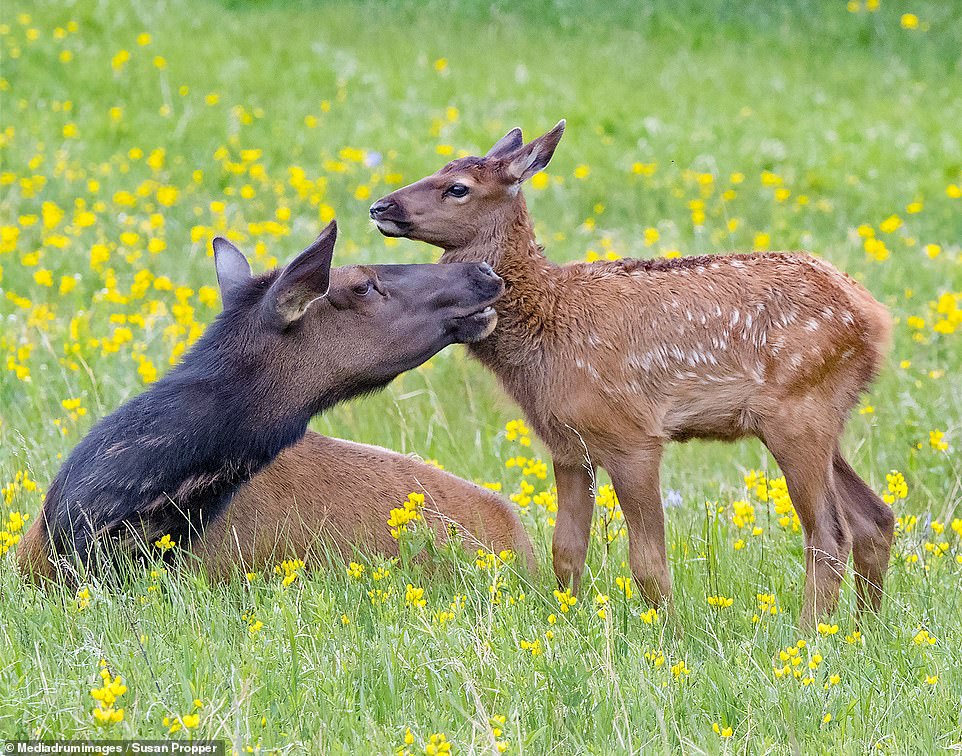 ‘Elk With Calf’: Susan Propper’s competition entry captures the beauty of an elk interacting with its calf in Rocky Mountain National Park 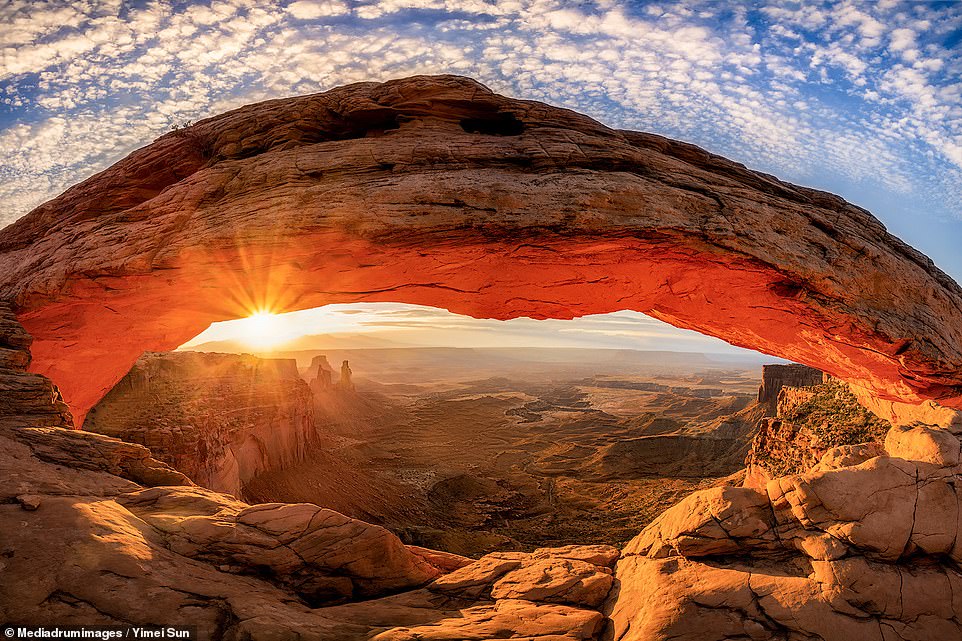 ‘Mesa Arch Sunrise’: Yimei Sun took this photograph in Canyonlands National Park and it has been selected as one of the finalists in this year’s Nature’s best Photography National Parks Photo competition 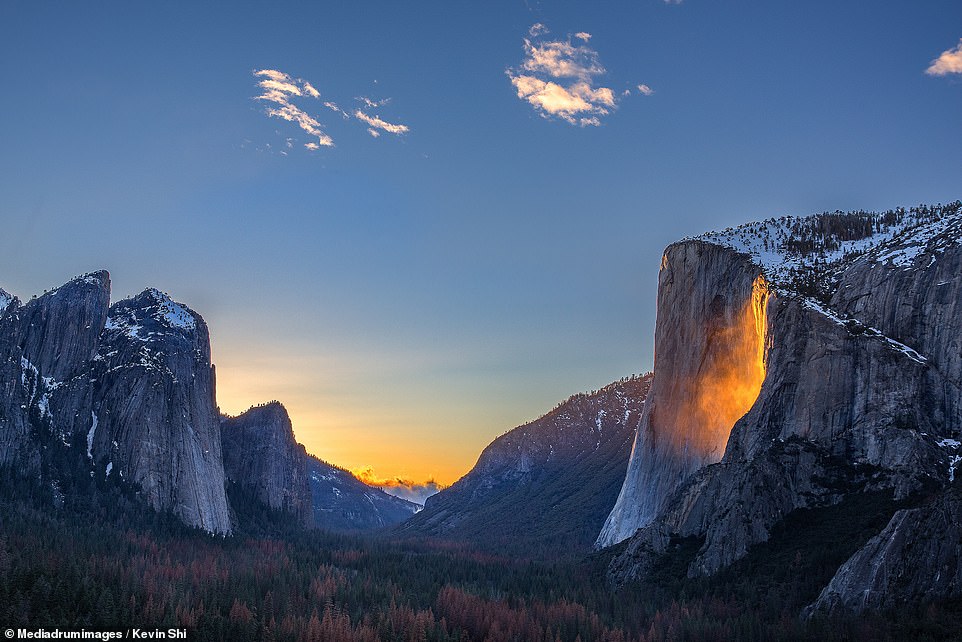 ‘Horsetail Falls’: This valley in Yosemite National Park, California, was snapped by Kevin Shi and picked as a finalist in the photography competition 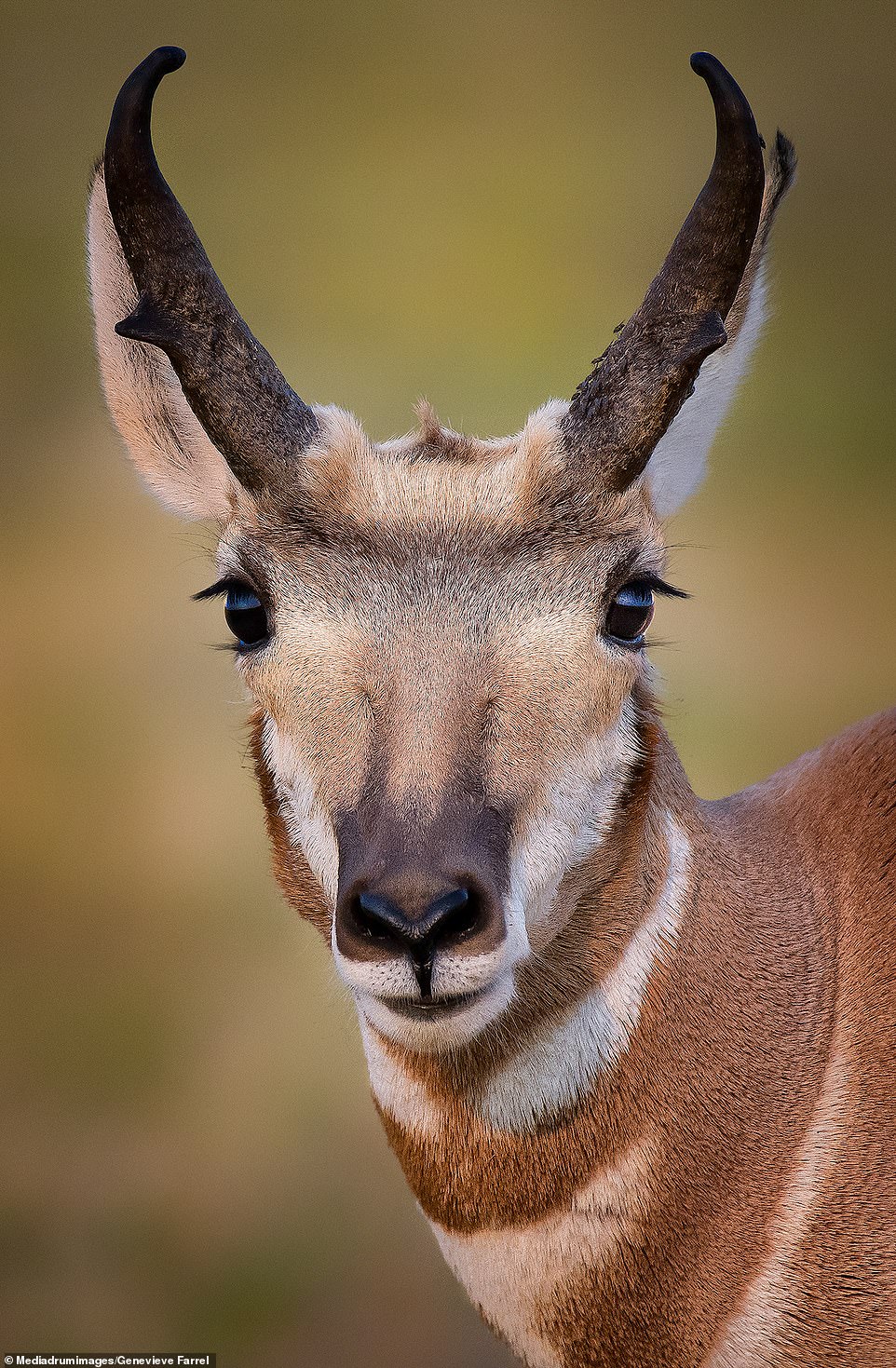 ‘Pronghorn’: Genevieve Farrell Rudock took this portrait-esque photo of a pronghorn in Wind Cave National park, South Dakota and it has been chosen as one of the finalists in this year’s Nature’s best Photography National Parks Photo competition