A BLIND man has been left devastated after his 8 stone guide dog was taken away after authorities said the pooch was too FAT.

Roger Debman, 60, was ordered to put his 'beautiful' retriever Peter on a strict diet, but the pooch couldn't shift the weight and has been taken into foster care, leaving the family feeling crushed. 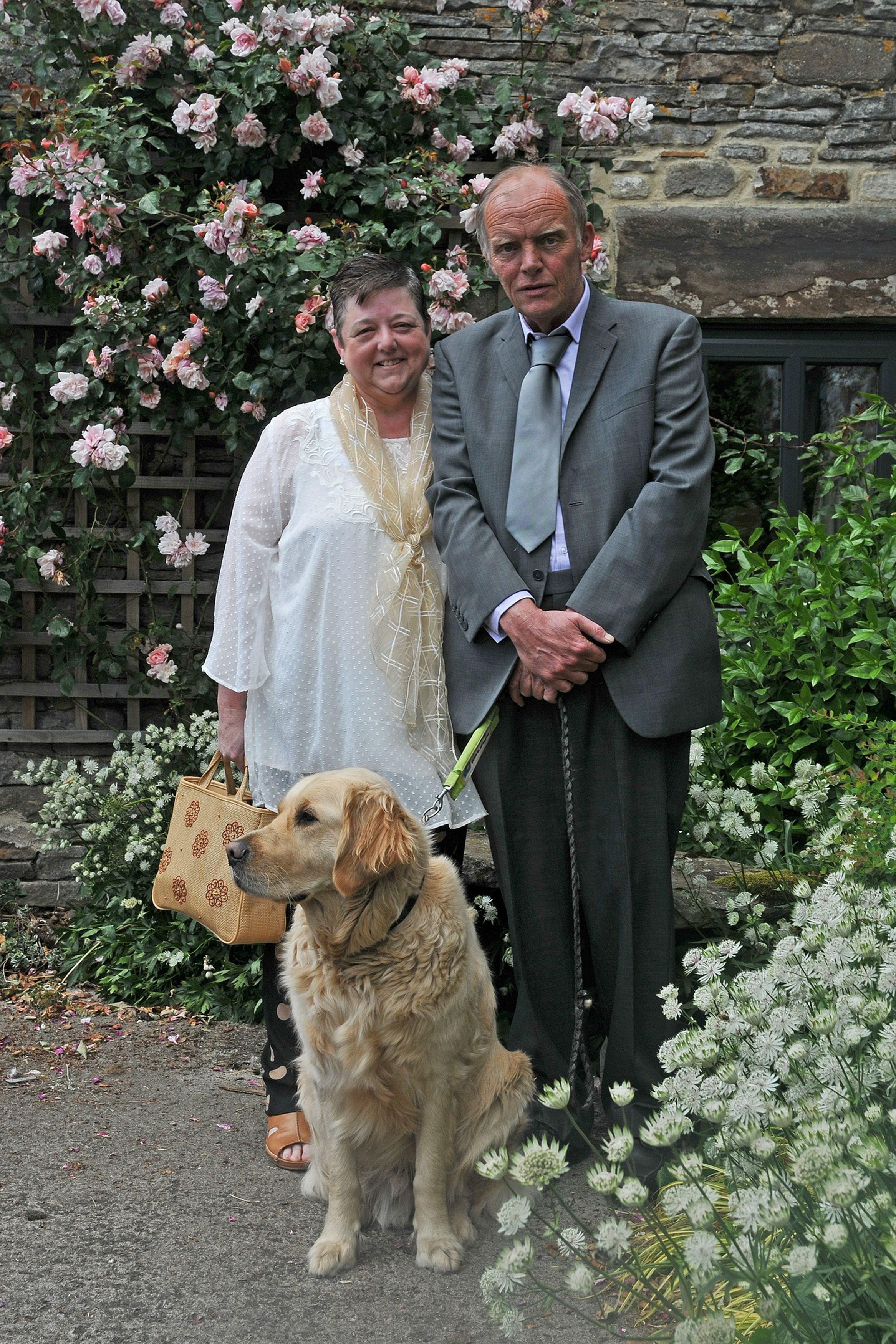 The charity, Guide Dogs, have admitted that Peter could be in foster care for a few months – leaving Roger digusted by the decision.

Roger, who is still reeling from the loss of his previous guide dog who died four months ago, said: "It's so b***** lonely here, it's an absolute nightmare.

"When Guide Dogs come round they interrogate you like the secret police.

"Guide Dogs want him down to 40kgs, but my vet wants him at 45kgs. If he was the weight Guide Dogs wanted him, he'd look as if he'd come out of a concentration camp.

"It might sound daft but he maintains his body weight beautifully. He's maintaining it at 49-49.5kgs but according to guide dogs that's overweight."

Roger said that Guide Dogs requested he take Peter for fortnightly weigh-ins so they can keep track of his progress and weight.

When he missed the target, Roger received a phone call saying that Peter would be taken into temporary foster care, and was taken away on November 5.

Roger said: "I went and sat on the doorstep while [my wife] was talking to [Guide Dogs]. When I heard her hang up I came in and she was bawling her eyes out.

"They turned up just after 11am on Friday and I've felt totally lost since. I hate to think what Peter's going through."

She said: "Guide Dogs are supposed to be a caring organisation set up to help those with sight loss.

"We have had constant issues with them almost from the beginning, however this latest pantomime has been the final straw for us and we feel we have to speak out to put a stop to constant pressure and bullying."

Roger, who has suffered two heart attacks and a stroke, has been left incredibly stressed throughout the ordeal.

Debra said: "There needs to be some urgent training on how to deal with people who have acquired brain injuries as these people often have anxiety and cannot cope with stress.

"Roger is one such person and I will no longer sit back and hear a 60-year-old man spoken to the way he has been."

Guide Dogs chief veterinary officer Tim Davies said: 'We want to create long-lasting and successful guide dog partnerships, and this is ultimately what we want to achieve for Mr Debman and Peter.

"We understand this is a difficult situation, but with Mr Debman's agreement, we temporarily placed Peter with a fosterer to help him lose weight and be healthy. Unfortunately Peter was significantly overweight.

"We assess all our dogs as individuals, taking into account factors such as age, height and breed and working closely with independent vets.

"In Peter's case both our staff and Mr Debman's vet used the body conditioning score used by all animal professionals to determine his ideal condition.

"When Peter approaches his ideal condition, he will return to Mr Debman.

"We have supported Mr Debman intensively in recent months to try to reduce Peter's weight, and we will continue to support him in every way we can." 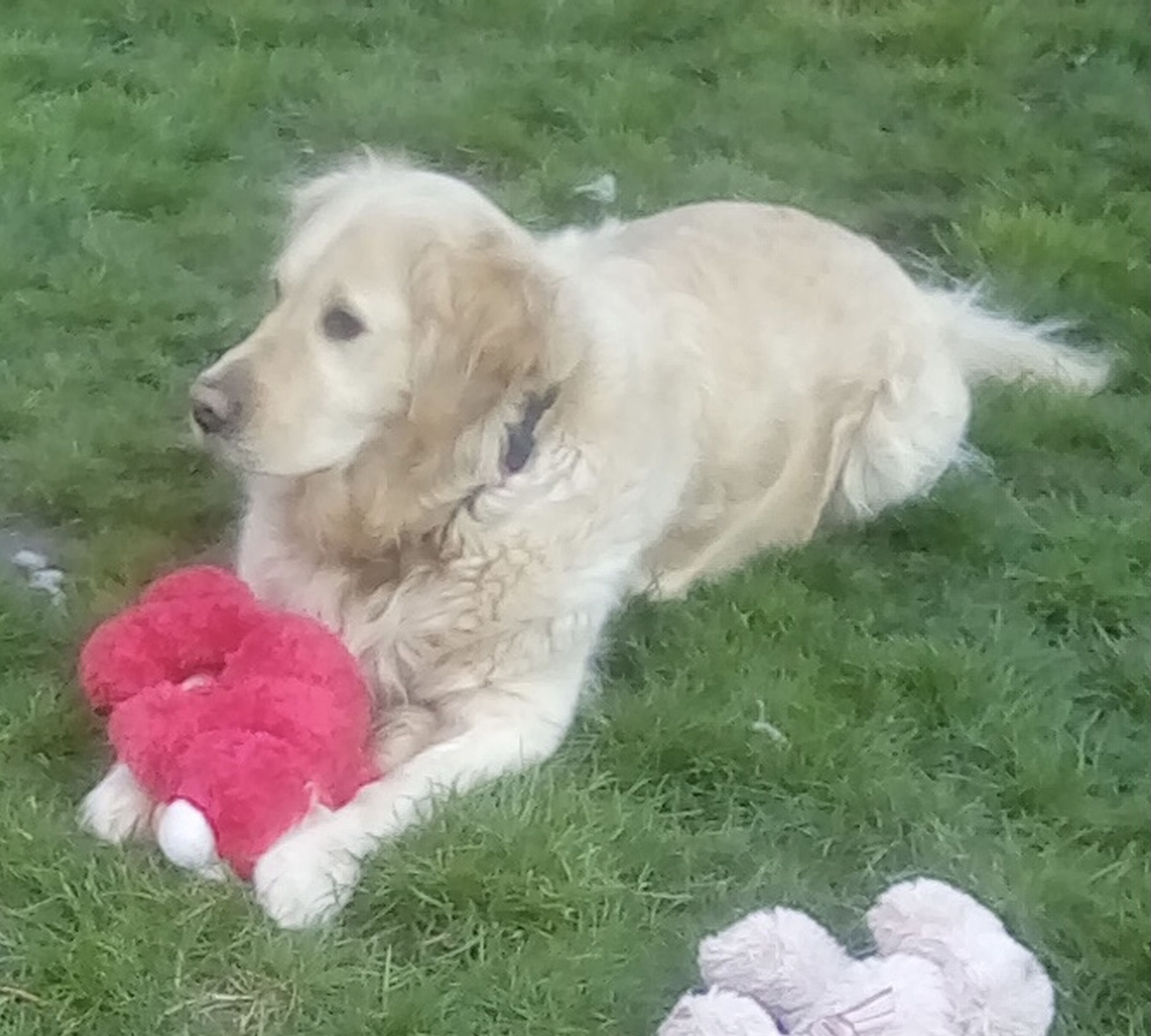 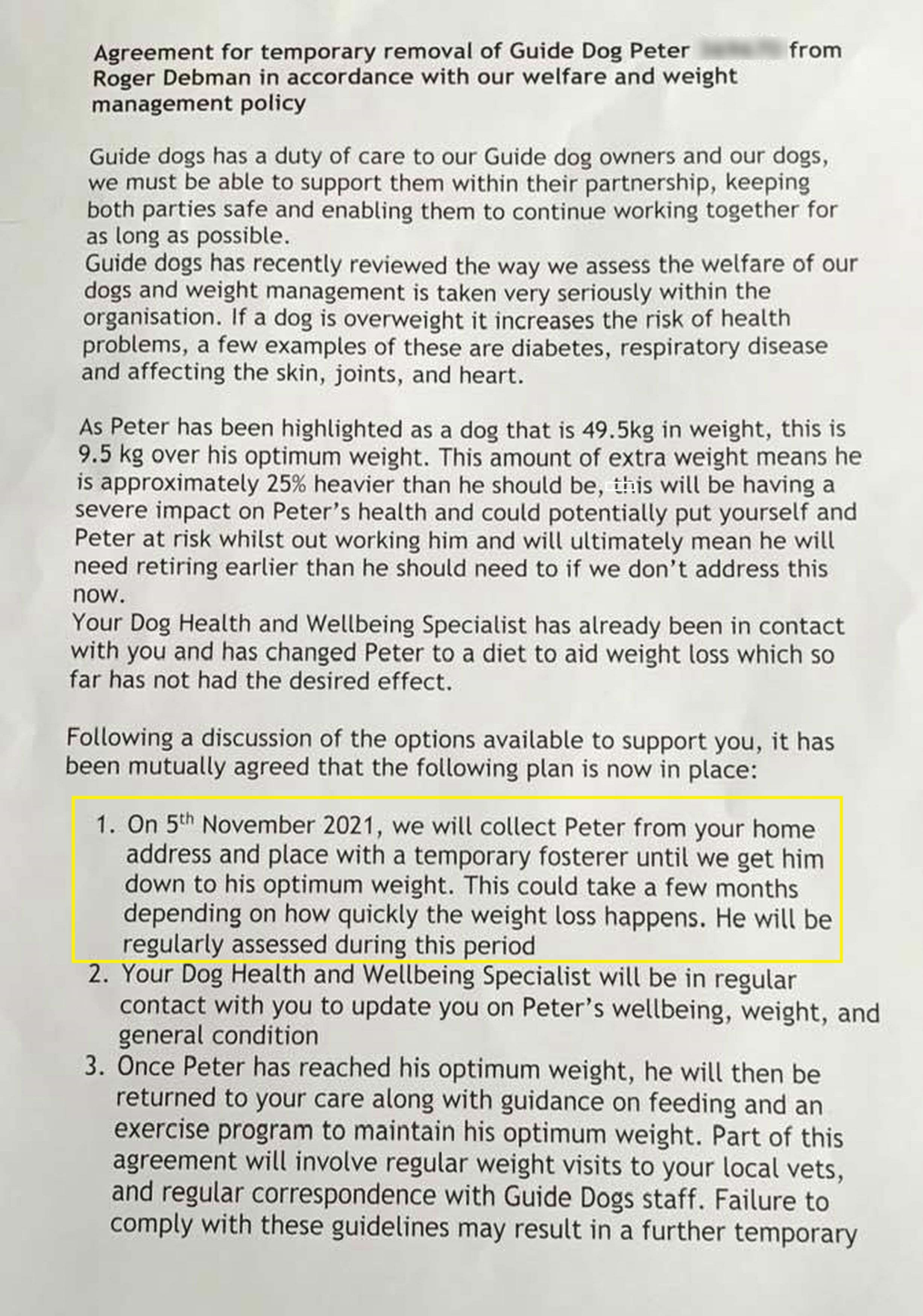 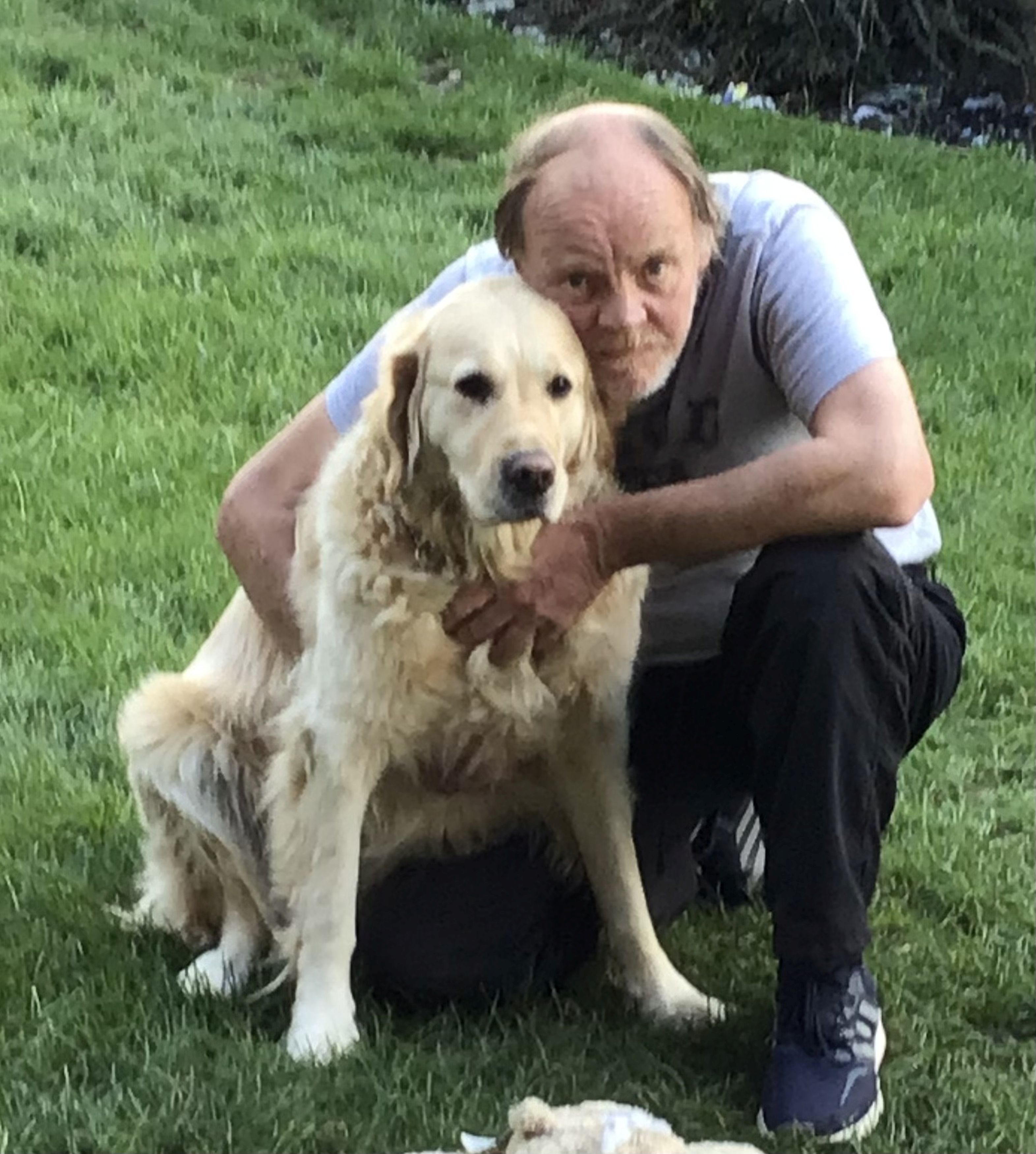