Might need a coat, Boris: PM wears a crash helmet and clutches a folder as he is choppered out of Downing Street and heads to view flooding devastation

Boris Johnson was choppered out of Downing Street amid coronavirus lockdown today to view devastation from flooding.

The PM and his security detail, all wearing helmets and masks, boarded a military helicopter by Horse Guards Parade near No10 this morning.

It is understood they are going to see the impact of Storm Christoph, which has been lashing the country – with more problems predicted over the next week.

Some 2,000 homes in Greater Manchester were evacuated last night due to flooding.

Police and firefighters worked with Manchester City Council to evacuate homes in East Didsbury, West Didsbury and Northenden, while people have also been asked to leave their homes in parts of Ruthin, North Wales, and Maghull in Merseyside due to rising floodwaters.

The Environment Agency issued a further 130 flood warnings across England, with 225 less severe flood alerts, as torrential downpours cause rivers in Greater Manchester, Northumberland and Yorkshire to overflow. 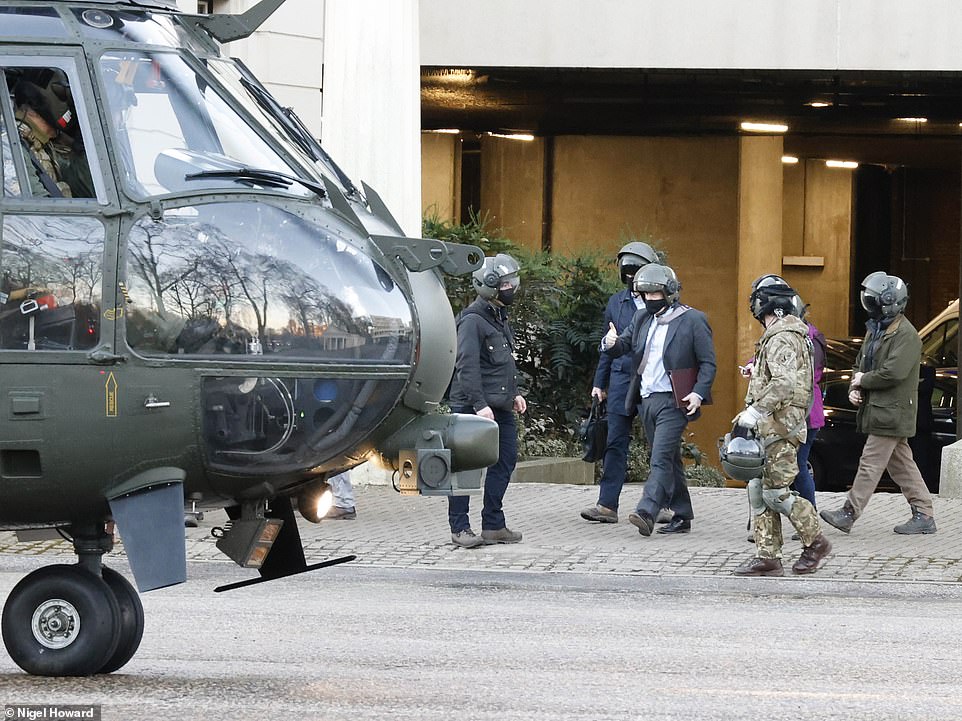 The PM and his security detail, all wearing helmets and masks, boarded a military helicopter by Horse Guards Parade near No10 this morning 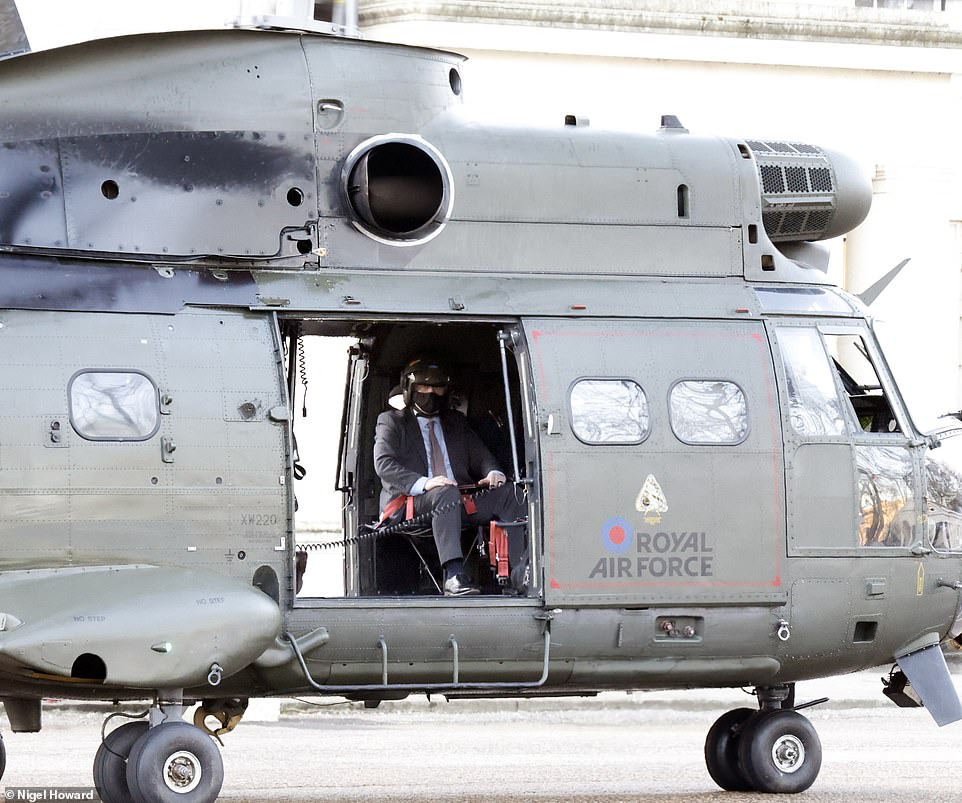 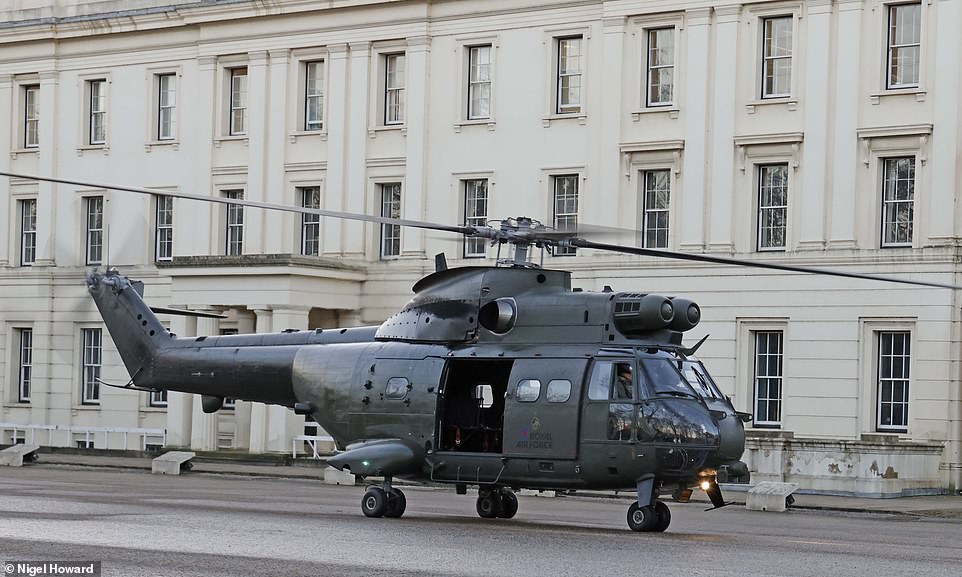 The RAF helicopter departed from Westminster amid the coronavirus lockdown 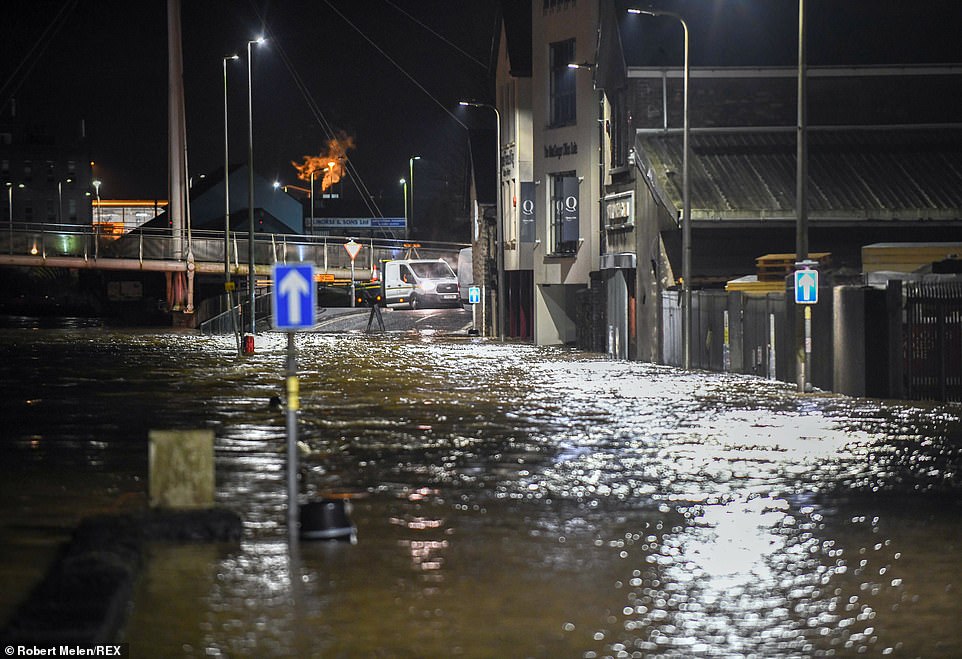 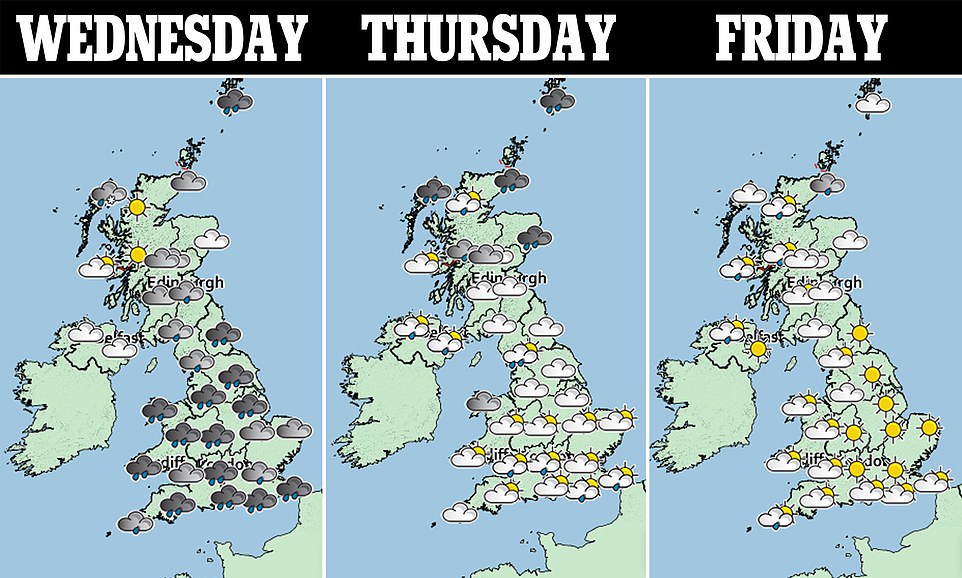 Councils were left scrambling to evacuate people and shore up flood defences, made all the trickier by the need to keep confirmed cases of Covid-19 away from other people fleeing their homes.

Four ‘severe’ flood warnings, meaning there is a danger to life, were issued by the agency for the River Mersey at Didsbury and Northenden, and in Maghull. Amber and yellow weather warnings are in force until later today for the storm, which is also threatening to bring up to 30cm of snow to northern areas.

The Met Office has warned that there is a risk of further snow later in the week as Storm Christoph makes its way east, with accumulations expected in Scotland, northern England and parts of Northern Ireland.

The PM, who chaired a meeting of the Government’s Cobra civil contingencies committee last night, said steps were being taken to ensure the transport and energy networks were prepared so that electricity outages would not be ‘severe’, and that there were sufficient supplies of sandbags.

He also urged people to heed the warnings if they are advised to evacuate, adding: ‘There are some times where I have been to scenes where, alas, people have decided not to obey the advice and not evacuated.

‘It is their right not to do so if they choose – it’s always people’s right to stay wherever they are. ‘But it really is advisable – follow the advice. If you are told to leave your home then you should do so.’

It comes as more than 120mm of rain has already fallen in parts of the country, with 123.42mm at Capel Curig in North Wales in the 24 hours up to 2pm on Wednesday. Crai Reservoir in South Wales saw the second highest total, with 115.6mm, and areas in Glamorgan and Cumbria also topped 100mm over the same period. 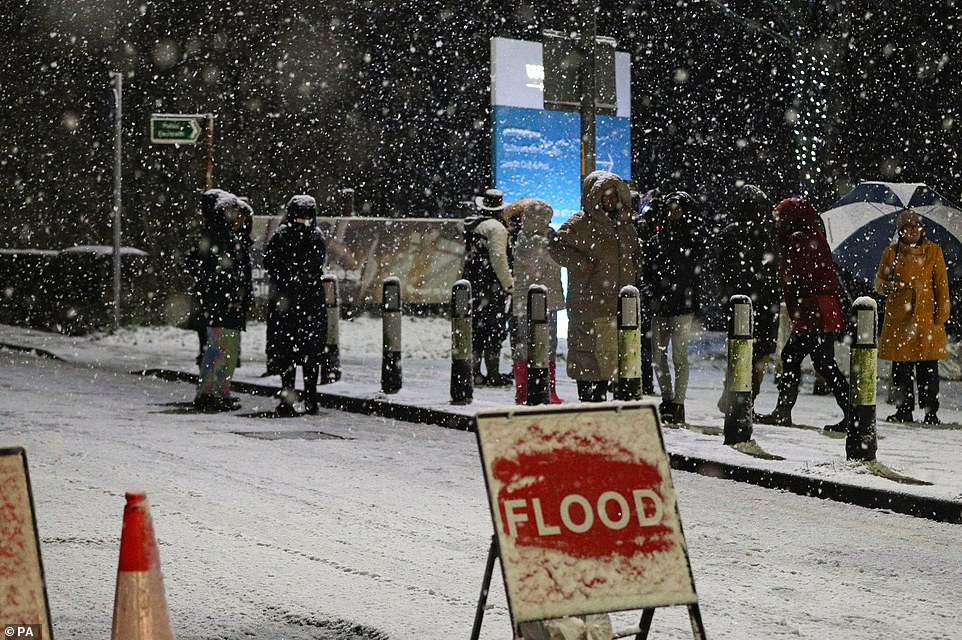 MANCHESTER: People cross a bridge over the River Mersey as snow falls in East Didsbury, Manchester, where homes are being evacuated due to risk of flooding 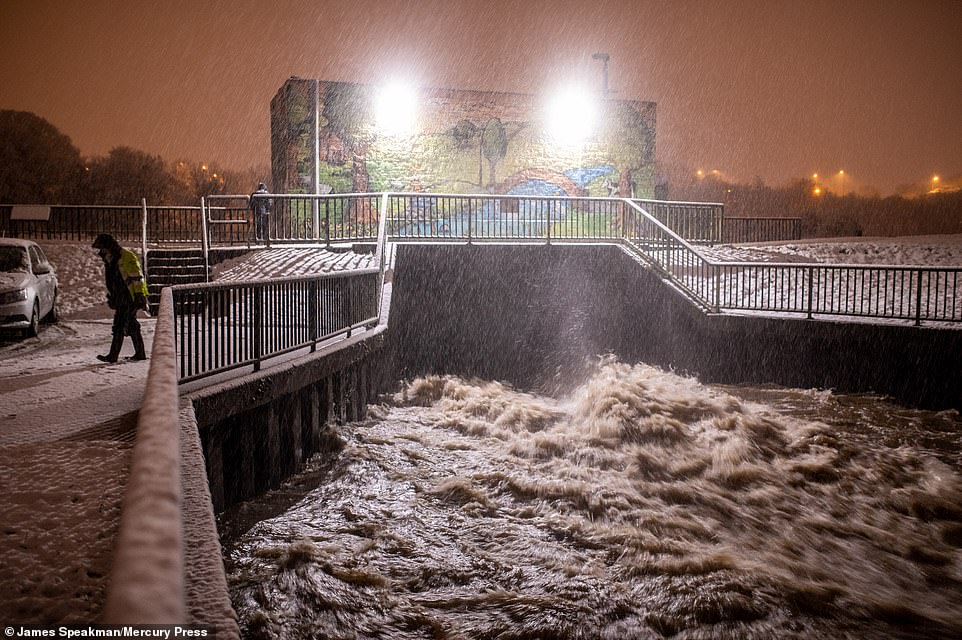 DIDSBURY: A floodgate off the River Mersey in Didsbury moves water to the Sale Water Basin 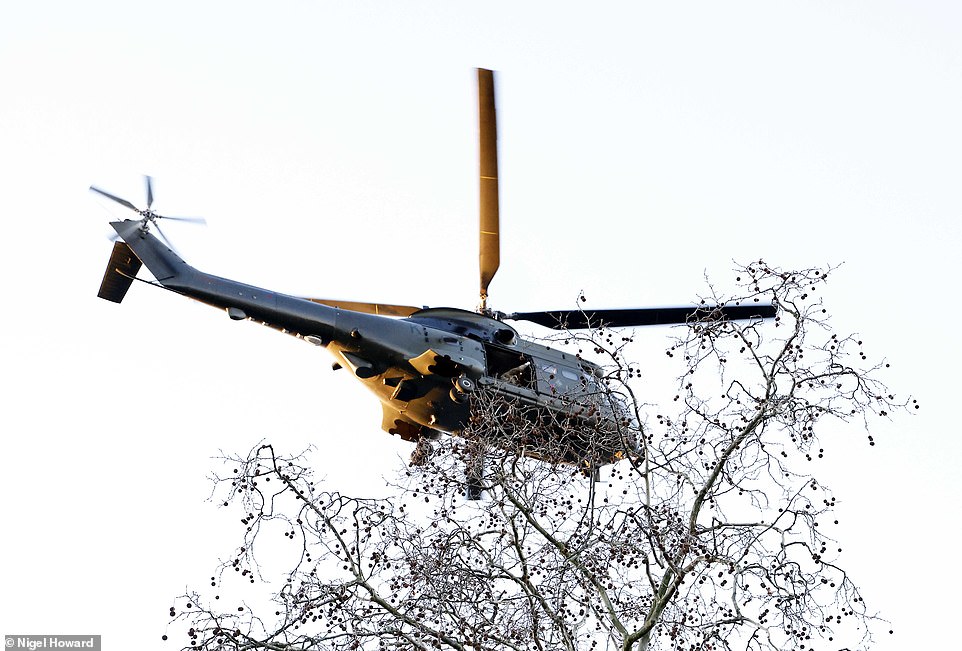