A BRITISH man has drowned after reportedly taking underwater photos near a popular cliff jumping cove in Ibiza.

The 35-year-old was pronounced dead at the scene after failed attempts to revive him by emergency responders. 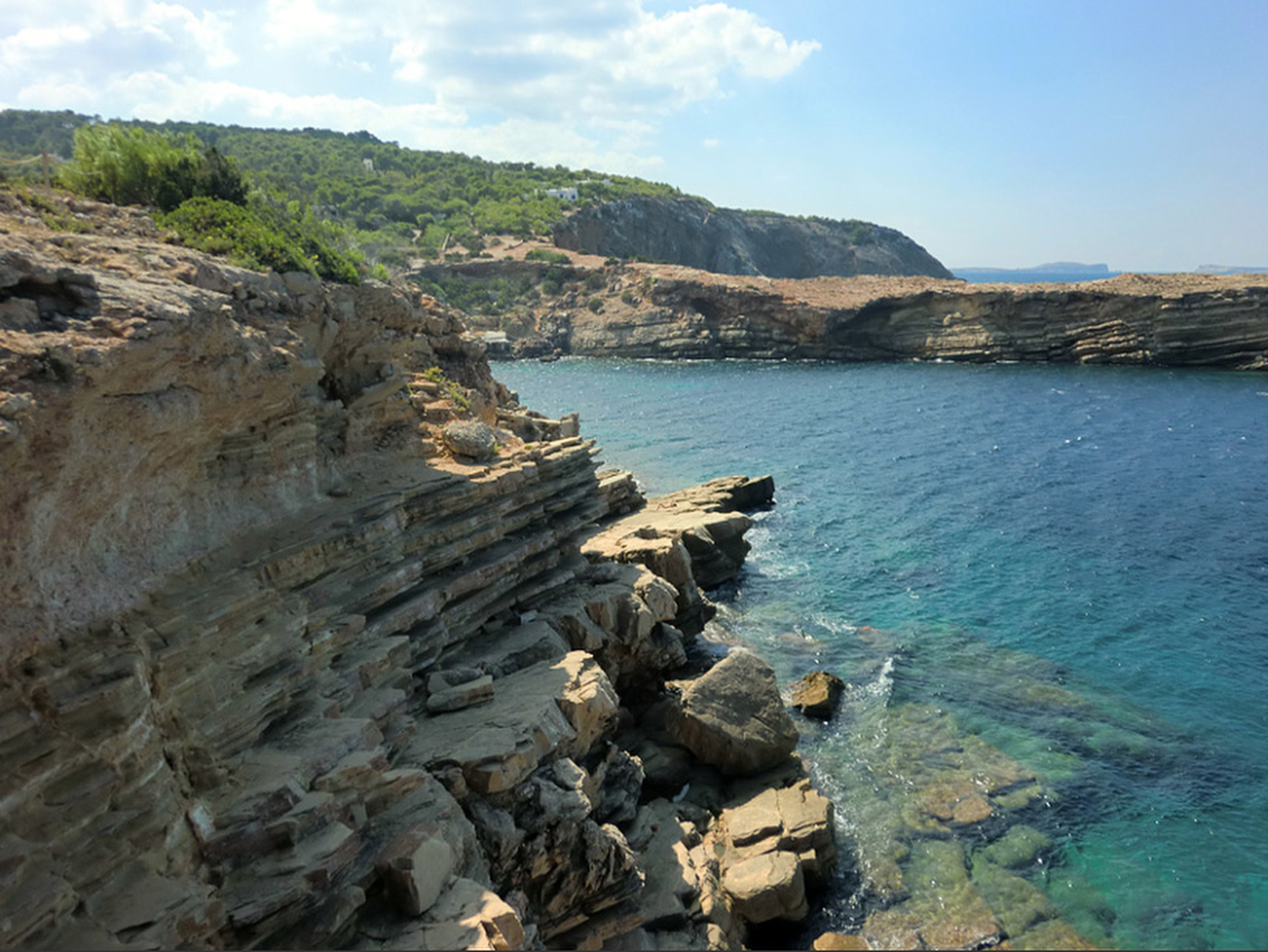 The alarm was raised at around 6.15pm yesterday.

Police and paramedics raced to Punta Galera, a cove near the popular resort of San Antonio, but could do nothing to save the Brit.

The area has rock platforms which are popular with cliff jumpers.

He is said to have been pulled unconscious from the water before the attempts to save his life.

He has been named locally so far only by his first name and surname as Kevin S.

It was not immediately clear if he lives in Ibiza.

Police have not yet made any official comment on the tragedy.

One local report said the dead man had been practising underwater photography and was with a friend who raised the alarm.

Photos published locally showed emergency responders around the Brit as they practiced CPR on him on rocks near the water’s edge.

Police looked on as they tried to save the life of the drown victim, whose face was obscured in the shocking snaps but appeared to be wearing just a pair of black swim shorts.

The water appeared to be very calm, with hardly any waves.

Travel reviews for Ibiza describe Punta Galera as an old stone quarry next to the sea which is a popular nudist area.

One adds: “It is little visited, among other things because there is neither a bar nor sand.

“However, it is easy to jump into the water as the depth is more than two metres, apart from a few places where you can get out over shallower submerged rocks.”

The quiet spot is reached by taking the road from San Antonio to Santa Agnes and turning off towards the sea before the beautiful bay called Cala Salada.