DNA evidence preserved after a 1956 double homicide and the use of new forensic genealogy has helped a Montana sheriff´s office close the books on the 65-year-old cold case.

Investigators with the Cascade County Sheriff´s Office concluded Kenneth Gould – who died in Oregon County, Missouri, in 2007 – more than likely killed Patricia Kalitzke, 16, and her boyfriend Duane Bogle, 18, the Great Falls Tribune reports. Both were shot in the head.

Detective Sgt. Jon Kadner, who took over the case in 2012, said Tuesday the 65-year-old cold case was the oldest he could find nationwide that has been solved using forensic genealogy, which searches commercial DNA databases to find familial matches to the DNA of a crime suspect. 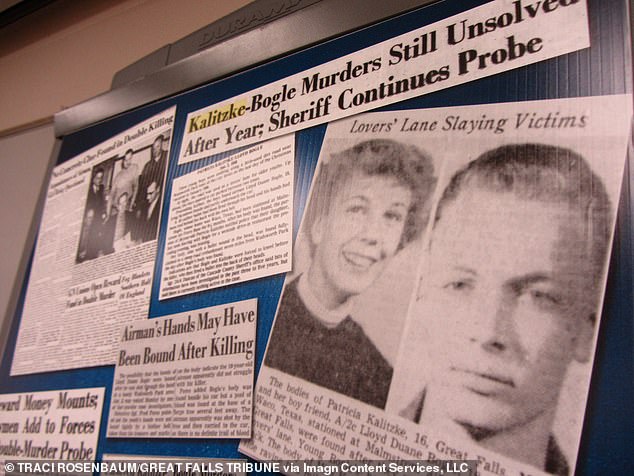 Patricia Kalitzke, 16, and her boyfriend Duane Bogle, 18, were both shot in the head and murdered in Great Falls, Montana back in 1956 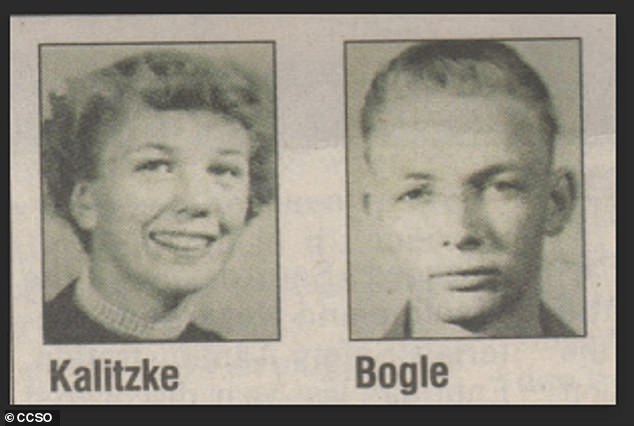 Det. Sgt. Jon Kadner, who took over the case in 2012, says investigators tracked down the deceased killer’s adult children, who provided them with DNA samples

Law enforcement nationwide are solving decades-old cold cases, all thanks to forensic genealogy.

The use of this practice, originally designed for use in medical research, has led to the discovery of over 40 suspects of murder and sexual assault as of July 2019 since the technology’s inception in 2010.

Forensic genealogy revolves around the use of open-source databases like GEDMatch, which is composed of genetic profiles from approximately 1.2 million individuals, and has proven capable of identifying a third cousin or closer in over 90 percent of the population, according to PubMed Central.

The technology is responsible for catching Joseph DeAngelo (the Golden State Killer) in 2018 and solving five Colorado cold cases in two years.

On Jan. 3, 1956, three boys hiking along the Sun River near Wadsworth Park northwest of Great Falls found Bogle dead near his car.

Kalitzke was a junior at Great Falls High School, and Bogle was an airman at Malmstrom Air Force Base from Waco, Texas.

Officers investigated for years, but they were unable to make an arrest.

The case went cold for decades until 2001, when then-Detective Phil Matteson sent the slide of a vaginal swab gathered from Kalitzke´s body to the Montana State Crime Lab for analysis.

The lab found a sperm cell that did not belong to Bogle, officers said.

In the following years, law enforcement compared the DNA sample to about 35 other men, including gangster James Joseph ‘Whitey’ Bulger Jr.

They were all ruled out as suspects.

When Matteson retired, he said he didn’t believe the case would be solved.

‘A lot of different people had a turn at this, and we just weren´t able to take it to conclusion,’ he said.

In 2018, however, forensic genealogy, which was used to help adoptees find biological family members, was used to identify Joseph James DeAngelo Jr. as the Golden State Killer.

The new method has led to the identification of dozens of suspects in cold cases.

It was uploaded to voluntary genealogical databases, where they discovered a possible family connection – leading investigators to Gould.

Kadner, who revealed to CNN that Gould had been cremated after his death, had to reach out to Gould´s children and ask for DNA samples to verify the match.

‘I wasn´t sure how they were going to react when I come to them saying, ‘Hey your dad´s a suspect in this case,’ but they were great to work with,’ Kadner said.

Gould´s family home at the time of the homicides was a little over a mile (1.6 kilometers) from where Kalitzke lived. He was known to ride horses through the area, according to officials. 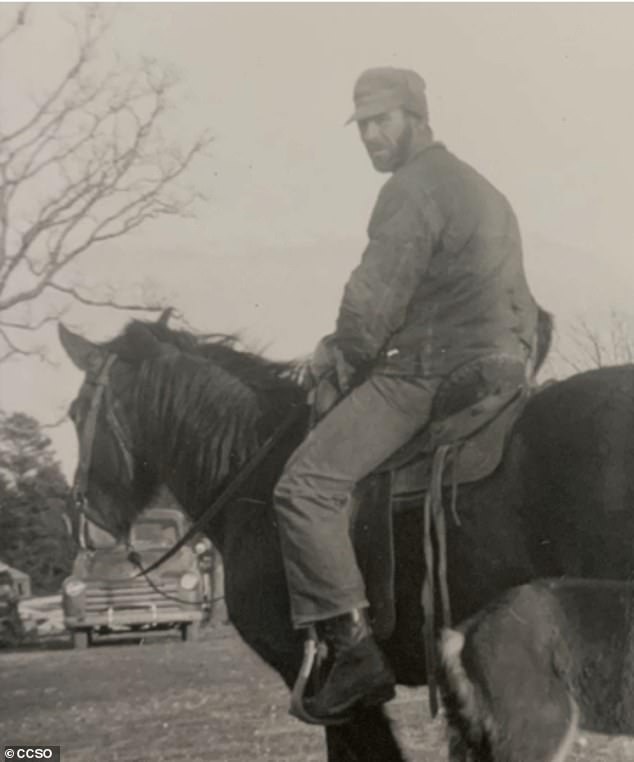 Pictured: Kenneth Gould, who died in 2007, was determined to be the pair’s killer thanks to forensic genealogy and advancements in DNA profiling, according to law enforcement 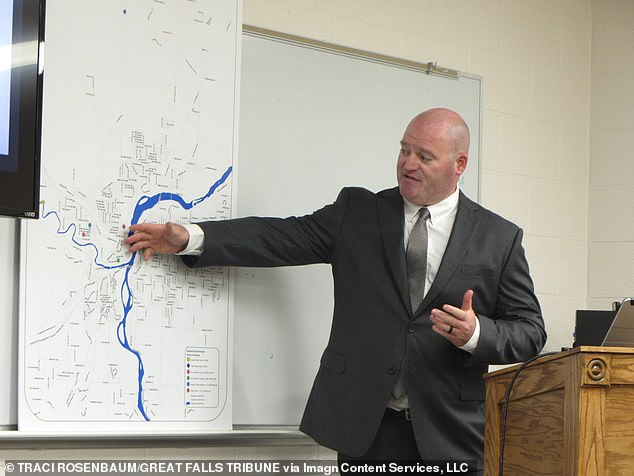 After the murders, Gould sold his property near the town of Tracy.

His family lived in the Montana communities of Geraldine and Hamilton before moving to Missouri in 1967.

They did not return to Montana.

Gould did not have a known criminal history and was not interviewed during the murder investigation, but his name did appear in the Great Falls Tribune a few times, according to the news outlet.

‘On June 8, 1943, when Gould was 15, he was reported missing after he left his grandmother’s home in Buffalo and could not be located.

He was found a week later working at a ranch at Arrow Creek about 60 miles away,’ the Tribune reports.

Then in 1960, Gould’s 4-year-old daughter, who was born only a month before the murders, died from an illness.

Investigators did not find any connections between Gould and the victims.

Kadner told the Tribune that most of Kalitzke and Bogle’s family has already passed away, but said those he was able to make contact with appreciated the closure. 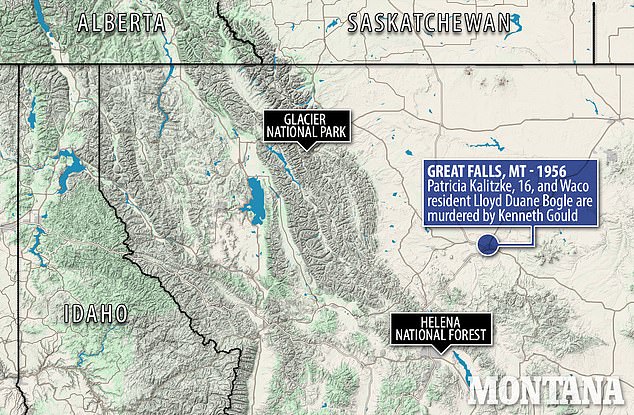 Officers kept working the case because of the circumstances, Kadner said.

‘You had two young, vibrant individuals that were well-liked among their peer group,’ he said. ‘Investigators poured their heart and soul into this case. They leave a little bit of themselves, from what I´ve seen.’

‘Quite frankly, that’s our duty,’ added Sheriff Jesse Slaughter. ‘Our duty is to make sure that we solve these cases.’