More than 80 climate anarchists set up roadblocks on the M25 during rush hour today for the second time this week in an apparent bid to force action to reverse climate change and save the planet – while stranded motorists angrily told them ‘we’ll lose our jobs’.

Eighteen demonstrators from Insulate Britain halted traffic near Junction 23 at South Mimms while another group shut down the main carriageway of the M25 anti-clockwise in Surrey between Junction 9 at Leatherhead and Junction 8 at Reigate.

Protesters held signs which said ‘sorry for the disruption’ as they clashed with drivers stuck in the queue. One motorist at the scene told LBC: ‘They are working against themselves’, while others screamed abuse telling the activists ‘we’ll lose our jobs’.

Insulate Britain – a different group from that whose demonstrators were arrested after the first M25 blockade this week – want the Government to ensure all social housing in Britain is properly insulated by 2025 to help fight climate change.

Most of the activists who brought the M25 to a standstill just three days ago have been arrested for the crime of blocking a public highway, which carries a maximum penalty of £1,000 but just a fifth of that for the first offence – but could be let off with £200 fines.

Hertfordshire Police has arrested 18 people, while Kent Police and Essex Police detained 12 each. Essex has released nine people under investigation and three on conditional bail.

Surrey arrested 35 people and released 15 on conditional bail and the rest under investigation, saying officers needed time to collect additional evidence. The Met arrested 15 people for the offence of blocking a public highway.

Other arrests were for a range of additional offences including causing a public nuisance and conspiracy to cause danger to other road users. Both these crimes carry higher penalties, including imprisonment.

Scroll down for video. 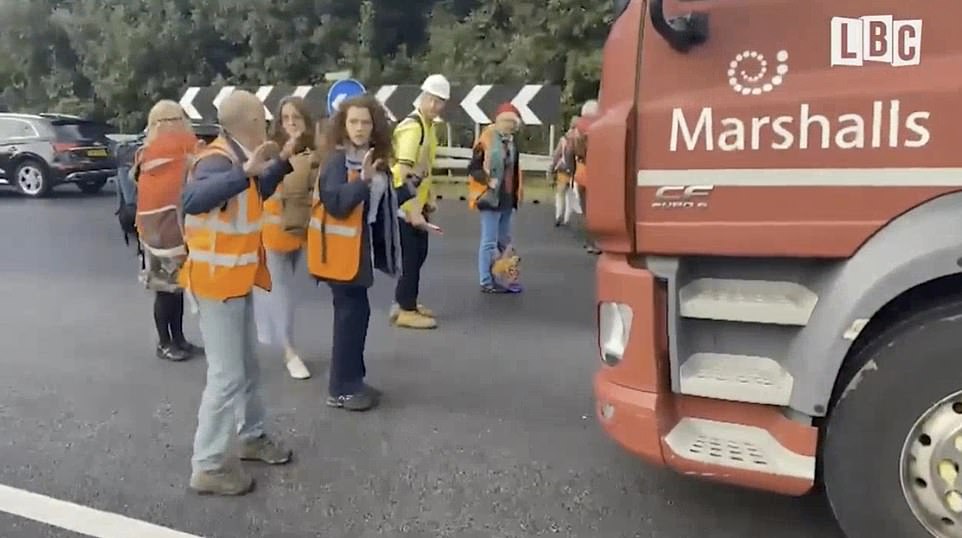 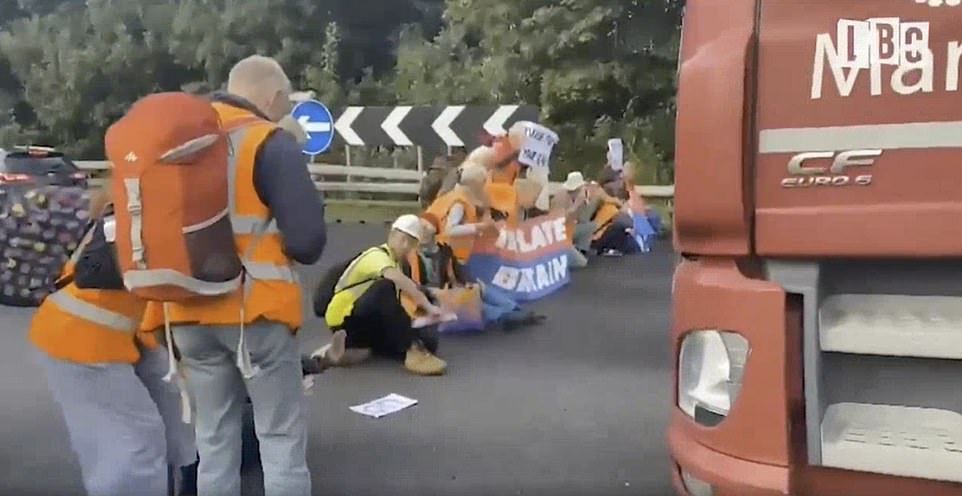 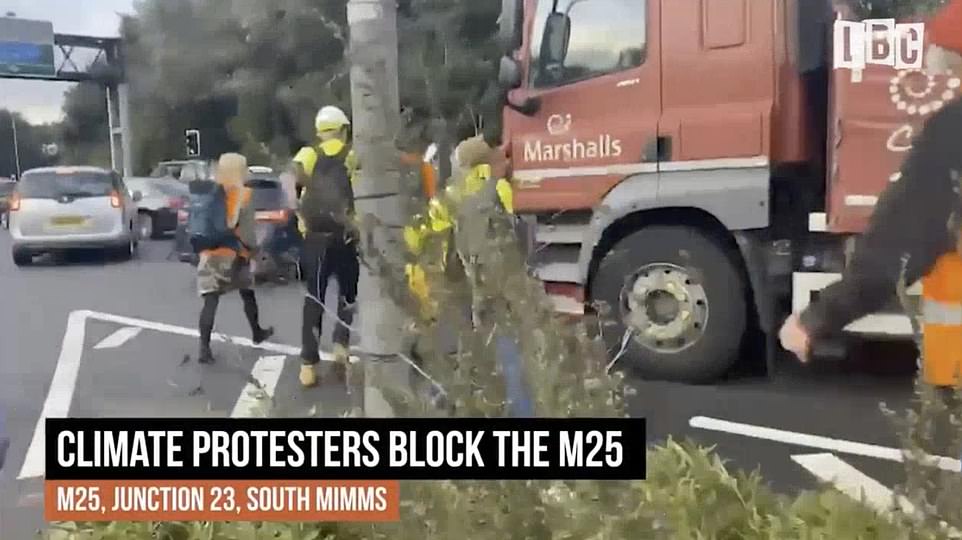