Drug use should be decriminalised and treated as a health problem because decades of hardline approaches to the problem have failed, former Tory leader Lord Hague said today.

The former minister said that the UK should follow the lead of Portugal, which has seen use drop after it cut criminal sanctions and ploughed money into healthcare instead.

The former Opposition leader admitted he had been guilty, like other Conservative politicians, of a reluctance ‘to abandon a ”tough” law and order approach’.

But he said it was now clear something had to change to tackle the ‘massive social problem’, adding: ‘We will never suppress the supply of drugs while the demand goes on.’

Writing in today’s Times, the peer said: ‘Portugal has not legalised drugs and still punishes drug-trafficking.

‘But after decriminalisation, all major indicators in a variety of studies have improved, including an 18 per cent fall in the total costs to society after 11 years.

‘By 2010, the number of drug offenders sent to criminal courts had halved.

‘Less law enforcement work will have helped to pay for better treatments. Might this not be worth a try?’ 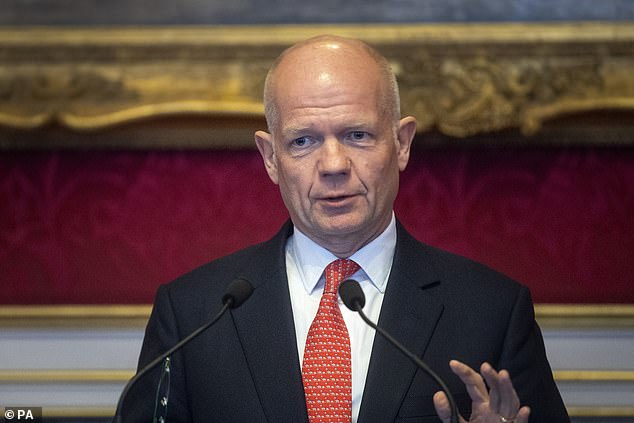 The former minister said that the UK should follow the lead of Portugal, which has seen use drop after it cut criminal sanctions and ploughed money into healthcare instead. 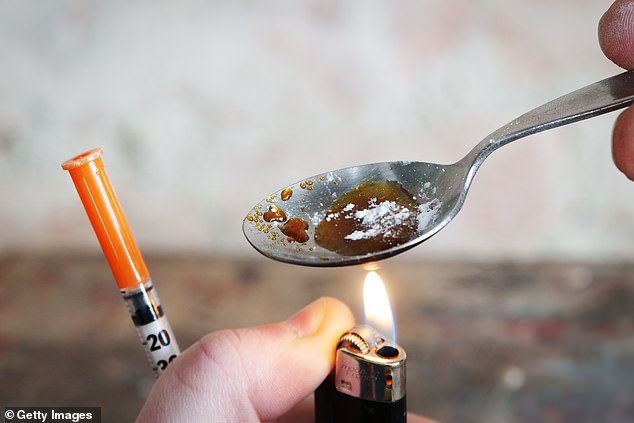 The former Opposition leader admitted he had been guilty, like other Conservative politicians, of a reluctance ‘to abandon a ”tough” law and order approach’. But he added: ‘We will never suppress the supply of drugs while the demand goes on.’ 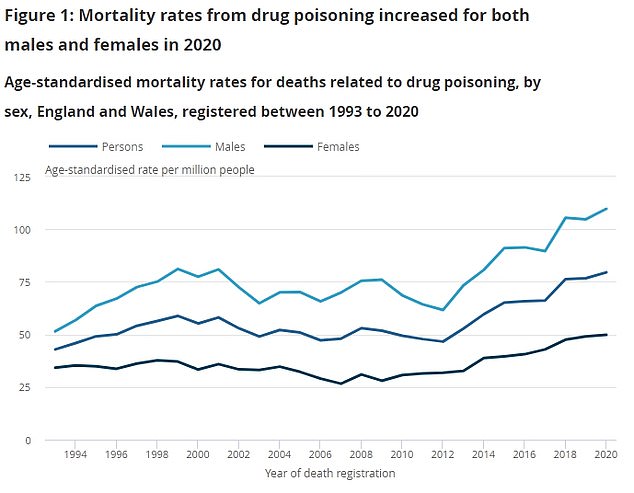 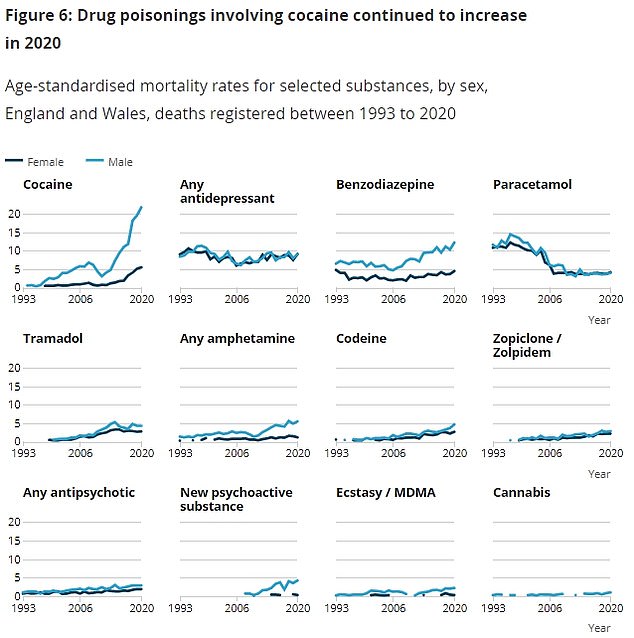 Heroin, morphine and cocaine were behind the most drug-related deaths in 2020

Office for National Statistics figures revealed that drug-related deaths have risen to their highest level in almost 30 years.

Charities slammed the figures as ‘tragic and concerning’ and called on the Government to do more to help people with addictions.

But one said the rise in cocaine-related deaths, which were the second highest in the country, were sad but ‘especially unsurprising… given that the drug is so readily available and as easy to order as a Deliveroo’.

Below are the top ten drugs that sparked the most deaths from addiction:

He added:  ‘Recreational drug use is no longer unmentionable but in most governments the issue of drug addiction remains unresolvable.

‘Ministers face conflicting advice, bureaucratic inertia and a fear of doing the wrong thing. Amidst low public expectations of any change, it is safer to try more of the same.

‘Labour fear being depicted as ”soft” if they deviate from established policies. Lib Dems have always differed but been seen as sandal-wearing potheads as a result.

‘Many Tories are reluctant, as I was two decades ago, to abandon a ”tough” law and order approach.’

Last week official figures showed deaths from MDMA, cocaine and sleeping pills such as Xanax have spiralled up to 10-fold in a decade.

Office for National Statistics data showed drug fatalities had surged to their highest level since 1993, with 4,561 deaths in England and Wales registered last year

It was the ninth successive year that drug fatalities have risen.

Meanwhile Nicola Sturgeon was accused of presiding over ‘national shame’ as Scotland’s drugs deaths hit a new record of 1,339.

The grim toll went up 5 per cent last year, the seventh annual rise in a row, as the country continued to have the worst fatality rate in Europe.

MDMA, also known as ecstasy, was behind 10 times more deaths in England and Wales than in 2010, and among men fatalities linked to the drug were 13n times higher than 10 years ago.

Cocaine-related fatalities jumped almost five-fold over the same period to 777, with rates among women soaring from just 19 to almost 160.

And deaths involving benzodiazepine — a class of powerful sleeping pills that include Xanax and Valium — rose by almost 60 per cent in ten years.

Experts said today the figures were sad but not surprising, especially for cocaine ‘given that [the drug] is so readily available and as easy to order as a Deliveroo’.

They slammed the data as ‘tragic and concerning’, and called on ministers to urgently dish out extra support to fix the ‘public health emergency’.

Many of those who died from taking illegal drugs were born in the 1970s. The victims include members of the so-called ‘Trainspotting generation’ that live in poorer towns and cities and became addicted to heroin in the 1990s when prices were cheap.

Health Secretary Sajid Javid responded to the figures today saying the Government ‘is committed to tackling drug misuse and saving lives’. Ministers are now proposing to make naloxone — a medicine that can reverse the effects of an opioid overdose — more widely available.