Dementia victims and their families have paid a staggering £14billion for social care since Boris Johnson vowed to ‘fix’ the broken system.

The promise of ‘once and for all’ reform came on his first day in Downing Street in July 2019.

But 22 months later nothing has materialised – and the issue was again kicked into the long grass in the Queen’s Speech on Tuesday.

Figures published today show that the ‘catastrophic’ £14billion paid out by families eclipses the £9billion contributed by the state since the Prime Minister made his pledge.

Sky-high bills for care homes, which can reach £6,000 a month, mean many will have lost most of their savings, making them unable to pass on the family home to their children. 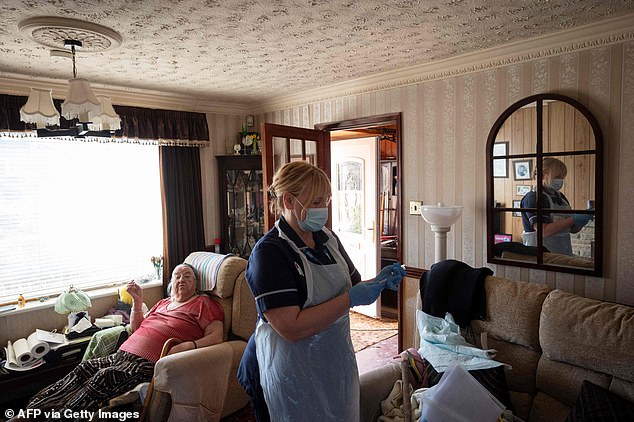 ‘People with dementia and their families are still forced to spend catastrophic sums which all too often still fail to provide people with the quality of care they need.

‘The Queen’s Speech was an obvious opportunity missed for the Government to give a clear plan on how they will help tens of thousands of families struggling daily without the support they need.’

She added: ‘Throughout the pandemic, family members had to pick up the slack when the care system has faltered and failed.’

Jeremy Hunt, the Conservative former health secretary who chairs the committee, said: ‘Every day new evidence is emerging of the crisis in our care system.

‘More delay to reform could be critical for a system already on its knees. Ministers must now bite the bullet and produce their long-promised plan.’

Under England’s current rules, pensioners must fund the full bill for their care down to their last £23,250. Only then will councils step in to help pay.

The Alzheimer’s Society says families contribute 60 per cent of the cost of professional social care, with local authorities providing the rest.

It says families affected by dementia have paid out £32billion since Theresa May first promised a green paper on fixing the crisis in March 2017. 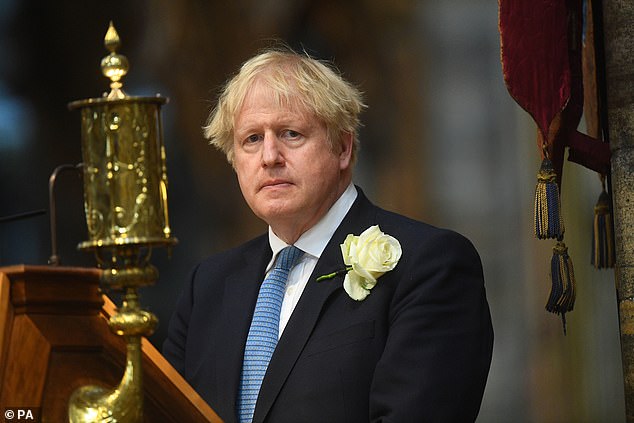 On his first day in Downing Street in July 2019, Boris Johnson vowed to ‘fix’ the broken system with a ‘once and for all’ reform [File photo]

Since Mr Johnson replaced her the collective outlay has been £14billion – around £21million a day.

On his first day in office he said: ‘My job is to protect you or your parents or grandparents from the fear of having to sell your home to pay for the costs of care.

‘And so I am announcing now – on the steps of Downing Street – that we will fix the crisis in social care once and for all with a clear plan we have prepared.’

Nothing has been forthcoming aside from a promise that plans will brought forward by Christmas. And, despite weeks of talks, No 10 and the Treasury have been unable to agree on how to fund a shake-up.

A Department of Health and Social Care spokesman said: ‘We have pledged to fix the social care crisis to give everyone who needs care the dignity and security they deserve and are committed to bringing forward a long-term plan to reform the social care system later this year.’

Rishi Sunak has denied blocking plans to reform social care while warning that Britain must decide how to pay for any increased state funding.

The Chancellor said ‘it takes time to get it right’ and pointed out that an ageing society meant the costs could only rise.

In a hint that taxes might need to go up to meet an estimated £10billion bill, he added: ‘We need to understand how collectively all of us will pay for those reforms.’

Boris Johnson would like to see a lifetime cap on the costs of care, perhaps set at around £45,000, with the state stepping in to pay the rest.

It has been reported that the Treasury is refusing to sign off the scheme, which is why it was not included in the Queen’s Speech this week.

The Chancellor is said to want to ensure any reforms will work into the 2040s, when the number of elderly people is far higher.

Asked by Channel 5 News whether he was the block to finding the money, Mr Sunak replied: ‘No. The Government remains committed to supporting the social care system, and that’s all a manifesto promise. This is a complicated issue and it’s an important issue and it takes time to get it right because we have an ageing society. That demographic pressure, together with rising social care costs does put pressure on the system.

‘Ultimately, all the money we have is taxpayers’ money. So we need to make sure that we get the reforms right.’