Disgusting footage shows the gory moment a snake regurgitated its last meal – a toad that is still alive.

Richard Hancock, 38, and his family spotted their Jack Russell terrier Jiggy playing with something in their garden and went out to investigate.

They discovered the dog had been batting a grass snake around the garden and throwing it into the air before the family pulled him away.

Richard’s partner Sarah Leather, 41, used to work as a veterinary nurse and after checking the snake was not injured, they left the reptile in the garden. 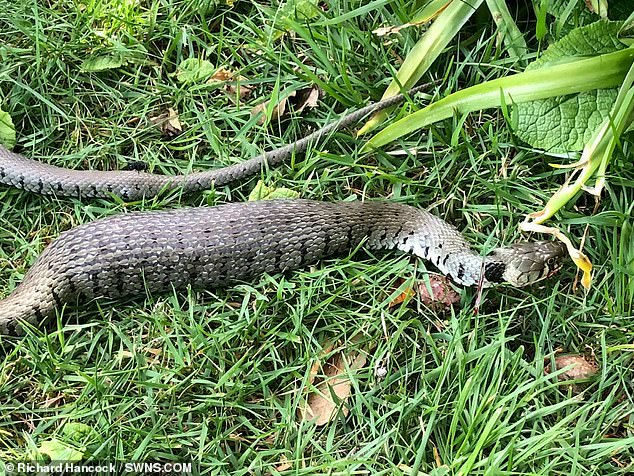 Richard returned to take photographs ten minutes later only to find the snake thrashing and curling up on the grass before regurgitating the live toad.

He captured the shocking scene on his phone as the incredibly live toad emerged from the snake’s mouth.

Sarah gave the toad a little bath before it was back to croaking and jumping around in the garden just an hour after his very close brush with death on May 7. 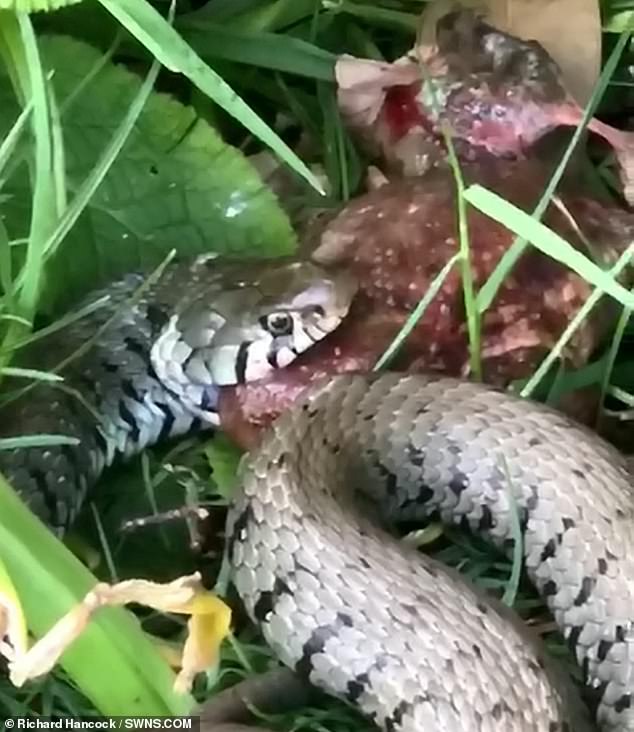 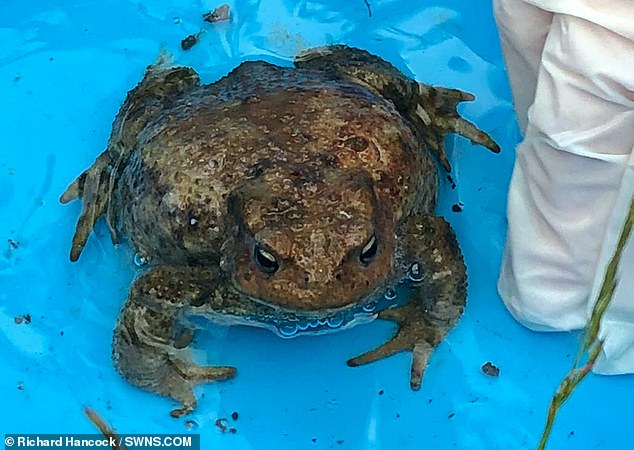 After being regurgitated from the snake, Sarah who was wearing gloves gave the toad a bath 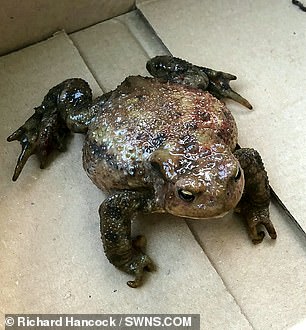 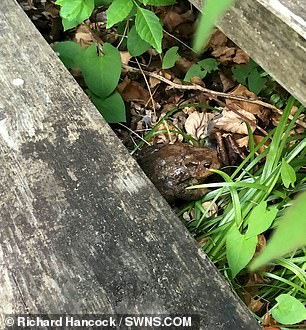 After its bath the toad was croaking and jumping around the garden despite its near death experience. Richard and Sarah placed it back in the garden and it hid under a step

Richard, from Bideford, North Devon, said: ‘It was an incredible sight – I always have my phone on me to capture rare moments like this.

‘A while after the snake had regurgitated the toad and slithered off, my father in law went to pick up the toad and bury it but instead found it sat upright covered in the snake’s digestive juices.

‘We poured some water over it and then my other half gave the toad a proper wash in an old tub from inside the house.

‘After Sarah washed the toad off, it looked absolutely fine, we were all absolutely stunned that it seemed to show no ill effects at all.

‘We considered keeping him contained in a suitable enclosure and keeping an eye on him but decided it wasn’t necessary as he was croaking and jumping around like nothing had happened.

‘Needless to say, it was a pretty extraordinary experience!

‘I don’t know how long a toad can last after being swallowed by a snake, but it must have been in there a little while which makes his escape a rather miraculous one!’

The most common reasons for regurgitation in snakes is low-environmental temperature, handling the animal too soon after eating or if the animal becomes stressed or startled, according to Reptiles Magazine.