Matt Hancock today hailed the permanent closure of four of England’s Nightingale Hospitals as an ‘important moment in the nation’s Covid recovery.

The Health Secretary said the combined success of the vaccine roll-out and ‘everybody’s commitment to stick by the rules’ meant there was little need to keep the emergency facilities open.

Britain has seen dramatic declines in Covid hospitalisations and deaths thanks to the highly effective jabs and the strict lockdown, with the number of infected patients in hospitals plummeting from 40,000 in January to fewer than 10,000 now.

The Nightingales, which ministers threw more than £500million at, were set up in every region of the country during the first wave in case NHS wards were overloaded with patients with the disease.

Despite the fact they stood empty for the majority of the pandemic and only treated a handful of patients due to staffing issues, Mr Hancock claimed the hospitals had played a ‘critical role’.

In a video posted on his Twitter account, he boasted the facilities were ‘monuments to this nation’s ability to get things done fast when it really matters’.

Four out of the seven hospitals –  in Birmingham, Manchester, Bristol and Harrogate – will shut their doors permanently in April. The three remaining Nightingales in Exeter, London and Sunderland, will be kept either as extra NHS capacity for routine work or as Covid vaccine centres. 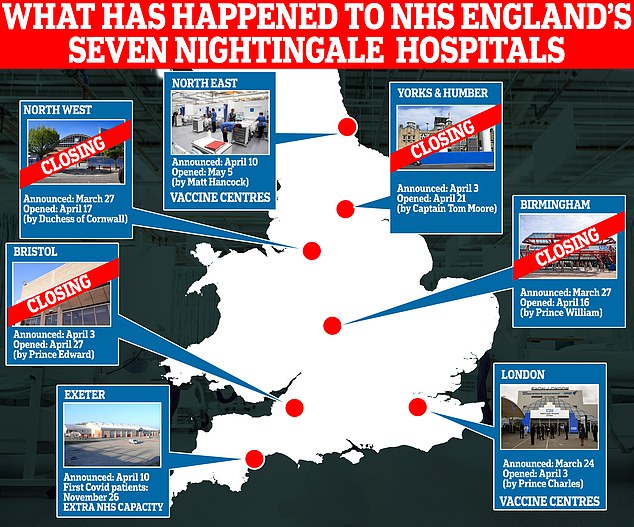 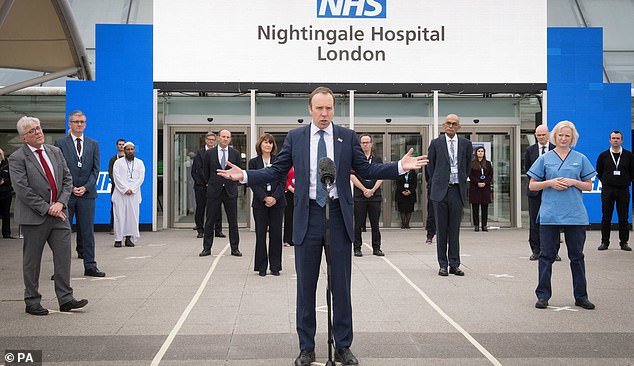 Health Secretary Matt Hancock is pictured at the opening of London’s 4,000-bed Nightingale Hospital in April

Mr Hancock added: ‘In this pandemic our nation has had to rise to some very significant challenges, and one of those challenges has been making sure that there’s the NHS capacity we need.

‘Our NHS Nightingale hospitals are monuments to this nation’s ability to get things done fast when it really matters.

‘Built in just a matter of days, they gave us the confidence that the NHS would fulfill its timeless promise to always be there for you, to care for you and your family.

‘The Nightingale hospitals played a critical role, and now thanks to the combined effort of the vaccination programme, and everybody’s commitment to stick by the rules, there are fewer than 10,000 people in hospitals across the UK.

‘That’s down from a peak of almost 40,000 only seven weeks ago. Because of this progress, today we’re able to take an important step.

‘We’re now in a position to stand down our Nightingale hospitals. This is an important moment in our national recovery and I want to thank all of those who’ve been involved in this incredible project.’ 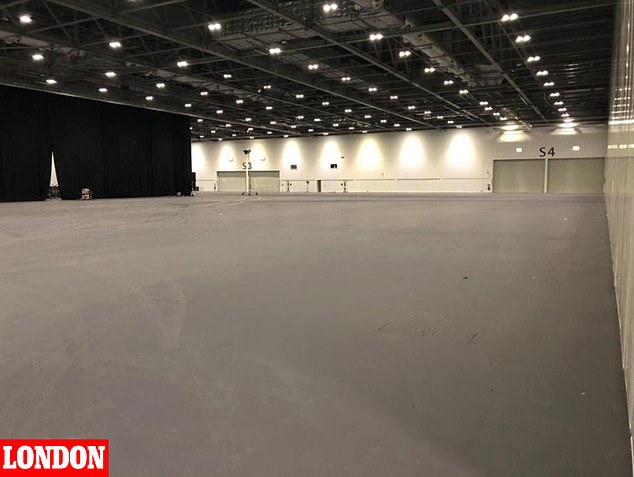 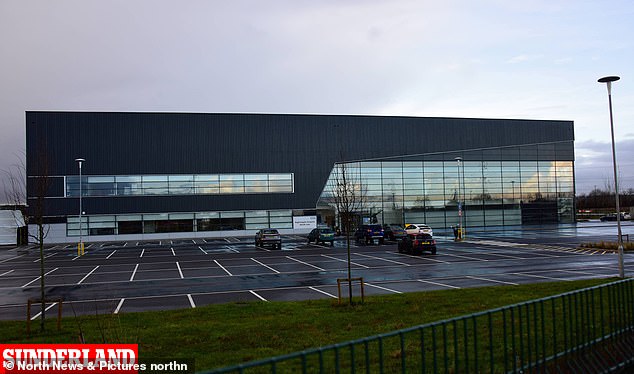 Sunderland’s Nightingale Hospital will remain open as a vaccination clinic 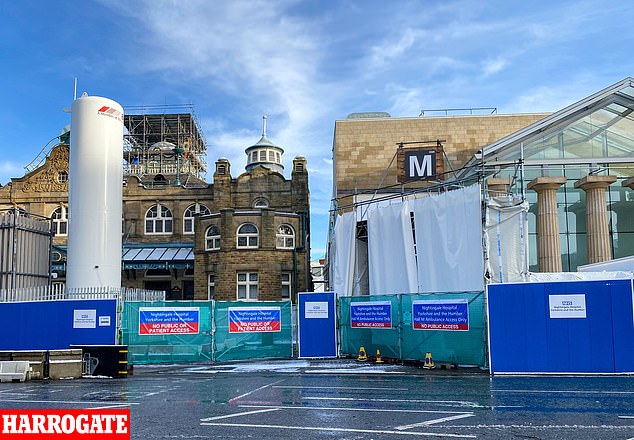 The Harrogate Nightingale will be closed for good by the end of March, reverting to its former use as a convention centre

A TIMELINE OF THE NIGHTINGALE HOSPITALS

The closure of the Nightingales marks a step-change in Britain’s future with the coronavirus, suggesting health chiefs are now confident in the NHS’s ability to cope.

As the vaccination programme steams ahead – almost 22.4million people have had a jab protecting them from severe illness – the ratio of infections to hospital admissions should shrink to a fraction of its previous size.

Although scientists are convinced there will be a third wave of infections when lockdown lifts, experts and ministers hope the jabs will, for most people, reduce the virus to a simple cold or a sniffle.

NHS England confirmed the hospitals would close and a spokesperson said: ‘Since the very early days of the pandemic the Nightingale hospitals have been on hand as the ultimate insurance policy in case existing hospital capacity was overwhelmed.

‘But as we have learned more about coronavirus, and how to successfully treat Covid, existing hospitals have adapted to significantly surge critical care capacity and even in the winter wave – which saw more than 100,000 patients with the virus admitted in a single month – there were beds available across the country.

‘Thank you to the many NHS staff and partners who worked so hard to set the Nightingales up so swiftly and of course the public who followed the guidance on controlling the spread of the virus and helped to prevent hospitals being overwhelmed.’

When the four Nightingales have closed, the one in Exeter, in a large unit on an industrial estate, will remain open as a diagnostic centre for the local NHS.

The Sunderland and London hospitals – built in conference centres – will remain open as vaccination clinics for the Covid-19 jab rollout.

The Harrogate hospital will be used by the local NHS while it is dismantled and turned back into a convention centre.

In Bristol, the hospital will be reverted back to an exhibition centre at the University of the West of England (UWE).

The Nightingales were controversial because they were so lightly used by Covid-19 patients during the worst of the pandemic.

Ministers splashed the cash on seven Nightingales amid fears hospitals would be overwhelmed by Covid during the darkest days of the spring.

And 19 temporary field hospitals were built in Wales, while Scotland and Wales opened one each at further expense to public funds.

But after they were mothballed in December it emerged health bosses had already started stripping the flagship Nightingale in London of its 4,000 beds, ventilators and even signs directing ambulances to wards. Photos from inside the hospital revealed it was virtually deserted, with wards emptied of beds, chairs stacked on top of each other in storage and no ambulances outside.

Pressuring NHS bosses to keep the hospitals open, a Covid-19 adviser to the British Medical Association called on them to use the emergency units for the ‘purpose for which it was built’.

‘As far as I am aware the Nightingale hospital in Exeter is the only one being used for Covid patients – the purpose for which it was built,’ said Dr David Strain, who is also a hospital consultant in Exeter.

‘They are the less sick patients – we don’t have the staff to run two intensive care units in the main hospital and the Nightingale.’

Many Nightingales have stood empty for months, despite ministers hailing them as a ‘solution’ to the Covid crisis when they were first opened to huge fan-fare.

Sunderland’s make-shift facility, which wasn’t used at all during the pandemic, remains closed.

London’s – which was opened by Prince Charles – was dismantled, with unused beds sent to other struggling hospitals across the capital.

Others were re-purposed to treat non-Covid patients to take the pressure off main hospitals, with some tipped to become vaccination centres.

Manchester’s was open for ‘non-Covid care’, while locations in Bristol and Harrogate operated as ‘specialist diagnostics centres’ or for local medics.

Only Exeter’s Nightingale was being used to treat Covid-19 patients over Christmas, with figures showing there were 28 people on its wards on December 23.