The UK has just months to avoid huge disruption to holidaymakers when new EU rules come into force – with tourists facing 17-mile tailbacks, the chief of Dover port has warned.

British tourists headed for city breaks in Paris or sunny getaways in Spain in September could be hit by new biometric checks set to be required at the border.

A nightmare scenario where the new rules are enforced without a solution could see tourist traffic at the crucial ferry port grind to a halt, chief executive Doug Bannister warned.

Previously there have also been fears the new border checks could lead to 17-mile tailbacks in Dover – and time could be running out to fix the problem.

As it stands, drivers would have to exit their vehicles to undergo biometric checks at the border – something that could cause massive delays in the Kent port. 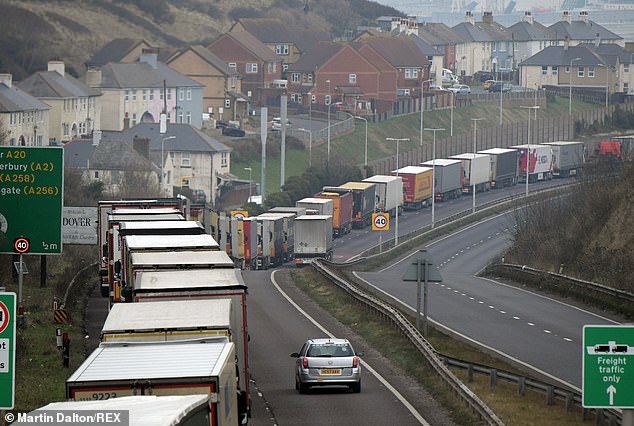 As it stands, drivers would have to exit their vehicles to undergo biometric checks at the border – something that could cause massive delays in the Kent port

Speaking to the Transport Select Committee in November, Elizabeth de Jong, director of policy at trade body Logistics UK, said it would be ‘bad news’ if drivers had to leave their vehicles for biometric checks.

She said: ‘An increase in two minutes processing for each lorry would lead to a 17-mile delay at the Dover border.

‘If it is going to be implemented, then we will be needing to have the same amount of contingencies as we were having for our worst-case planning scenarios for Brexit and the Operation Stack. It is very bad news indeed.’

Mr Bannister said that they spotted the issue two years ago, but so far no fix appears to have been agreed by the UK and French governments.

The Government says it continues to engage with EU partners to ensure border arrangements work.

He said: ‘As it stands right now, nobody has got a process for a car load of people on a dark stormy night going through a ferry terminal.

‘So if we had to follow the airport process in the ferry port, that would entail people exiting their vehicle in the middle of busy traffic lanes.

‘That would be unsafe and we just couldn’t allow that to happen.’

He says the issue can only be solved by governments striking a deal, perhaps involving a new piece of technology to allow people to pass through the port quickly and safely. 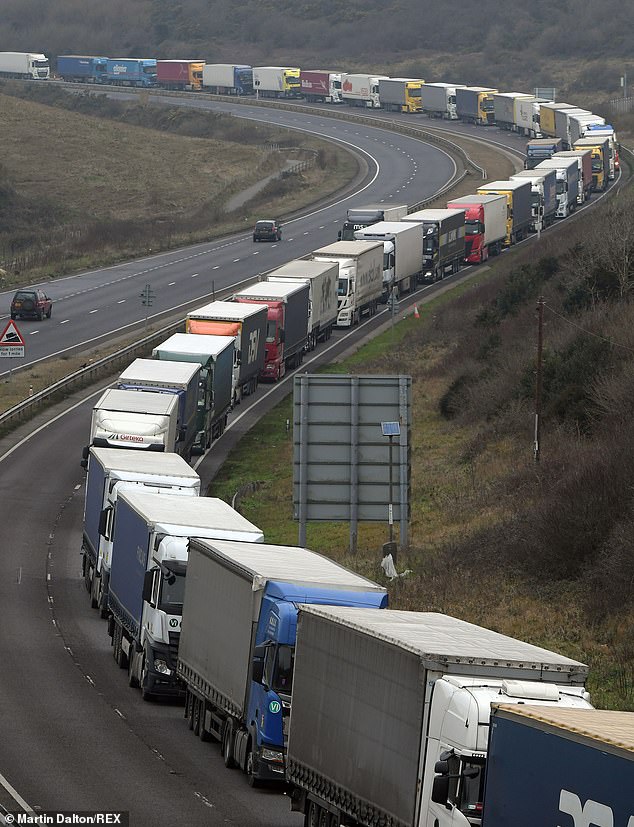 Asked what would happen if no deal was reached by the deadline and the checks were implemented without a fix, Mr Bannister said ‘that basically means that traffic has to stop’.

‘It would be unsafe to do anything otherwise’, he said, adding that it would be different for freight traffic.

Mr Bannister said he does not believe it will come to that, but emphasised the need for a solution.

His words come at a time where miles-long queues of lorries have been forming outside the port of Dover as the UK continues to navigate a post-Brexit world.

New EU border checks came into force this month which has been something to get used to in both Dover and Calais, Mr Bannister said.

He added: ‘I think it is true that the arrangements now are clunkier than they were when we were part of the single market.

‘But, you know, you can’t go back. You’ve got to play with the cards that you’ve been dealt, and so people will adapt and business will find its way.’

A UK Government spokesperson said: ‘The UK is continuing to engage with our European partners at an operational level and, in particular, where we operate juxtaposed controls, to ensure our respective border arrangements work and interact as well as possible