Watch out for Holly and Phil! Hundreds queue to get fish and chips for just 45p as new chippy branch celebrates its opening with 1972 prices

Hundreds of customers have queued for a one-off opportunity to get a portion of fish and chips for just 45p – amid a cost-of-living crisis that could see chippies raising prices to as much as £20.

Mother Hubbard’s in Sheffield, south Yorkshire, opened at 11am this morning and saw around 400 people waiting in line to claim the much-sought after bargain.

The chip shop chain first launched in Bradford in 1972 so the owners of the new shop decided to take a trip back in time to reflect those prices – and offer a classic fish and chips supper for only 45p.

With decorations from the 1970s, the shop is seeking to go back to its roots and offer its first 1,000 customers the 1972 experience. 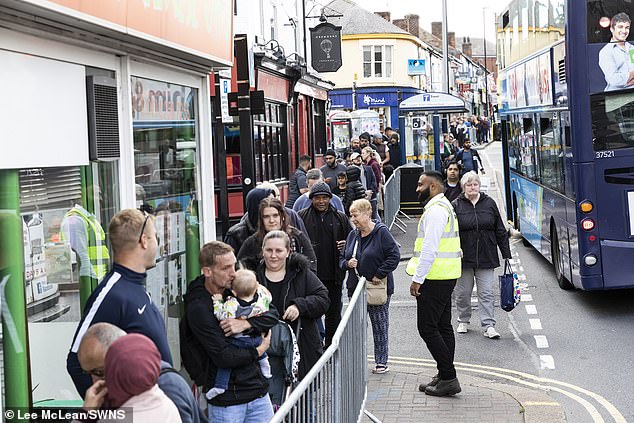 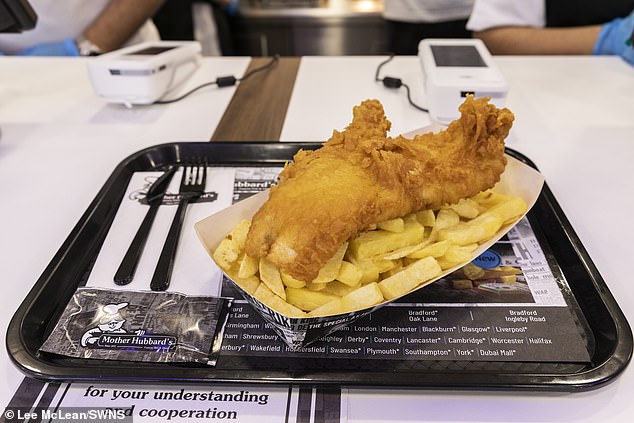 Head chef Chris Farnell told the Sheffield Star: ‘There will be fish and chips for everyone.

‘Because of lockdown and everything else people are having to face financially at the moment it’s great to be able to offer something like this to people.’

The new restaurant also offers a takeaway option and can seat 60 customers at a time.

It has prepared for big queues on opening day by getting 40 sacks of potatoes ready, each weighing 25kg, to keep up with demand. 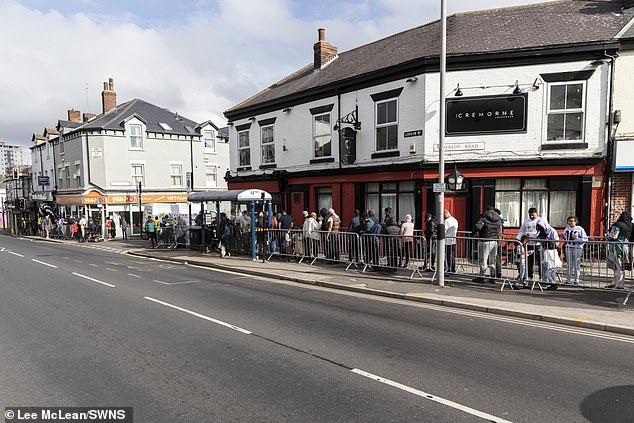 It comes after chippies warned a portion of fish and chips could soon soar above £20 after the mini-budget announcement yesterday – as prices could rise 50 per cent.

Chancellor Kwasi Kwarteng put forward a series of tax-slashing new measures, including a decision to fix corporation tax at 19 per cent, while restricting the basic rate of income tax to the same low figure. 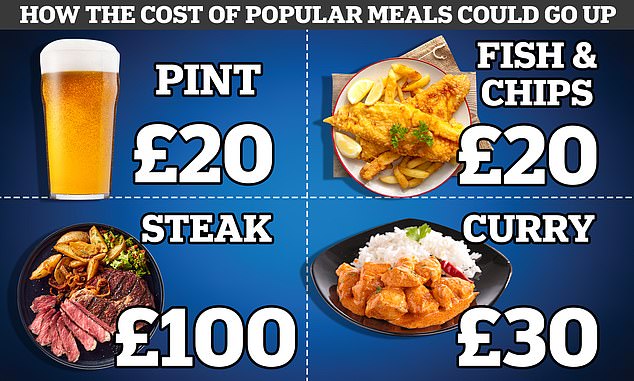 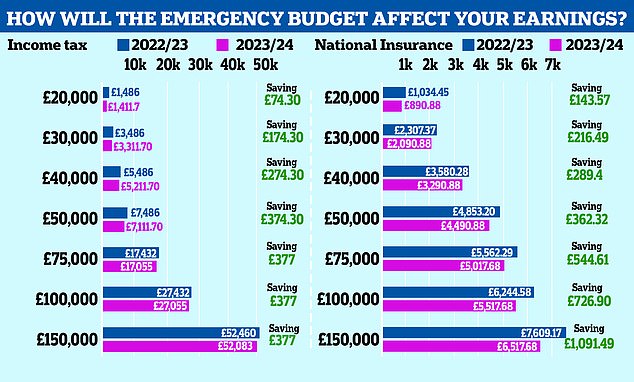 Steven Dhillon, owner of Fisherman’s Bay fish and chips in Whitley Bay, said a standard fish and chips which cost £8 a year ago has now increased to £10.20.

By January he fears prices could increase to as much as £16 per portion.

Many places in the capital are already charging £15 for a standard fish and chips – so a 50 per cent increase could see Londoners having to pay more than £20 in a matter of months.

The combination of a surge in bills and an increase in prices of raw ingredients such as fish, potatoes and oil, has led to an unprecedented rise in the cost of the much-loved British classic.

Andrew Crook, president of the National Federation of Fish Friers, slammed the government today for helping ‘bankers, not bakers and financiers, not fish friers’.

Reflecting on today’s announcements – which included a commitment to remove caps on city bonuses – he said the budget had ‘missed the mark completely’.

Mr Cook said: ‘This was the opportunity to take the pressure off small business, because it’s not just a job for us, it’s a way of life.

‘But they’ve missed the mark completely with this budget.’

In addition, curries could soon cost £30 and steaks £100 as fewer people will look to eat out as costs rise – in a move that will detrimentally harm the hospitality sector.

Pubs and restaurants across the UK are being forced to close among rising energy bills and costs.

Energy prices have at least doubled for most following Russia’s invasion of Ukraine as businesses face ‘crippling’ losses with winter approaching.