The only person convicted in the 2007 murder of British student Meredith Kercher was freed Tuesday after serving most of his 16-year prison sentence, his lawyer said.

Attorney Fabrizio Ballarini said Rudy Guede’s planned Jan. 4 release had been moved up a few weeks by a judge and he was freed on Tuesday. He will continue to work in the library at the Viterbo-based Center for Criminology Studies, Ballarini said in an email.

Guede had already been granted permission to leave prison during the day to work at the center while he served his sentence for the 2007 murder of 21-year-old Kercher. 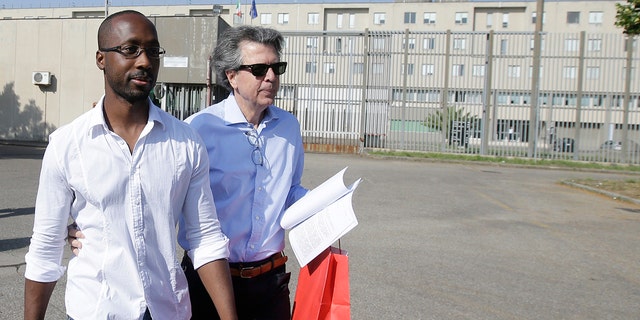 Rudy Guede, left, is greeted by an unidentified person as he leaves the penitentiary for a temporary release of thirty-six hours, in Viterbo, Italy, on June 25, 2016.
(AP Photo/Gregorio Borgia)

The case in the university city of Perugia gained international notoriety after Kercher’s American roommate, Amanda Knox, and Knox’s then-boyfriend were placed under suspicion. Both were initially convicted, but Italy’s highest court threw out the convictions in 2015 after a series of flip-flop decisions. 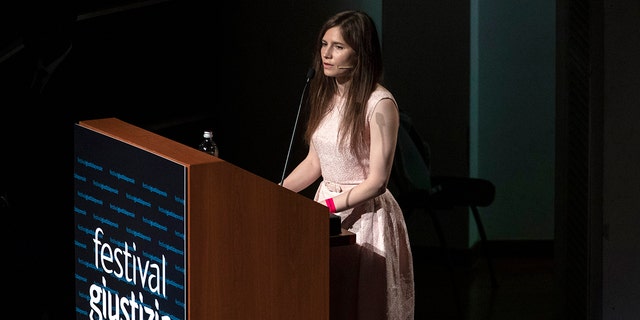 American journalist Amanda Knox delivers a speech during a panel session entitled "Trial by Media" during the first edition of the Criminal Justice Festival, an event organized by The Italy Innocence Project and the local association of barristers, on June 15, 2019, in Modena, Italy. Recently, the man found guilty of killing Knox’s roommate was freed.
(Emanuele Cremaschi/Getty Images)

Guede was originally convicted in a fast-track trial procedure. He has denied killing Kercher.