NBC's Kristen Welker and her husband John Hughes have welcomed their first child.

The anchor announced back in April that, after a battle with fertility, she was expecting a baby. 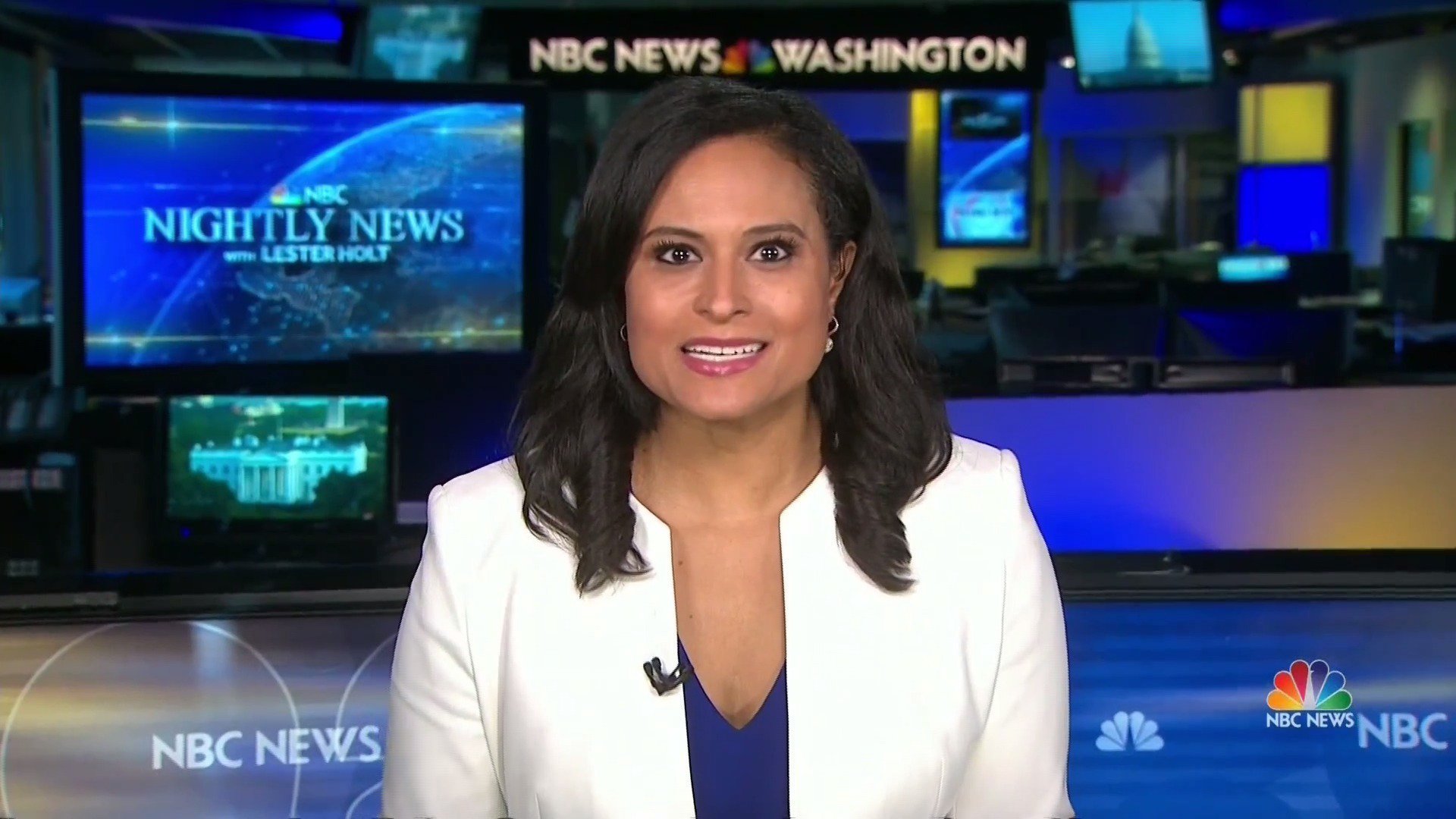 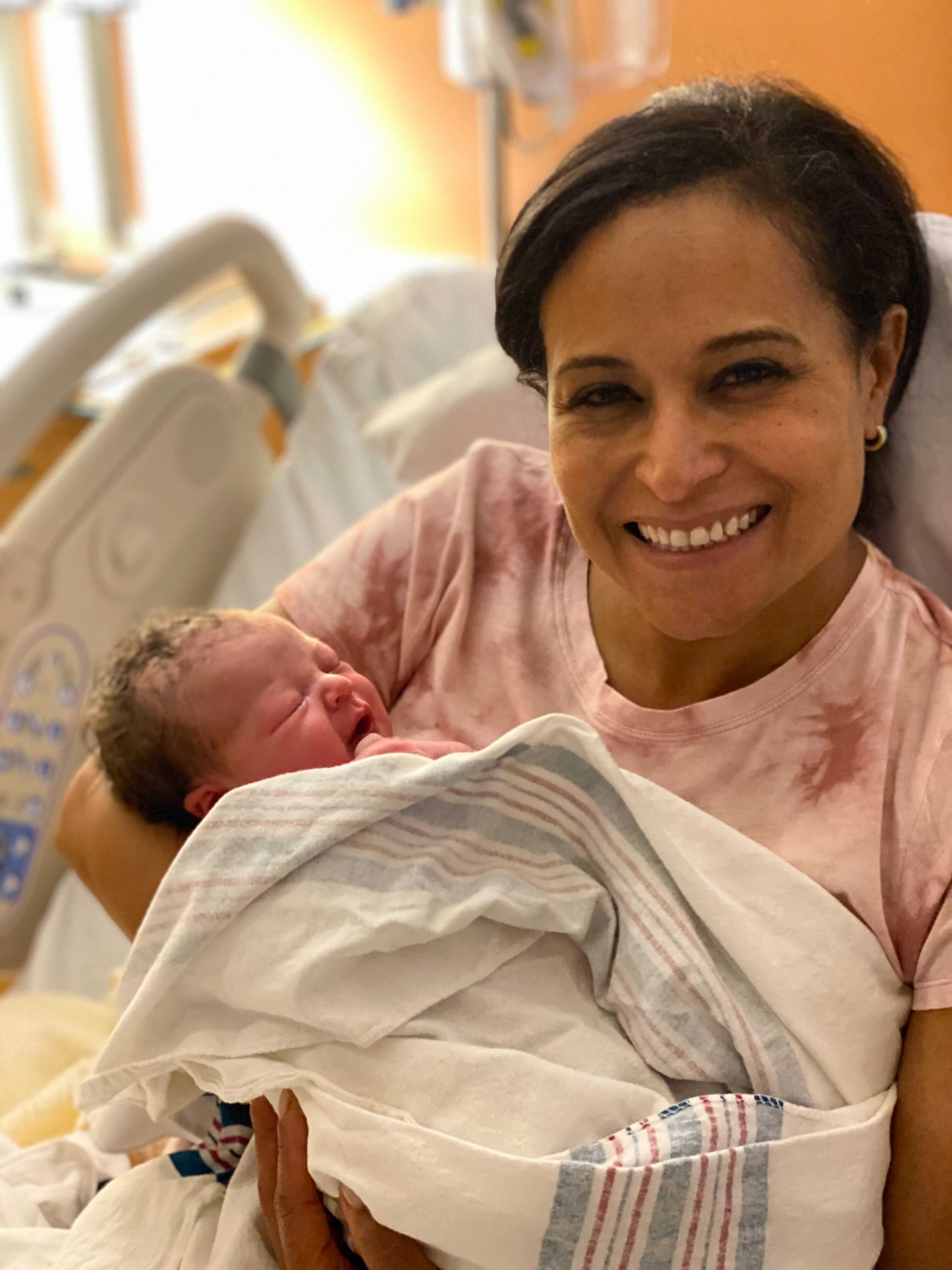 Margot Lane Welker Hughes was born at 2.12am on Saturday and weighed eight pounds and six ounces.

Their daughter was named in honor of Kristen's grandmother, Margaret, and has a family name in Hughes's family, Lane, also.

The couple's surrogate was discharged from the hospital on Sunday, with Welker saying that she shared the help of catching her daughter and her husband cut the cord.

"We stayed in rooms next to each other and visited throughout so that we and little Margot could thank her for bringing Margot into the world," Welker said.

"Also, Margot is truly the love of our lives. Seeing her precious face and looking into her eyes had made every minute of our journey worth it." 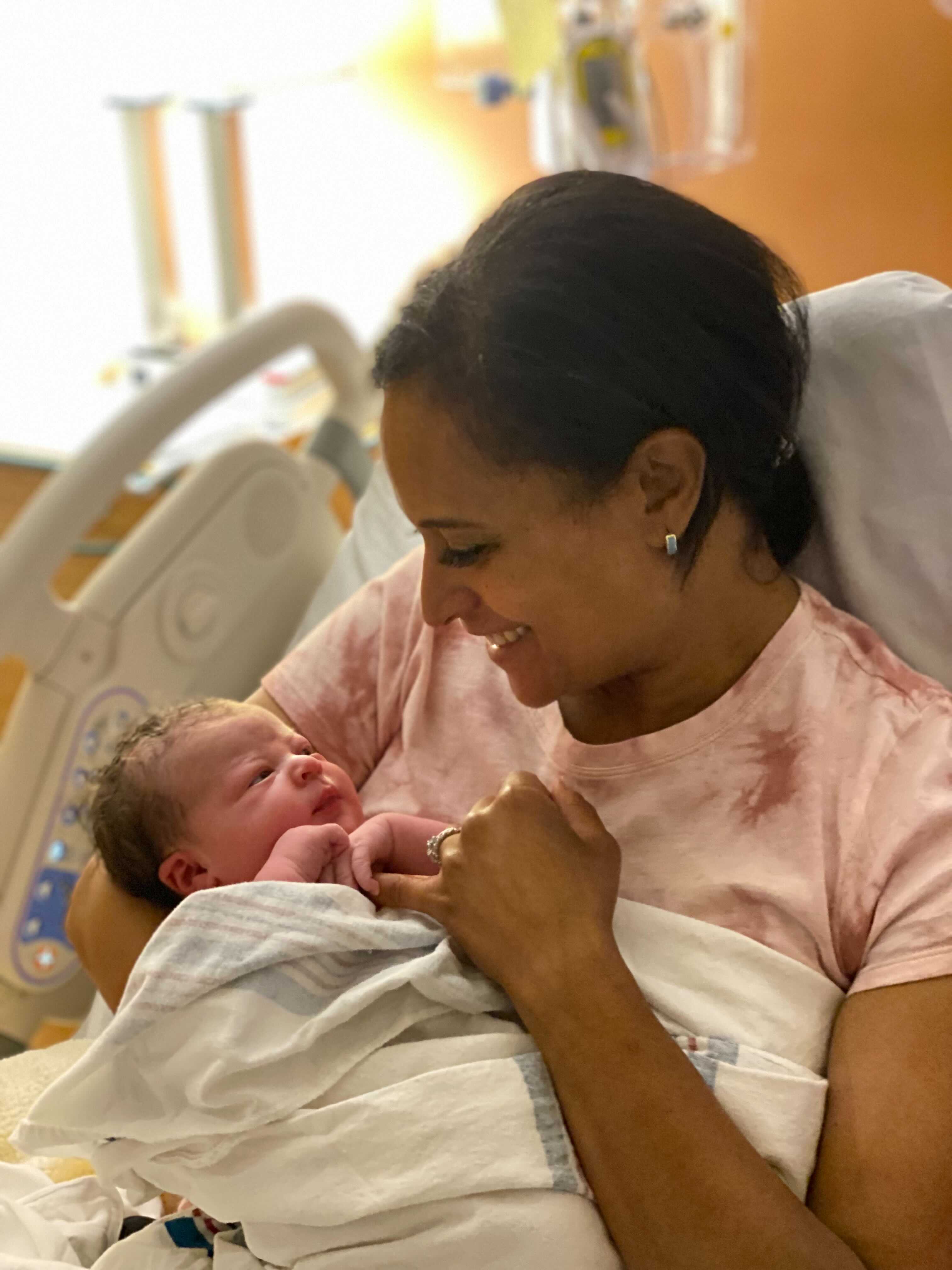 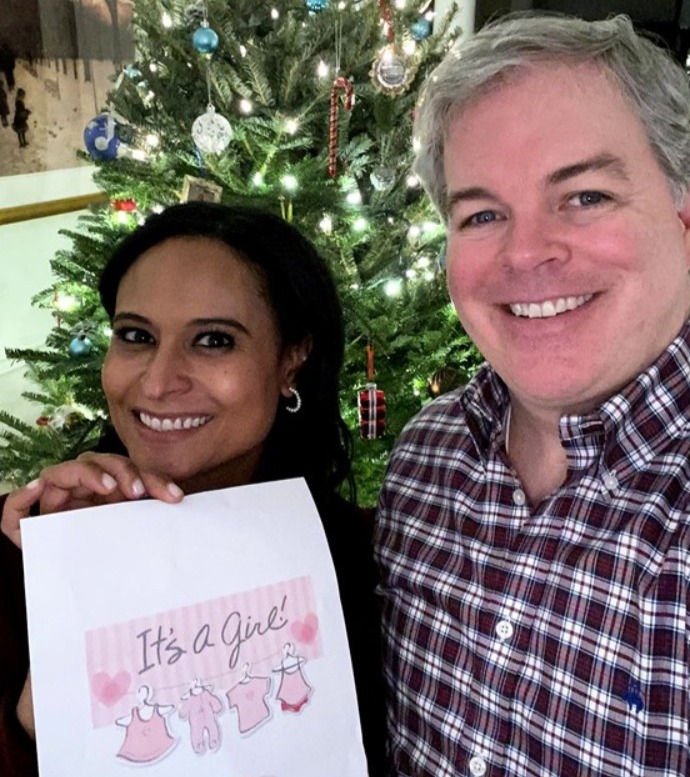 The announcement of their daughter's birth comes just months after Welker announced that the couple were expecting.

"After years and years of trying, I'm having a baby girl with John and we are so excited," she told Today show viewers back in April.

She went on to explain that she is having the child with help from a surrogate.

"I was 40 years old when I married John in March 2017. And we immediately started to try to have a baby," Welker revealed.

"It didn’t work immediately. So we thought, 'Let’s just go to a doctor as a precaution'." 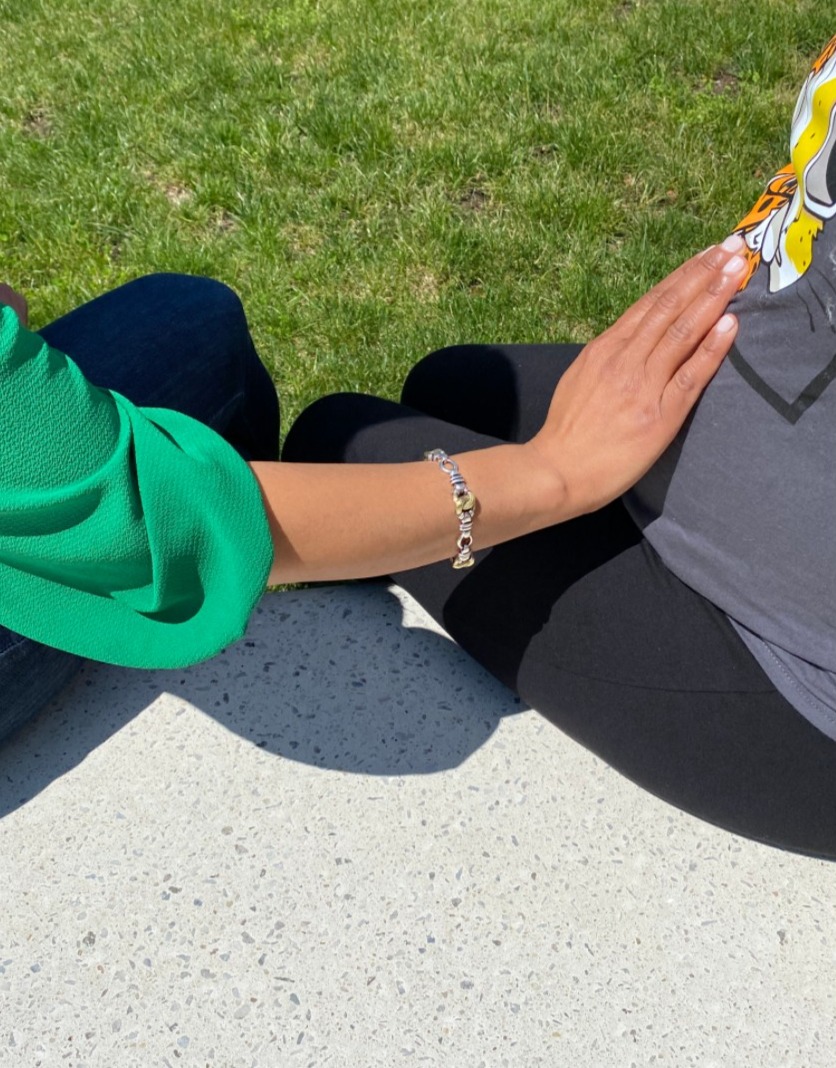 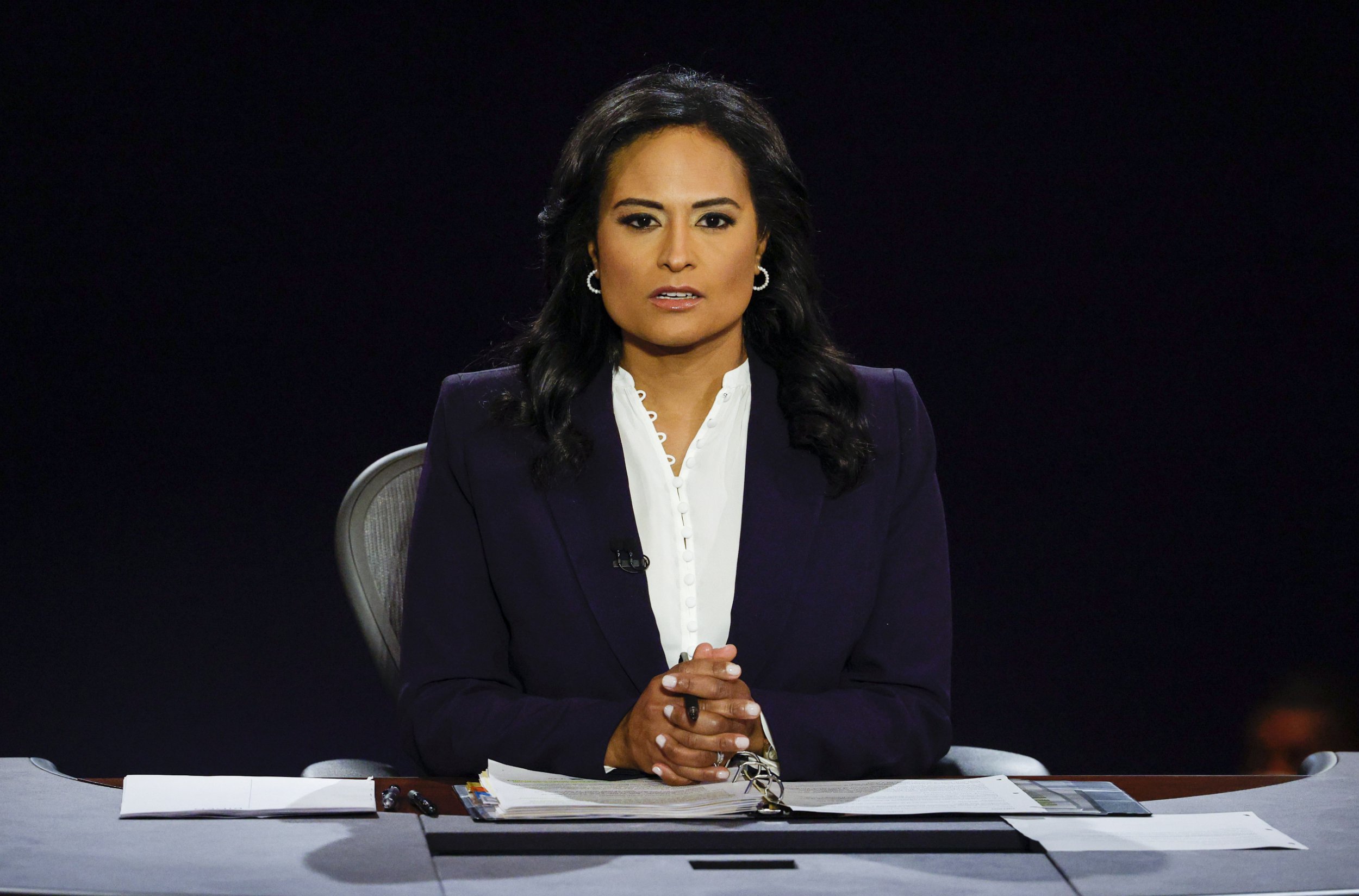 Welker went on to share a photograph on her Twitter of her hand on the surrogate's baby bump, adding that she is due in June.

Speaking about the IVF battle, Welker said that she was optimistic.

"First round of IVF, it went really well and I thought, ‘I’m going to be pregnant within the next few months, no problem'," Welker said.

However, she went on to receive news that her uterus was too thin to carry a child.

"And I thought, 'OK, well, let’s fix it. There has to be something that we can do to fix this'," she explained.

However, after years of heartbreak she decided to enlist the help of a surrogate to start her family.

"Being matched with a surrogate is one of the most extraordinary experiences I have ever had," she said.

Hughes echoed: "Our surrogate has been amazing. I can’t explain just how wonderful she’s been. For her this was about giving something to us that she felt a deep connection to."

Although the first transfer did not work, the surrogate became pregnant late last year.