As the first of Kevin O’Donnell’s victims to report the paedophile priest to police, he paved a courageous path for other abuse survivors to follow.

Now, he hopes the $1.375 million he will receive from the Catholic Church will stand as a landmark settlement that assists O’Donnell’s other victims who are seeking compensation. 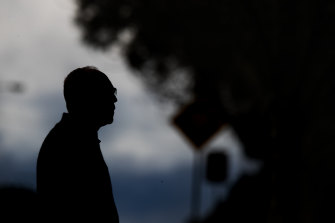 BTZ will receive $1.375 million from the Catholic Church after being abused as a boy by priest Kevin O’Donnell.Credit:Jason South

“I never let go of the bone. I just kept fighting it. I thought, ‘this is not right’,” said BTZ, as he is known in legal files.

“The Melbourne archdiocese has known I was a victim for 25 years and it’s only in the past couple of months they were forced into mediation to start the conversation about how much money they had to pay me.”

It is 50 years since BTZ was groomed and abused as an 11-year-old boy in Hastings by his parish priest. O’Donnell’s attacks continued until 1976 and included sexual assaults at the priest’s holiday house and on trips away.

By the mid-1990s, when BTZ was experiencing regular flashbacks, nightmares and what was later diagnosed as post-traumatic stress, he contacted support network Broken Rites and police. 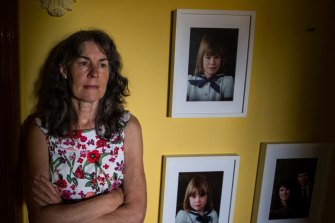 Chrissie Foster has welcomed BTZ’s settlement and hopes it will assist other victims suing the Catholic Church.Credit:Jason South

Detectives quickly found 11 other victims of O’Donnell. He pleaded guilty and was jailed. He died in 1997, months after his release.

But although O’Donnell is one of Australia’s most notorious paedophiles and the church acknowledged his crimes, the archdiocese made BTZ fight for compensation, which “gutted” him and he spiralled into depression. He went through two rounds with the Melbourne Response scheme and had his case before the Supreme Court over the past 15 months until last week, when the church and its lawyers settled just before a trial was to start.

BTZ’s lawyer, Judy Courtin, said the archdiocese’s acceptance of its liability was significant for her client and 11 others abused by O’Donnell now suing the church, including a woman assaulted in the 1940s.

“We hope all the work, an extraordinary amount of work that has been done, will be favourable for others,” Dr Courtin said. 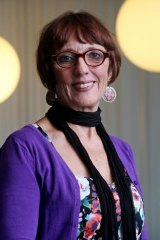 Judy Courtin says the archdiocese’s acceptance of its liability is significant.Credit:Rebecca Hallas

The Melbourne archdiocese and its lawyers took until the 11th hour to settle BTZ’s case despite facing evidence two senior church figures knew in 1958 that another boy had made an allegation against O’Donnell. Those leaders failed to remove the priest from his parish and regular contact with children.

Years before BTZ went to the police, he also made a report about O’Donnell that wasn’t acted on. In 1986, he told a nun who lodged a report that ultimately reached the then archbishop of Melbourne, Frank Little.

But the archbishop also failed to stand O’Donnell down and the priest continued preying on children, including Chrissie and Anthony Foster’s daughters, Emma and Katie, in Oakleigh. Emma suicided in 2008.

“They acted on it all right. All they did was tell O’Donnell to write a letter of apology [to me],” BTZ said. “Bastards, absolute bastards.”

Chrissie Foster, who harnessed her family’s heartbreak into fighting for sex abuse victims, said any guilt rested with the church for harbouring serial abusers, and not her friend.

“It’s not his [BTZ’s] guilt but that’s the way they [the church] make you feel. It’s total blame at the feet of the Catholic priesthood,” she said.

“[Money] is the only thing in society that we can take from them … they need to pay for every single child that they let this happen to.”

In 2014, the Royal Commission into Institutional Responses to Child Sexual Abuse heard that  Melbourne Response had compensated 50 of O’Donnell’s victims and that his crimes accounted for 19 per cent of the complaints made to the scheme.

BTZ wanted his settlement — which is in addition to $72,000 he previously received under Melbourne Response — reported for the sake of other victims and church parishioners. The latter, he said, should be “outraged” by the church’s conduct.

But the compensation was far less, he said, compared to what the church had spent on legal bills fighting his claims through the years, particularly the “brutally insulting” dealings with Melbourne Response.

The archdiocese’s resistance has also appalled advocates who say survivors are re-traumatised at having legal cases dragged out.

“Why, why, why with all that evidence [supporting BTZ’s case] would they wait until the day before trial to accept liability? What does that cost?”

Ms Foster felt bullied and threatened by then archbishop George Pell when she and her late husband met him to discuss their daughter, Emma. The Fosters refused the Melbourne Response offer of $50,000 and took legal action which, almost a decade later, brought a $750,000 settlement.

These comments come days after similar criticisms were made against Victoria’s Department of Education and Training over the way it responds to compensation claims made by people abused in schools as children.

The Melbourne archdiocese said it didn’t comment on individual cases.

But a spokeswoman for Archbishop Peter Comensoli said the archdiocese was appalled by historical sexual abuse crimes and had apologised to survivors.

Archbishop Comensoli regularly met with survivors to offer apologies and the church was committed to “a culture that protects the vulnerable, and which listens and seeks to bring healing and justice to those who have been hurt”.

The spokeswoman said the Archbishop understood court proceedings were difficult and could cause traumatisation.

“So we seek to reduce, wherever possible, that occurring. At the same time, we respect the rights of individuals to take whatever action they feel is best for them,” she said.