Less than half of Welsh people want William to inherit the Prince of Wales title when Charles becomes King, a poll has revealed.

The Duke of Cambridge is expected to take on the role when the Queen dies and her son Charles rises to the throne.

The title does not specifically belong to Charles himself, but is used by the heir apparent

However, just 46% of adults in Wales want it to remain, with 31% saying there shouldn’t be another one and 23% unsure, according to the poll for ITV. 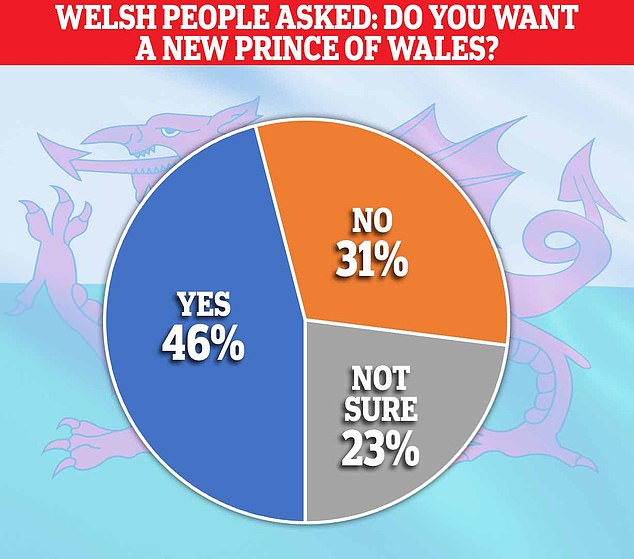 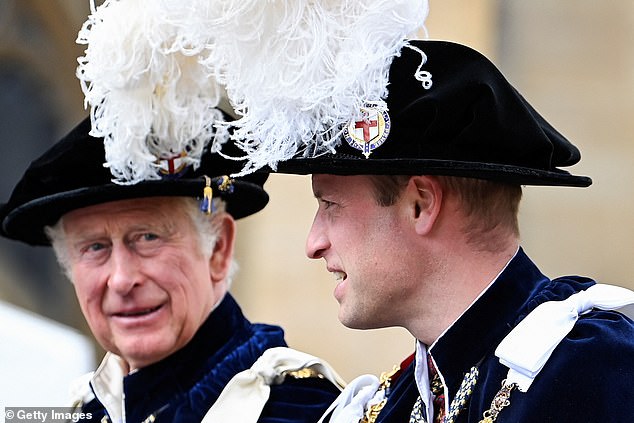 Less than half of Welsh people want William to inherit the Prince of Wales title when Charles becomes King, a poll has revealed

Charles was created the Prince of Wales by the Queen when he was only nine years old on July 26 1958.

He was formally invested with the title by his mother 11 years later on July 1 1969 at Caernarfon Castle in north Wales at the age of 20.

July 2019 marked 50 years – a golden jubilee – since the grand spectacle was staged amid great pomp and ceremony, and Charles marked the event by touring around Wales with his wife, Camilla.

The poll comes after it was revealed that William will focus on ‘five or six core charity subjects’ when he succeeds his father as heir apparent.

Under a blueprint setting out what Palace aides are describing as ‘The Cambridge Way’, William will adopt an approach closer to that pursued by his grandfather, Prince Philip, rather than that of Charles.

With an over-arching mantra of ‘urgency plus optimism equals action’, William will eschew what a source described as ‘hand-wringing over life’s problems’ and instead concentrate on ‘hope and solutions’.

The Queen’s advancing years and the Duke and Duchess of Cambridge’s recent troubled tour of the Caribbean has resulted in a redoubling of efforts to finalise William and Kate’s long-term strategy.

While the reinvention of the role of the Prince of Wales will inevitably spark suggestions of an implied attack on Prince Charles, a source close to William insisted: ‘This approach isn’t a criticism of what has come before but just an acknowledgment of a desire for change.

‘It’s about hope and optimism for the future. What is driving the Duke and Duchess in everything they do is urgency plus optimism equals action.

‘Many of the causes adopted by the Duke and Duchess, whether it’s Earthshot [the annual prize awarded by the Royal Foundation for contributions to environmentalism] or the early years work, also touches on every other aspect of society so it’s not that they’re excluding other good causes by having a focus.’