The influential organisation representing Melbourne’s business and arts leaders says the city’s reputation as Australia’s events capital has been damaged by the “embarrassing” Novak Djokovic saga.

The Committee for Melbourne, which counts among its members the Australian Grand Prix Corporation and Melbourne Park, said lessons must be learnt from the “debacle,” which would reflect poorly on the city’s international reputation as a major events host. 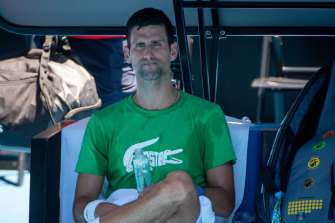 The Novak Djokovic saga has been embarrassing, says the Committee for Melbourne.Credit:Eddie Jim

Chief executive of the committee Martine Letts said the confusion between the federal and state governments, Tennis Australia and the Djokovic camp over assessing the tennis star’s vaccination status showed the need for better coordination between the private sector and governments to the challenges posed by the Omicron COVID-19 variant.

“The Djokovic visa and vaccination saga has reflected poorly on all those involved, which is a tragedy considering the excellence of our infrastructure and tournament planning,” Ms Letts said.

As The Age and Sydney Morning Herald revealed on Sunday, a series of leaked letters to and from Tennis Australia showed doubt and confusion over whether it was a state or federal government responsibility to grant exemptions from Australia’s double-vaccination immigration regime. 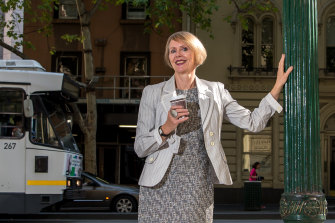 Tennis Australia officials have privately expressed frustration, believing there was shifting advice and unclear information on government websites about how the vaccination status of recently infected players should be considered.

There has been a strong public backlash to the controversy, which Ms Letts said would also reflect poorly on Melbourne.

“No matter who is right or wrong, [the affair] has shown a vindictive and intolerant face of Australia which we can ill afford as we seek to open up again to the world,” she said.

On Thursday, the saga entered its second week, with Immigration Minister Alex Hawke still weighing whether to cancel Djokovic’s visa because prior infection of COVID-19 in the past six months is not a valid exemption for being unvaccinated. He could also consider whether to cancel the Serbian star’s visa on character grounds.

Victorian Premier Daniel Andrews distanced himself from the rolling controversy, telling reporters that only the federal government could resolve the issue.

“And then we can deal with that depending on what choice they make.”

Ms Letts said the afterglow of the successful Boxing Day Test had been tainted by what she described as a “blame game” between different levels of government.

“As Australia’s global events and sporting capital, we really want to be seen as competent and welcoming as we emerge from being one of the world’s most locked-down jurisdictions in 2020 and 2021.”

Over the next six months, a raft of sporting, arts and cultural festivals are scheduled including the Australian Grand Prix, the Melbourne International Comedy Festival, the Harry Potter and Moulin Rouge theatre shows, the International Flower and Garden Show and RISING festival.

Ms Letts said Melbourne, with its heavy reliance on visitor and service industries, could not afford to repeat the mistakes made over the past week.

“We cannot let the Australian Open debacle set the tone for the rest of this and future years and leave the door wide open for others to step in and take our [events] crown, which they will take every opportunity to do.”