THIS is the hilarious moment a "show off" got his flashy motor stuck in sand after driving onto a beach.

The red-faced man was forced to call in a pal's 4×4 to help rescue his neon yellow Nissan sports car at Stonehaven harbour, Aberdeenshire, last night. 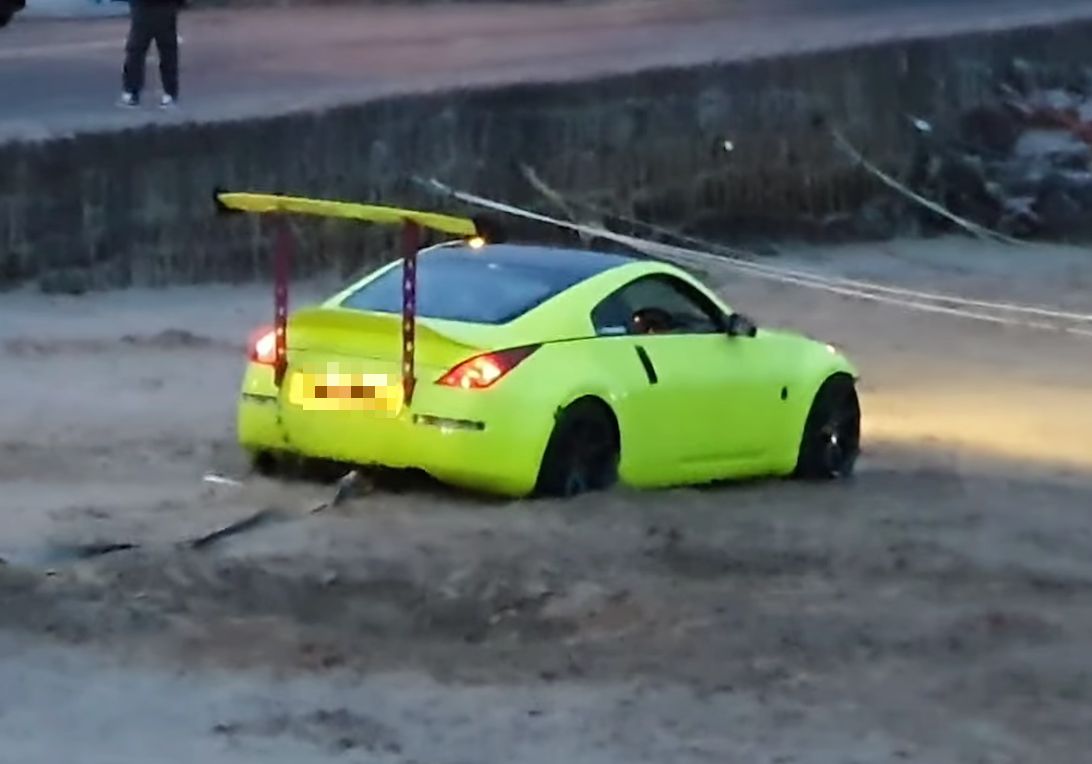 A crowd quickly gathered and jeered while the pair carried out multiple failed attempts to pull the motor out of the sand.

Watching it all unfold, one yelled: "What an idiot. Aye, f***ing showing off and getting stuck in the sand. Not so cool now pal."

Moments later a kind onlooker rushed to the motor’s aid, trying to give it an extra push – before falling in the sand.

Tributes to schoolboy, 16, who drowned in Loch Lomond tragedy in Balloch as family’s world ‘comes crashing down’

But his effort wasn't wasted, as the sports car then appears to be free and is pulled back up to the road.

The vid has racked up more than 24,000 views since it was posted last night.

One social media user said: "Clearly wasnt a good idea and a show off move driving onto the sand, but wanna say well done to the guy at the end who helped."

Another added: "What a complete muppet."

Meanwhile, a third quipped: "If he doesn’t hurry up that will be a yellow submarine."

The driver's beach fail comes as as temperatures soared to almost 30C and Scots packed beaches and beauty spots to cool off.

Parts of Scotland have been put on red alert for drought as the nation’s heatwave continues.

Helmsdale and Naver in Sutherland are under “significant scarcity” for water.

The status is the highest alert level open to the Scottish Environment Protection Agency.

Ayr, nearby Irvine and the Outer Hebrides are on an amber warning for “moderate scarcity”, while Glasgow is on “alert”.

It means all of Scotland, save for a small area of Lochaber, is now in drought “early warning”. 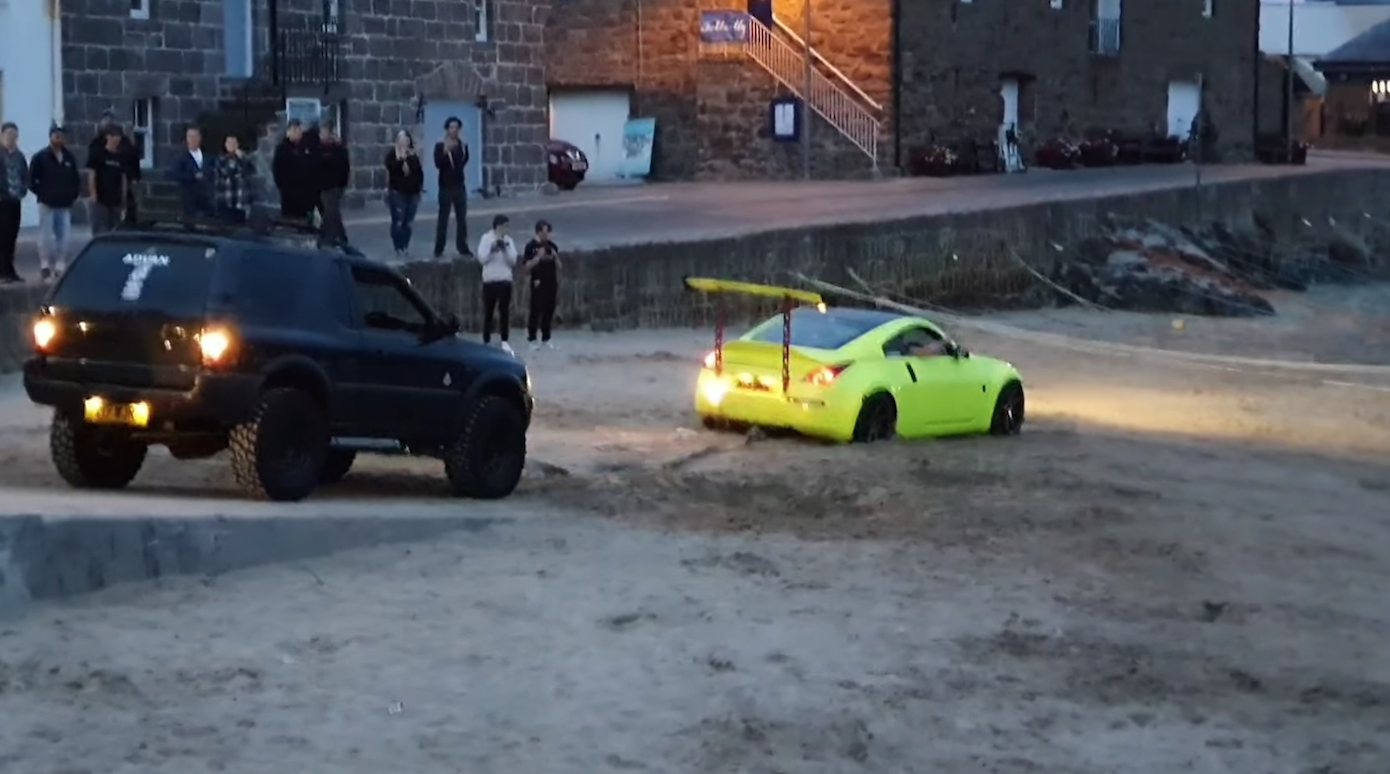 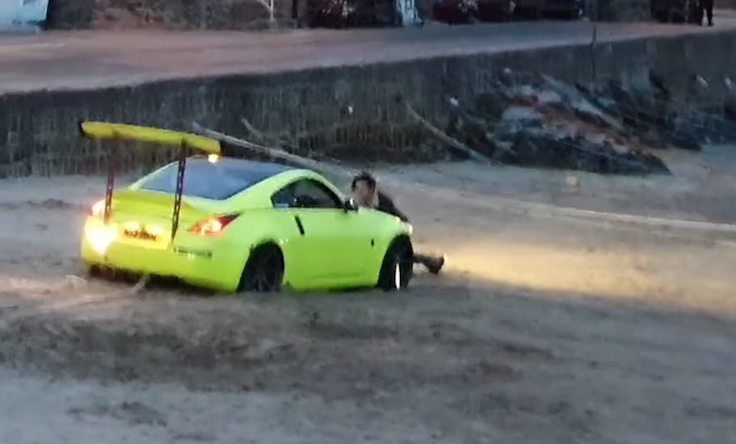 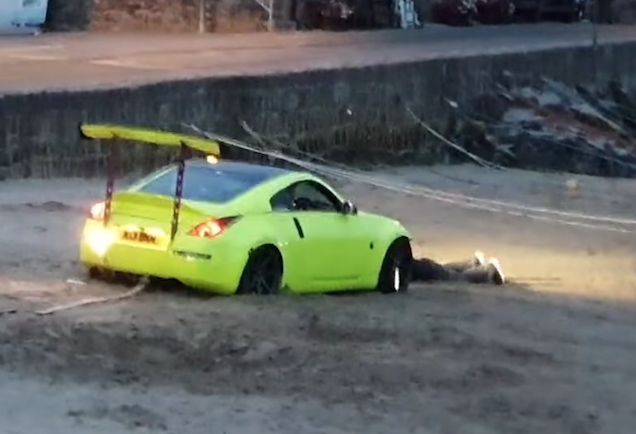 We pay for your stories and videos! Do you have a story or video for The Scottish Sun? Email us at scottishsundigital@news.co.uk or call 0141 420 5300