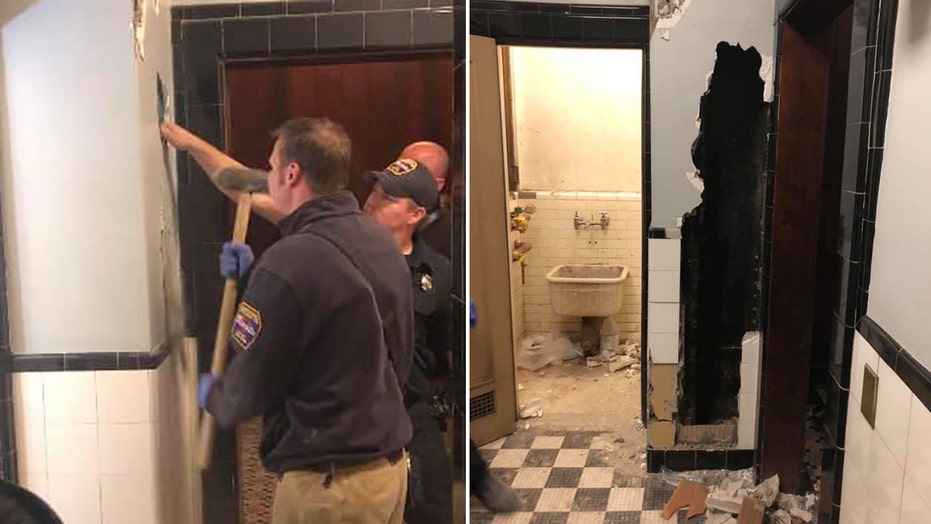 Firefighters in upstate New York on Friday rescued a naked man who was stuck for several days inside the bathroom wall of a theater, fire officials said.

The Syracuse Fire Department responded just after 7:30 a.m. to the Landmark Theatre after employees heard someone banging of the wall and yelling for help, the department said in a Facebook post.

The adult male, who was not immediately identified, was believed to have entered the theatre two or three days ago, fire officials said.

It was not immediately clear how he was able to get behind the wall, according to the department. 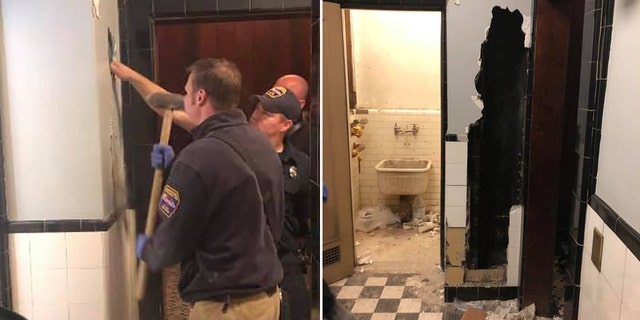 Firefighters with Rescue Company 1 drilled a hole in the wall and used a fiber-optic camera to find the man’s exact location in the wall, the department said.

After determining the best way to extract the man, officials said firefighters carefully cut through several layers of drywall and structural clay tile to reach him. 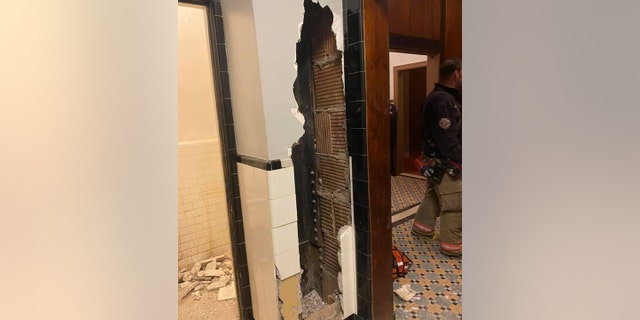 It was not immediately clear how the man was able to access the area behind the wall, fire officials said.
(Syracuse Fire Department )

The 39-year-old man was not wearing any clothes when firefighters freed him, Syracuse Fire Deputy Chief John Kane told Syracuse.com.

The man was taken to Upstate University Hospital for treatment.

Kane said the man appeared uninjured and would likely be treated for dehydration.