Photos show hundreds of car enthusiasts crammed together as they lined the streets and car parks in Brent and Ruislip – despite social distancing rules and the Covid lockdown. 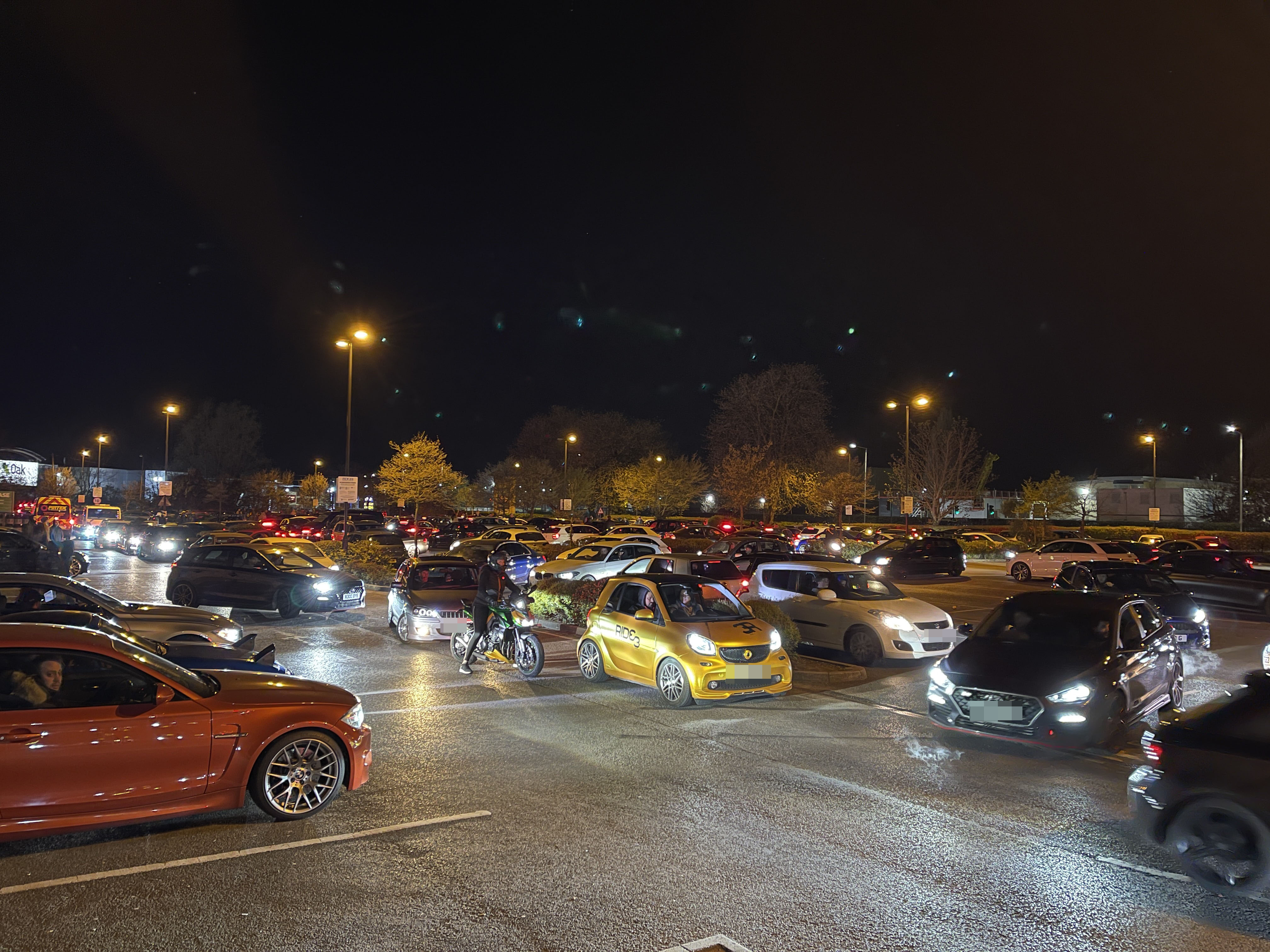 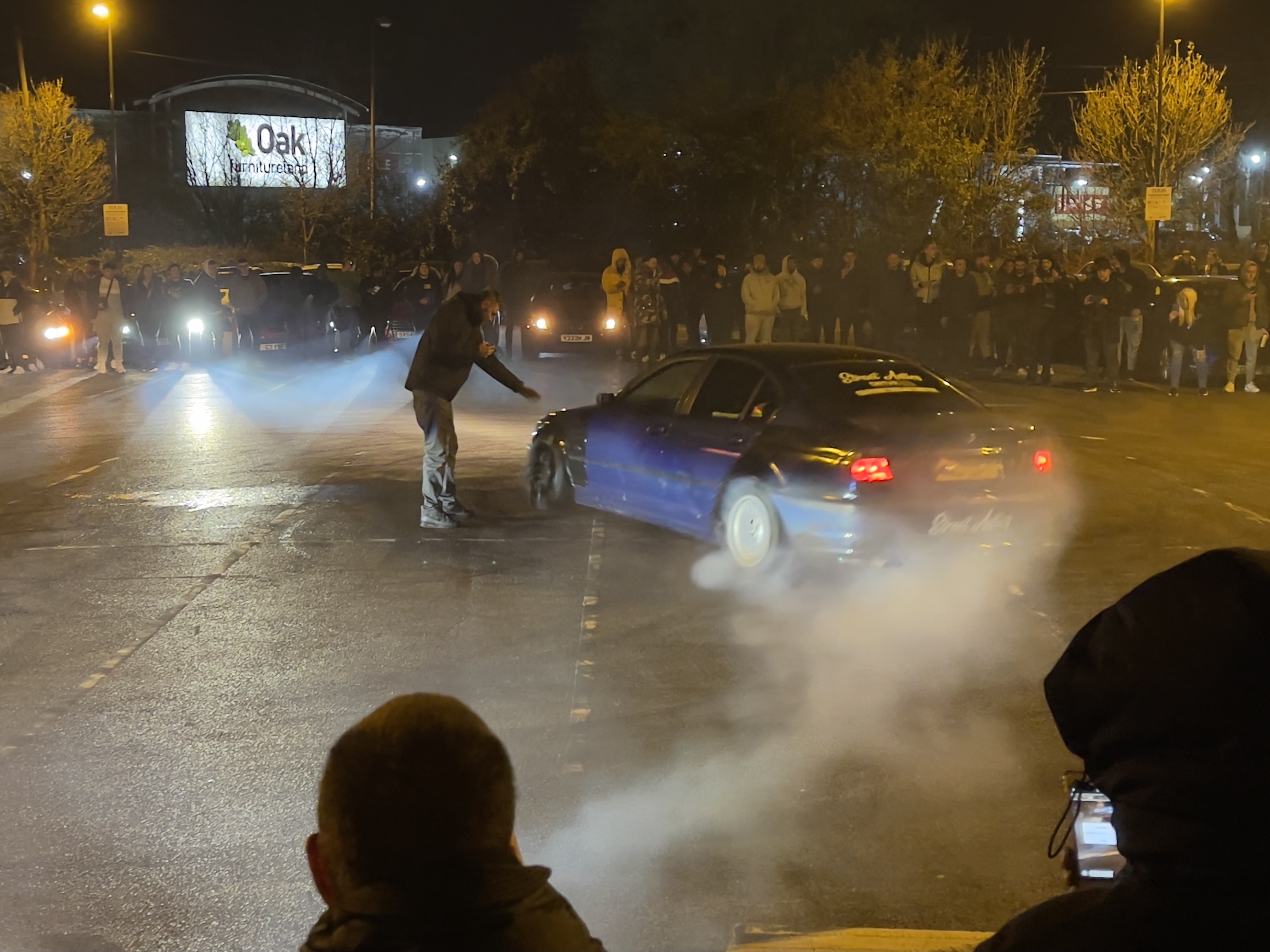 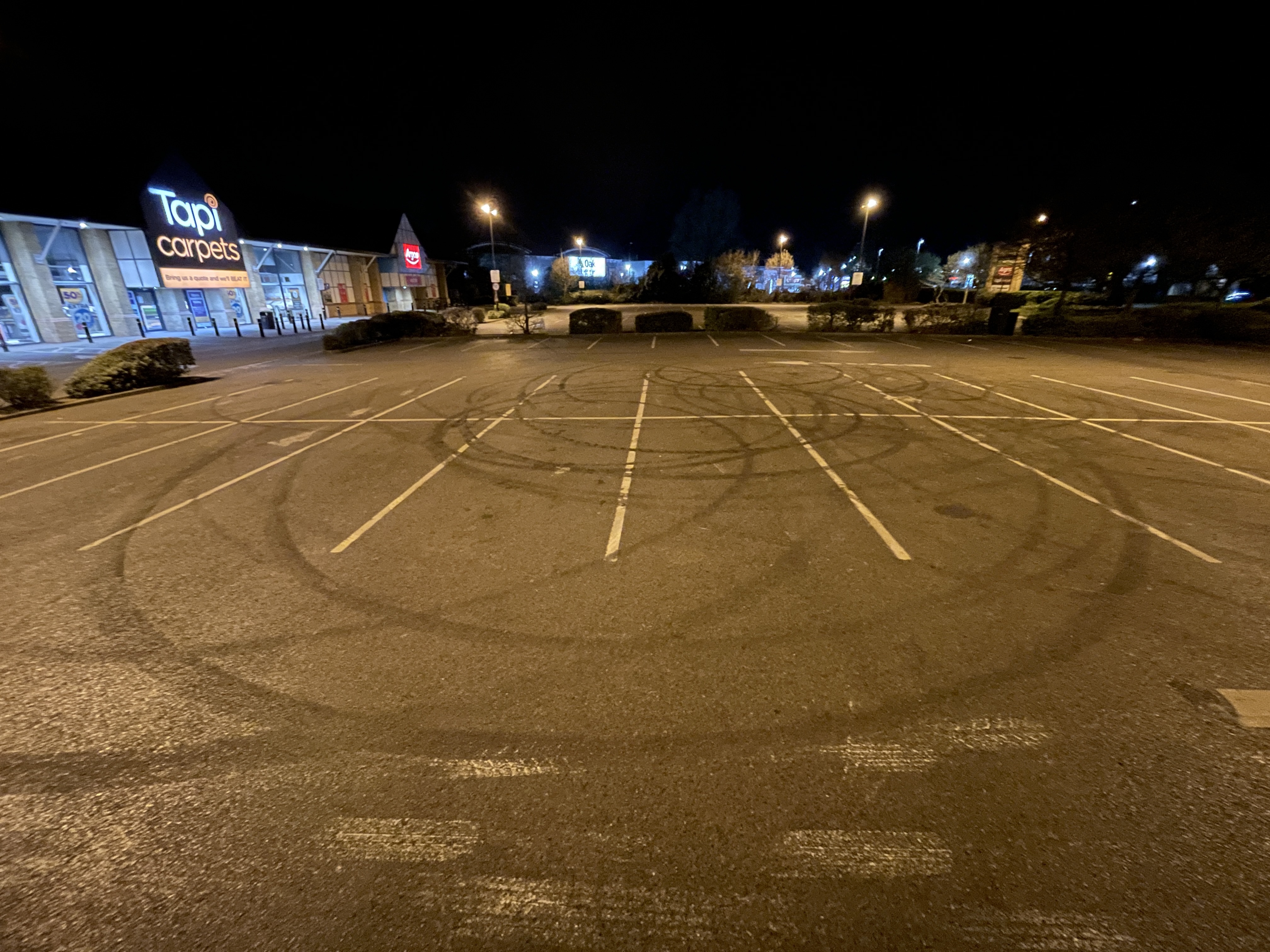 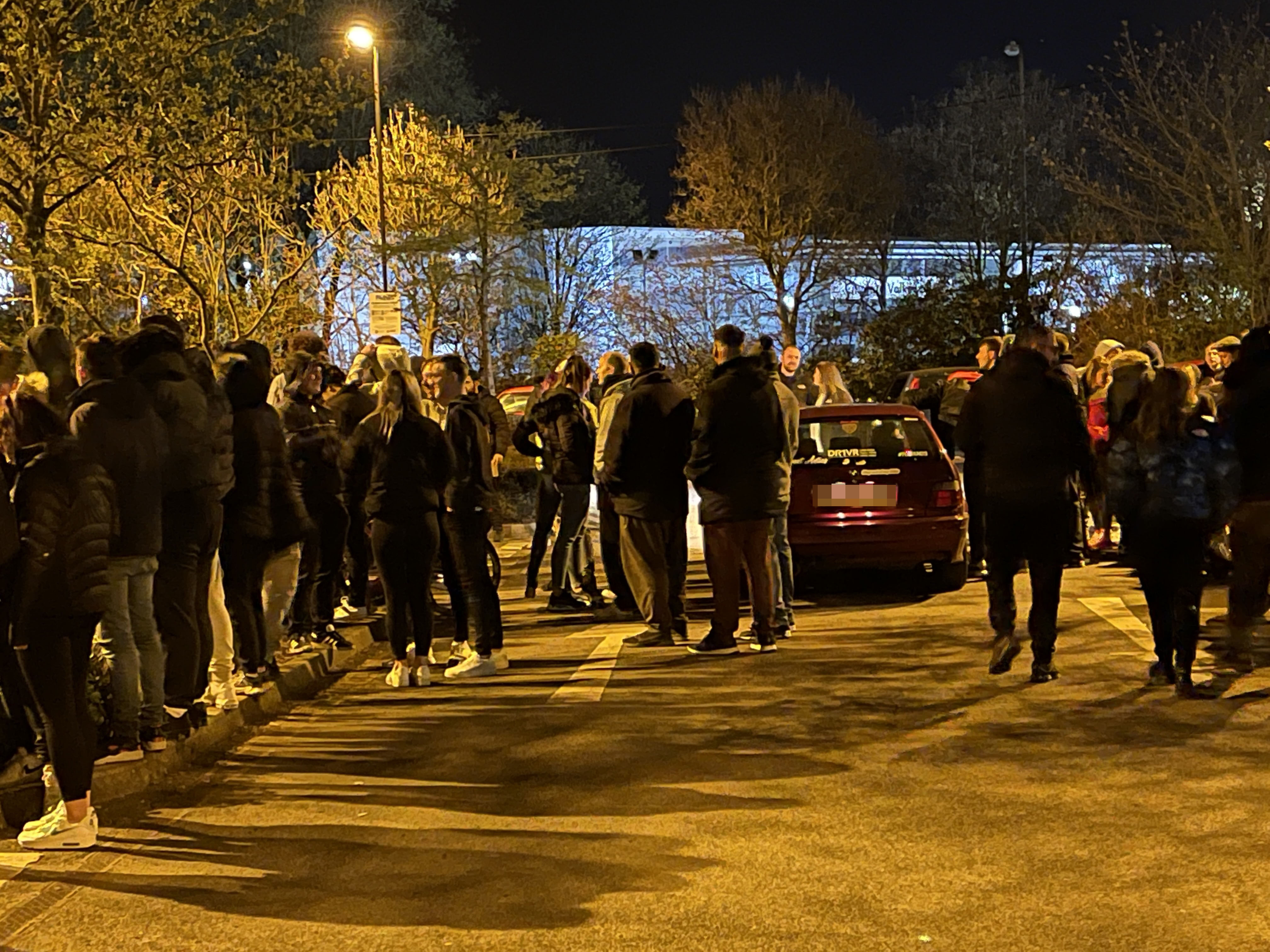 One of the car meet ups was at Tesco's in Brent Cross, north London – where the street racers took over the entire supermarket car park.

Hundreds of people stood and watched the vehicles zoom and do wheelies in the supermarket's car park.

Police cars could be seen rolling past, as exhaust-heavy cars were heard zooming off in the distance.

Drivers revved their engines in the car park, while others milled around and mingled with their fellow petrolheads.

A police van could then be seen escorting the cars out of the Tesco's car park.

It's thought that over 200 cars and 500 people attended the illegal gatherings on Monday night.

In Ruislip, crowds of people stood in Victoria Retail Park while cars did wheelies in the centre – going around in circles as the tyres screeched. 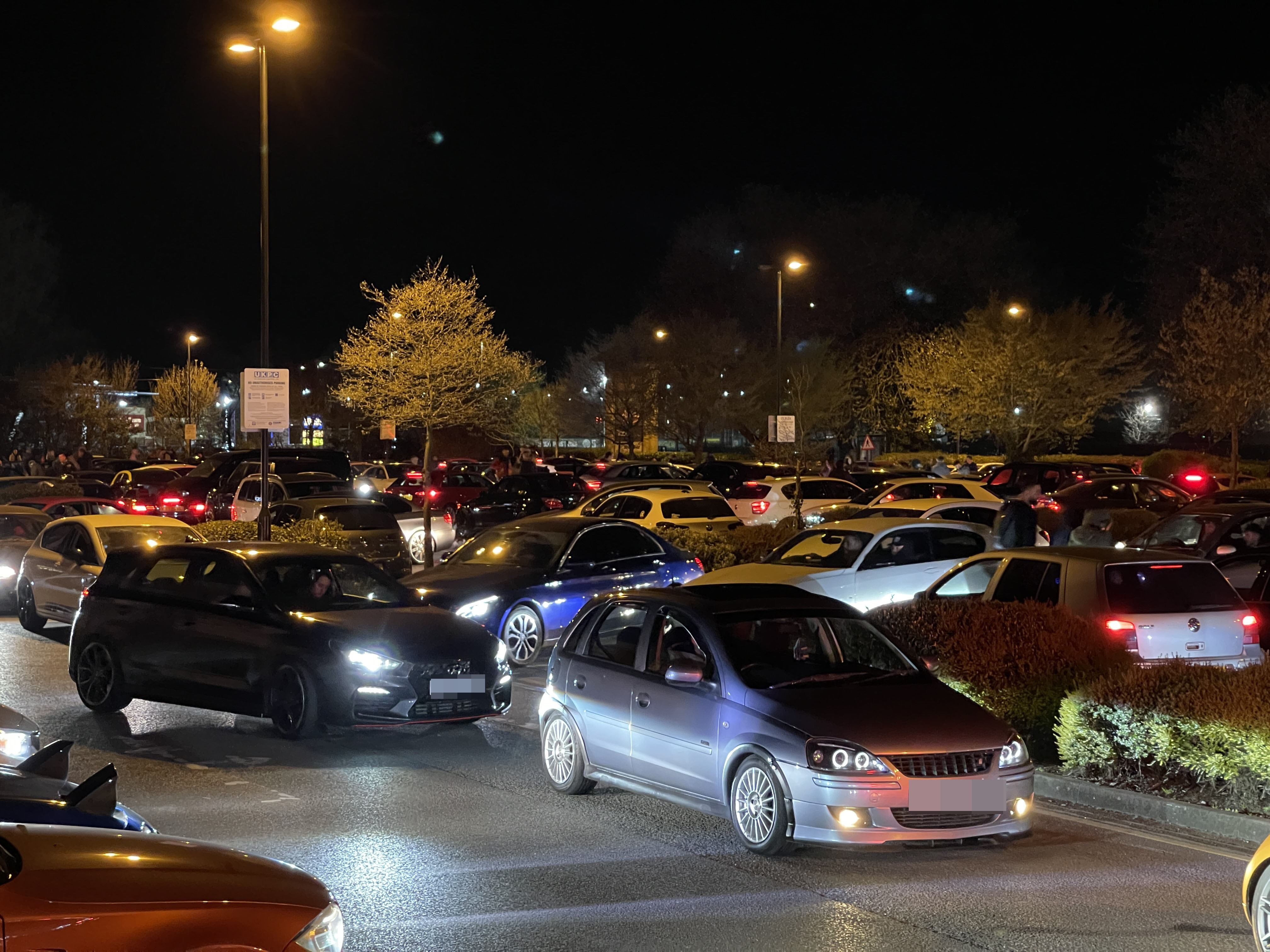 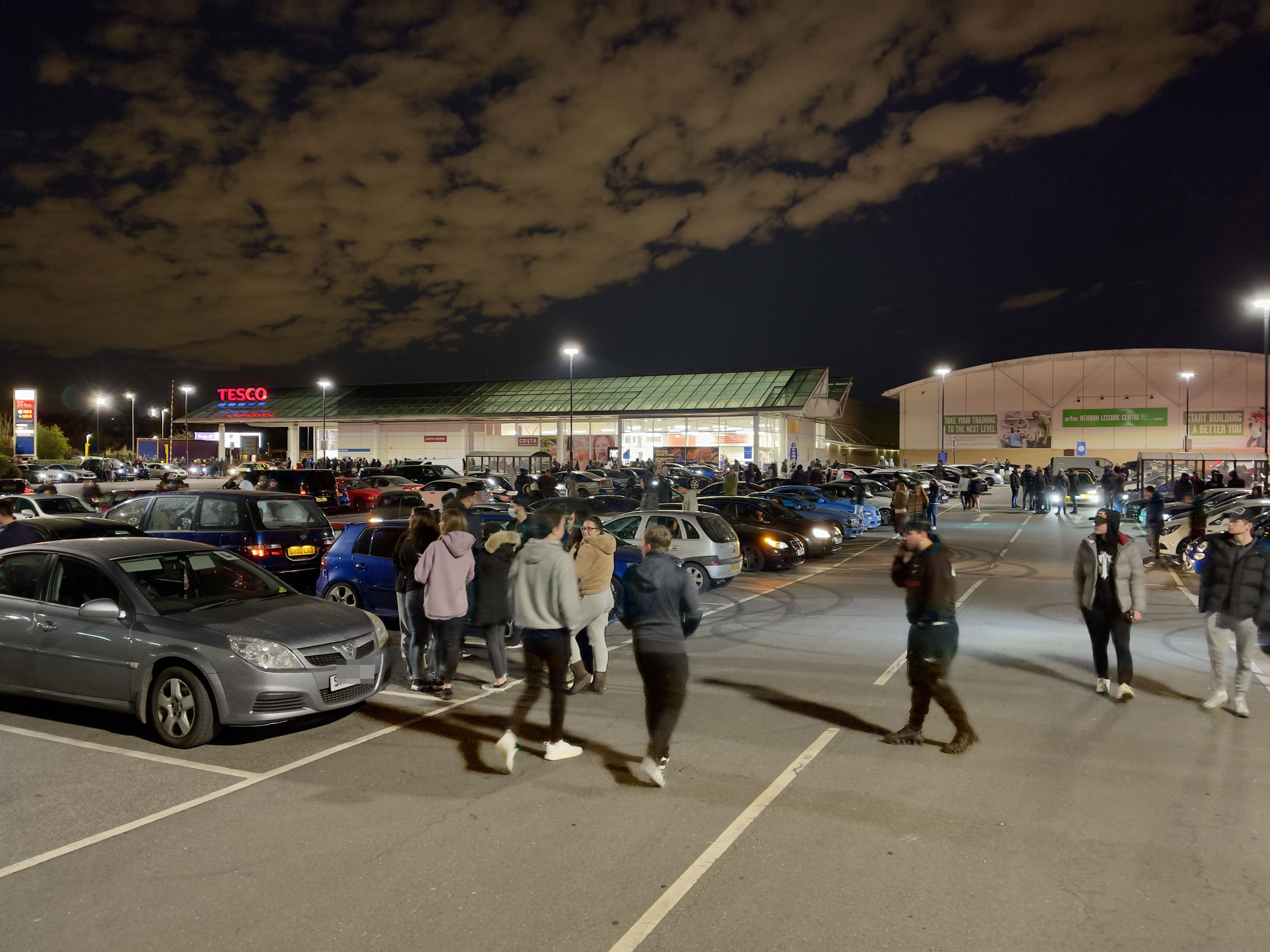 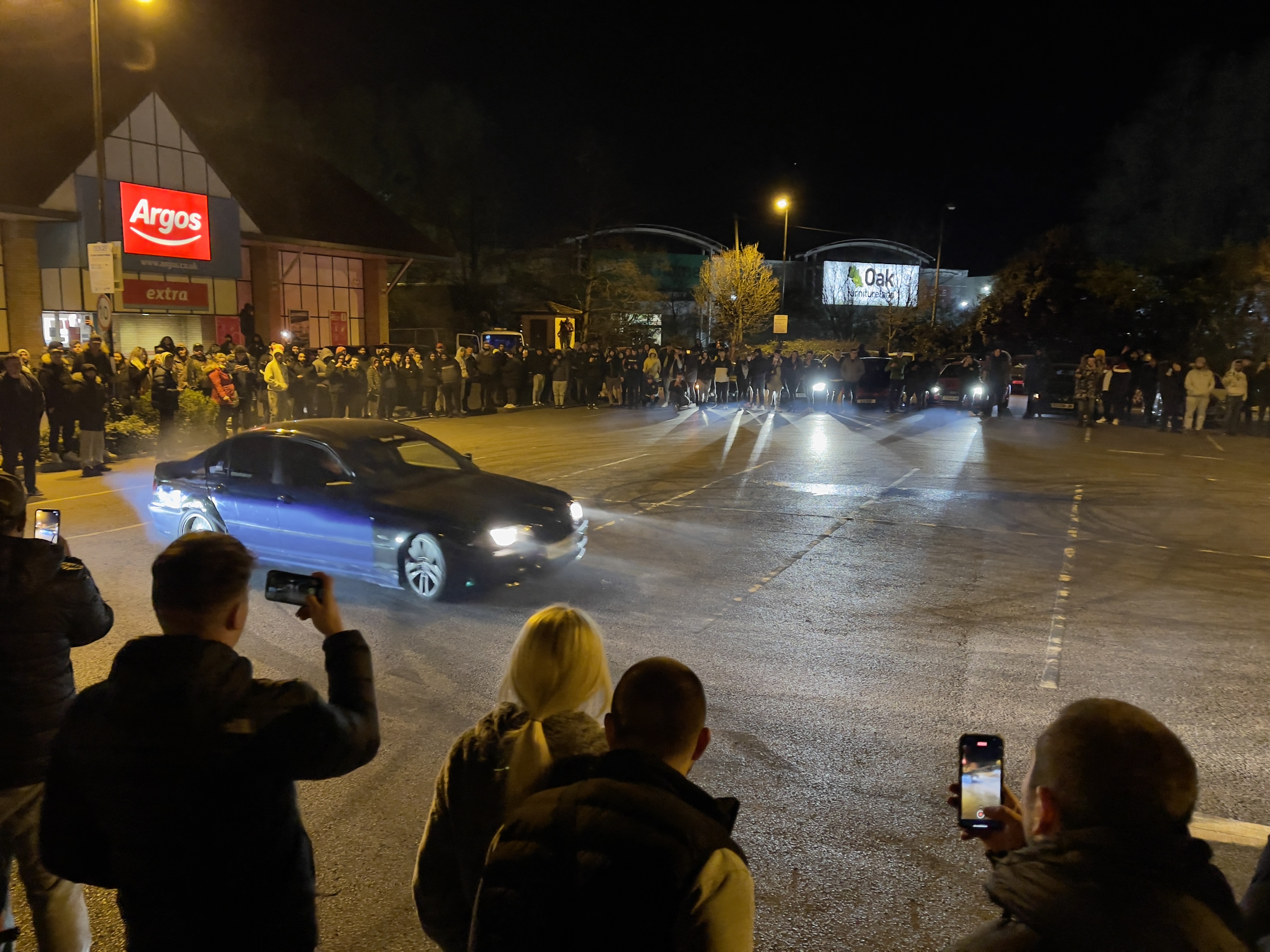 But as police descended on to the packed retail park, the yobs could be seen running back to their cars to escape the officers.

The Met Police told the Sun Online: "Police were called at approximately 20:24hrs on Monday, 5 April to reports of a large number of cars gathered in a Car Park in Brent Cross.

"Police were later called at around 21:40hrs on Monday, 5 April to reports of a large number of cars gathered off Victoria Road, Ruislip.

"Officers attended both scenes and those in attendance dispersed with no arrests made.

"We remind the public that large gatherings are not allowed under the current coronavirus regulations."

Meanwhile over the Easter weekend, hundreds of boy racers ignored Covid restrictions to gather for a car meet  near Nottingham.

They lined the streets under a bridge of the A453 near Ratcliffe-on-Soar Power Station and East Midlands Parkway station, in Nottingham.

The event was originally supposed to take place in Mansfield, Nottinghamshire, but was quickly shut down by police.

Revellers then moved to an industrial estate in Bulwell, near Nottingham, where police reportedly watched on as hundreds gathered outside of their cars. 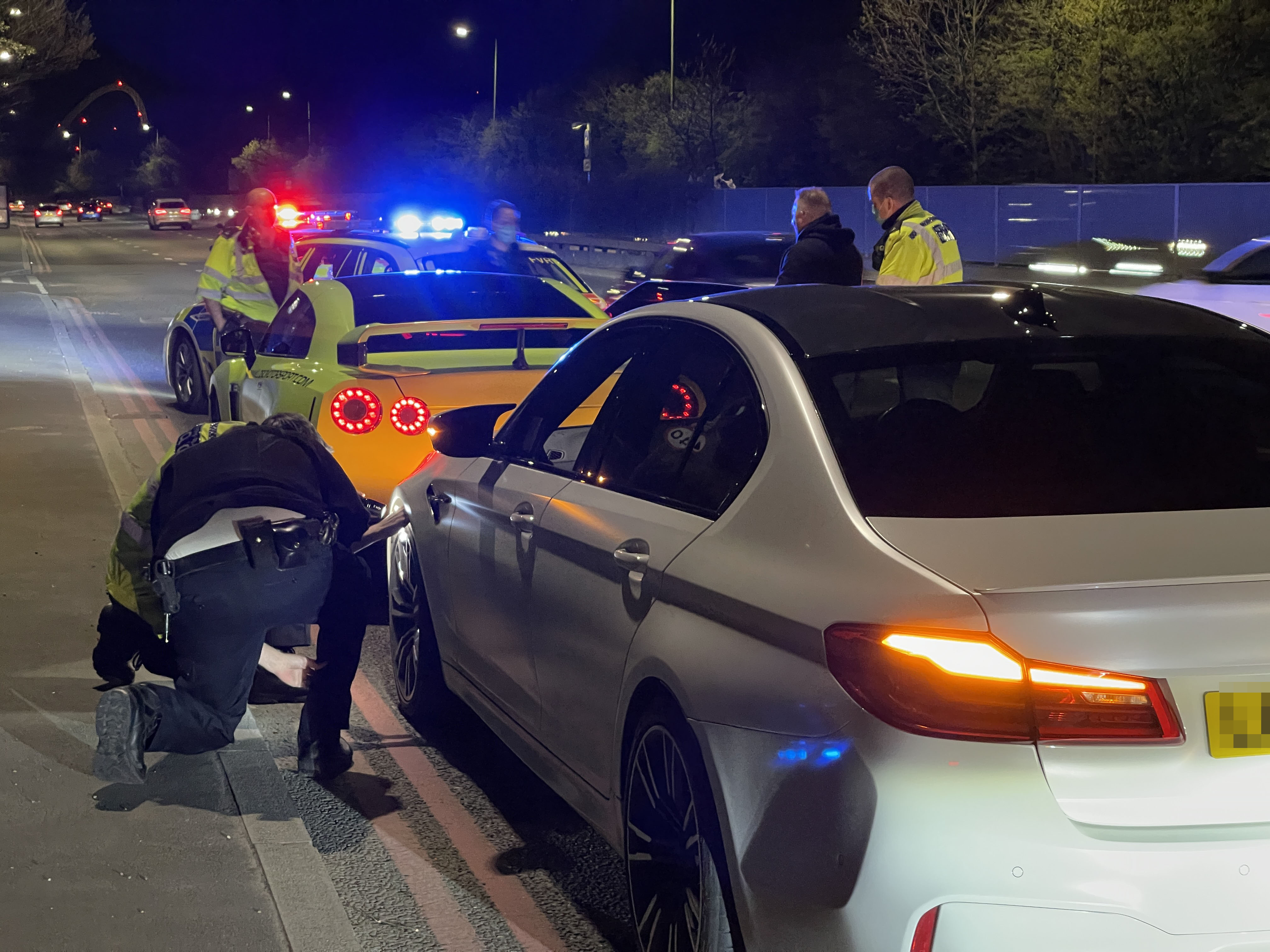 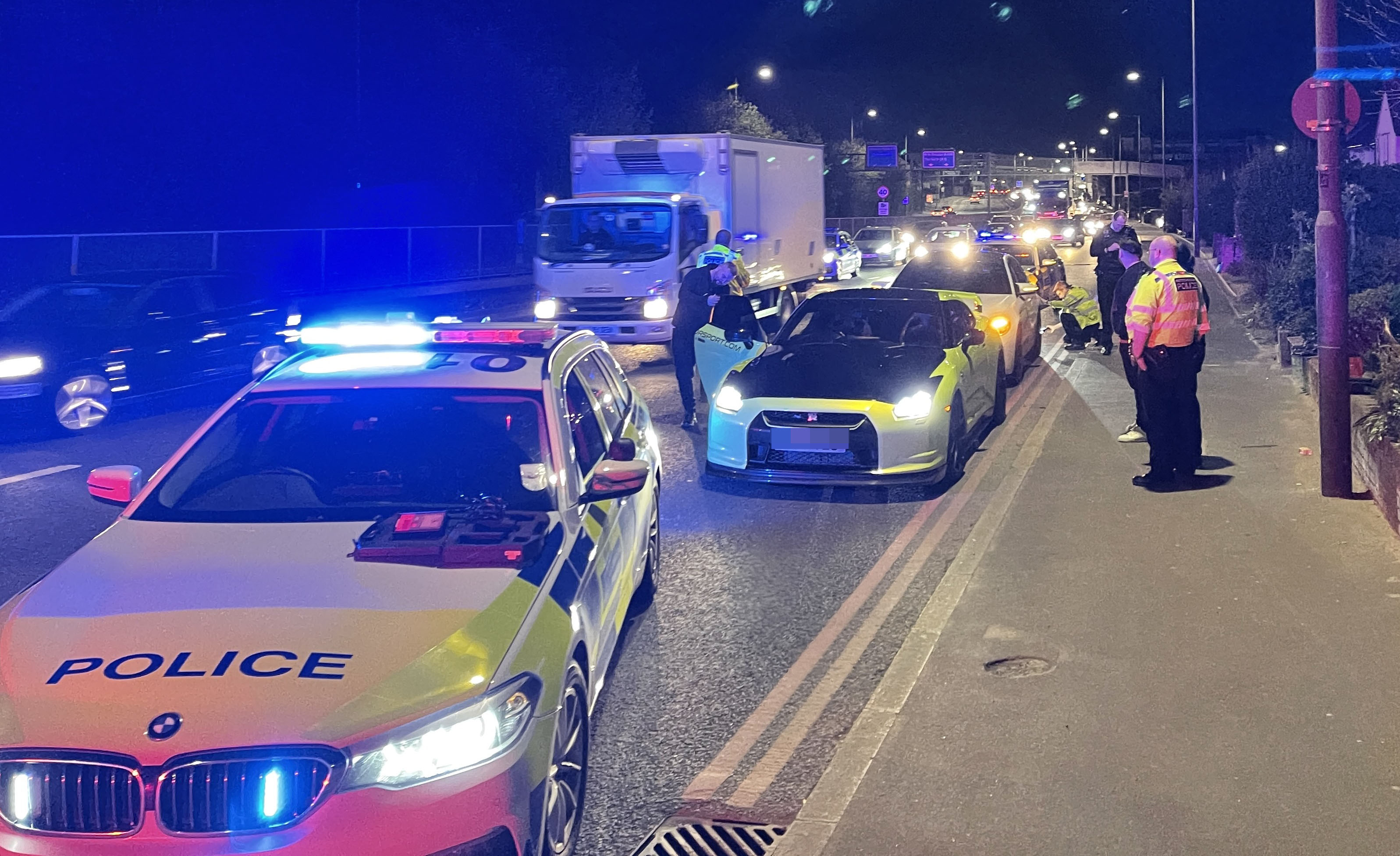 "As well as Covid rules broken, how many traffic regulations as well?

"Apparently it was attended by people from across the country and was organised by a car event website."

And on Sunday night, Essex police shut down a huge car rally after more than 450 motors arrived for an illegal meet.

Officers moved in and made one arrest, and handed out fines to 22 others.

Fines were issued for offences including speeding and careless driving – while others were given warnings that their cars would be seized if they did the same again.

Chief Inspector Richard Melton, District Commander for Thurrock, said: "We acted quickly to deal with this challenging situation which involved a meet consisting of a very large number of vehicles.

"These events do pose a danger to the public as there is often an element who will be driving anti-socially and dangerously.

"Our roads policing teams continue to work to tackle street racing, dangerous driving, and anti-social driving because we know the risk it poses and the harm it can cause."