Poll: Half of registered voters say whoever wins the election in November should pick the Supreme Court Justice to take Ruth Bader Ginsburg’s seat

More registered voters said in a poll released Tuesday that they want whoever is elected president in November to fill the seat left vacant by Ruth Bader Ginsburg as Donald Trump makes steps toward nominating the third Supreme Court justice of his first term.

A new Politico-Morning Consult poll taken immediately following Ginsburg’s death last week shows 50 per cent of voters want to hold off on replacing the late justice, while 37 per cent say Trump should move forward with filling the seat before Election Day.

Twelve per cent of voters say they have no opinion on the matter.

Those who want to hold off on the nomination, according to Politico, reason it’s too close to Election Day, lamenting the “election is fewer than 50 days away.”

But the other voting bloc say Trump should pick the next justice “since he is the current president.”

Predictably, the two parties are split on the matter. 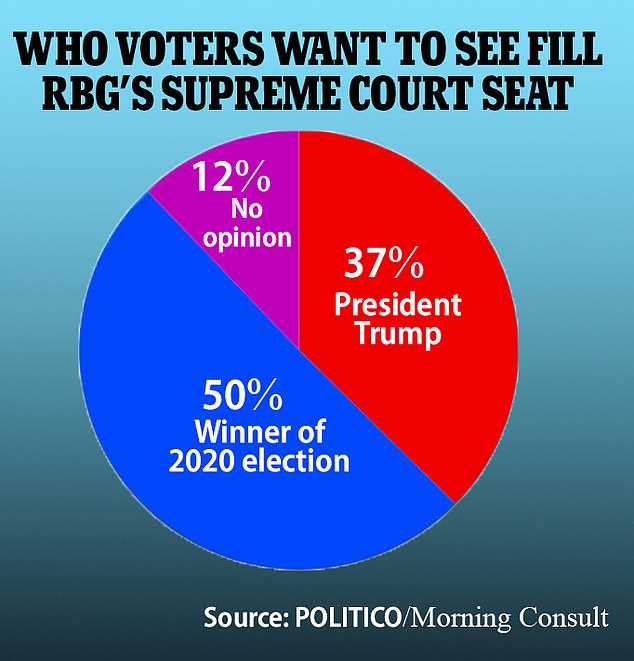 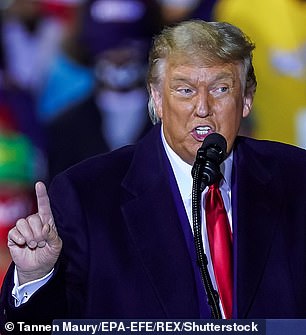 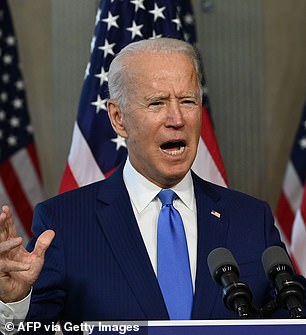 More 7 in 10 Republicans – 71 per cent – want Trump to make the nomination and move forward with doing so before it’s decided who will sit behind the resolute desk come January 20.

However, 79 per cent of Democrats think the election winner should be the one to nominate the next justice.

President Trump said Monday that he plans to announce his nomination on Friday or Saturday this week – also vowing he will choose a woman to take over the seat left vacant by Ginsburg. She was one of three women serving on the nine-justice court.

Republican Senator Lindsey Graham said Monday night on Fox News that the GOP has the votes to confirm a justice put forward by the president.

Graham is chairman of the Judiciary Committee, which oversees the confirmation process of Supreme Court nominees.

While 49 per cent of registered voters who identify as independents claim the winner on November 3 should be the one to pick the next Supreme Court justice, 31 per cent think Trump should nominate someone now.

Ginsburg died at the age of 87 on Friday due to complications from pancreatic cancer.

Her granddaughter said that her ‘dying wish’ was that she was not replaced by Trump, a claim on which the president has cast a shadow of doubt in saying it was ‘too convenient.’

Almost half of those surveyed, or 48 per cent, say they plan to either watch ‘some’ or ‘all’ of the upcoming presidential debates, which kick off next Tuesday, most say it will likely not sway their vote in November. 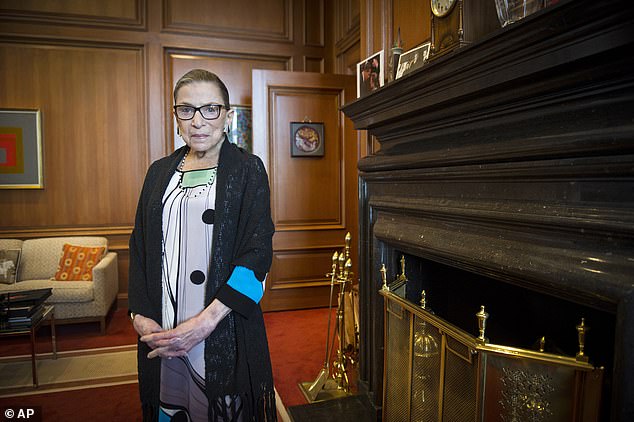 The new poll was conducted September 18, the day news of Ginsburg’s death broke, through 20 and polled 1,989 registered voters. There is a margin of error of plus or minus 2 percentage points.

Trump has already had an unprecedented two Supreme Court nominations during his tenure – Justice Neil Gorsuch and Justice Brett Kavanaugh.

Gorsuch was nominated immediately after Trump was inaugurated in 2017 after the Republican Senate was able to block President Barack Obama’s nomination for months following the sudden death of conservative Justice Antonin Scalia, who was nominated by Ronald Reagan.

Kavanaugh was nominated the next year after another Ronald Reagan-nominated justice, Anthony Kennedy, retired.