Russia has marked the  76th anniversary of victory in World War II with an annual Victory Day Parade.

President Vladimir Putin on Sunday vowed that Russia will ‘firmly’ defend national interests and denounced the return of ‘Russophobia’.

His speech to thousands of soldiers and veterans on Red Square came at the start of an annual parade that sees hundred of pieces of military hardware roll through the streets of Moscow. 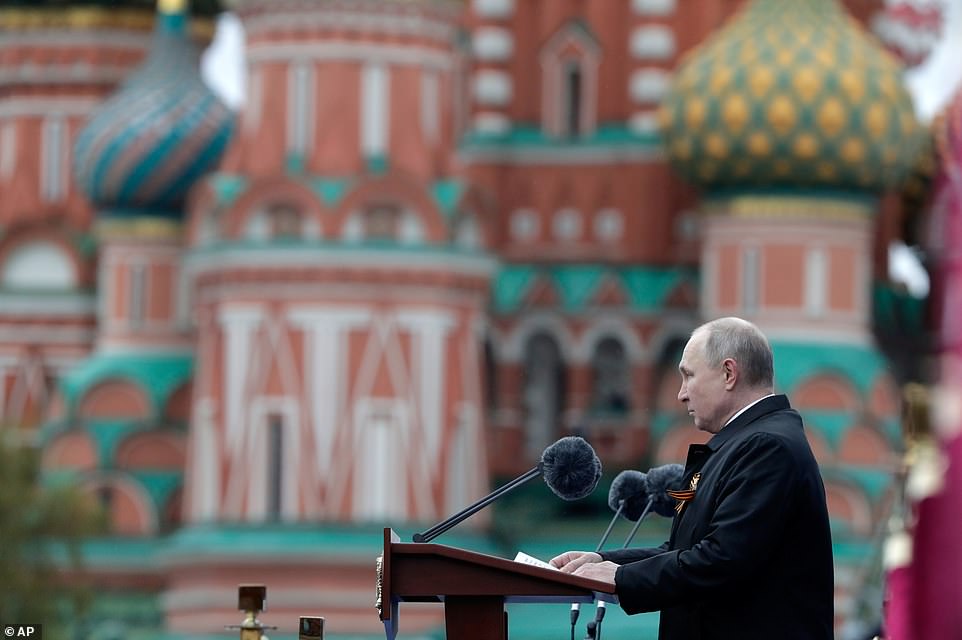 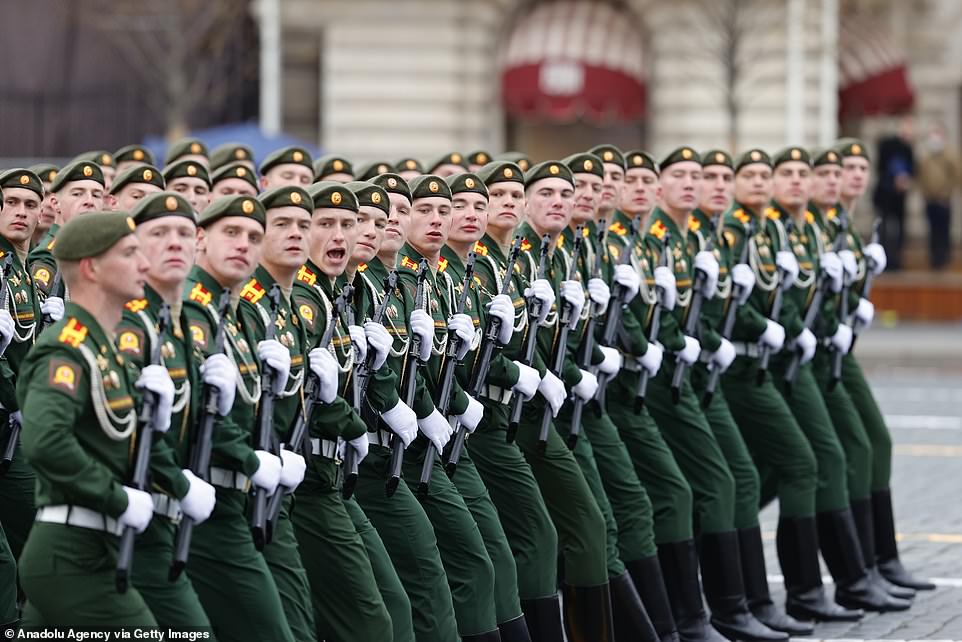 Ceremonial soldiers parade during 76th anniversary of t Victory Day in Red Square in Moscow, Russia on May 9 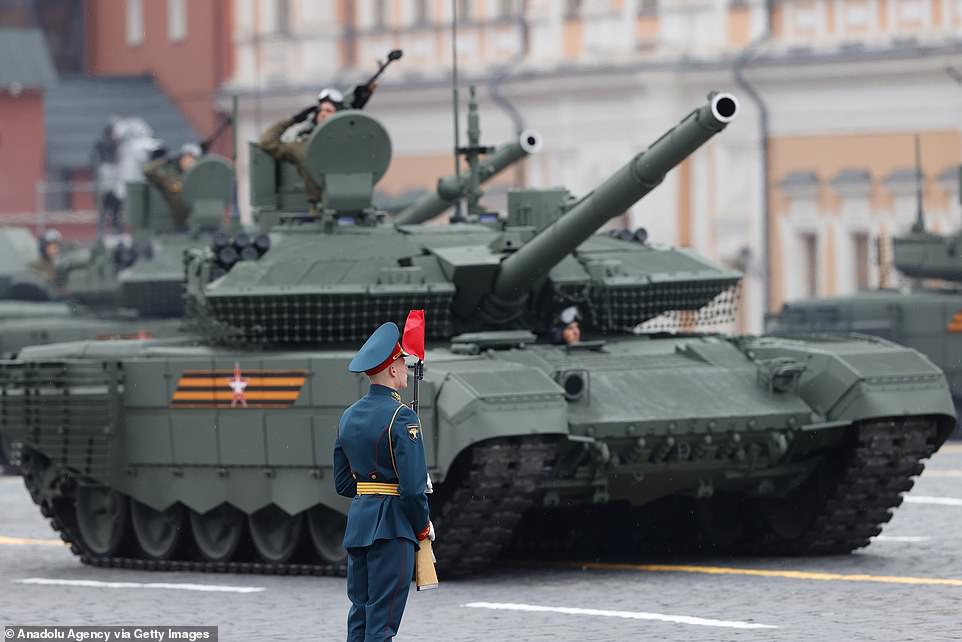 Armored vehicles take part in the military parade during 76th anniversary of t Victory Day in Red Square in Moscow, Russia on May 9

‘The Soviet people kept their sacred oath, defended the homeland and freed the countries of Europe from the black plague,’ Putin told the gathered crowd.

‘Russia consistently defends international law. At the same time, we will firmly defend our national interests to ensure the safety of our people,’ Putin said.

The Russian leader also denounced what he called a creeping return of ideologies of the time, when ‘slogans of racial and national superiority, of anti-semitism and Russophobia, became ever more cynical’.

The state-run RIA Novosti agency reported that more than 12,000 military personnel would take part in Sunday’s parade in the Russian capital, as well as some 190 pieces of military equipment and 76 fighter jets and helicopters. 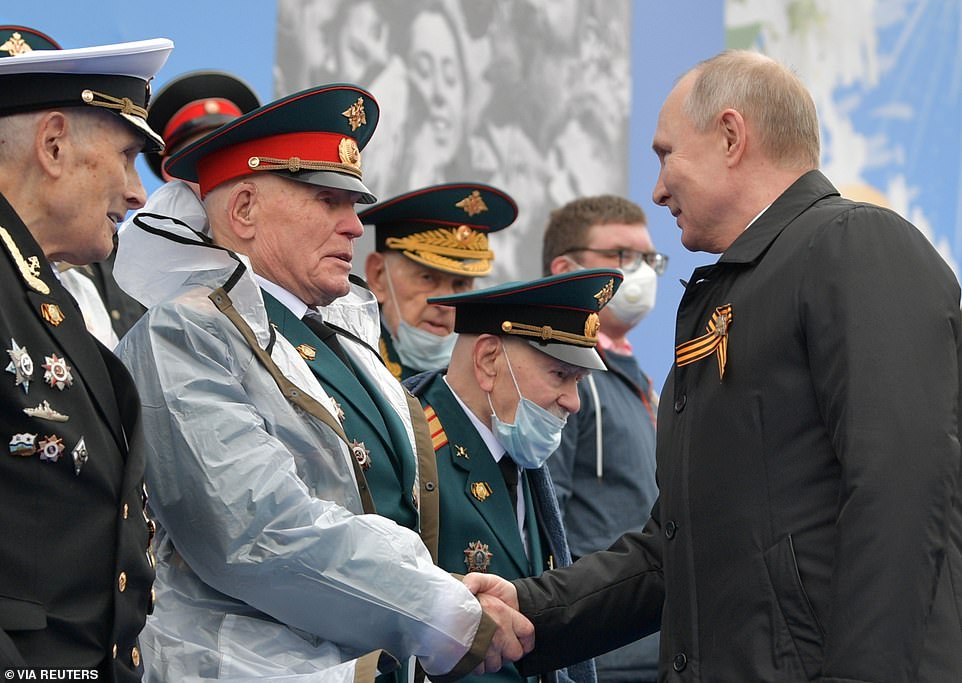 Russian President Vladimir Putin greets veterans before a military parade on Victory Day, which marks the 76th anniversary of the victory over Nazi Germany in World War Two, in Red Square in central Moscow 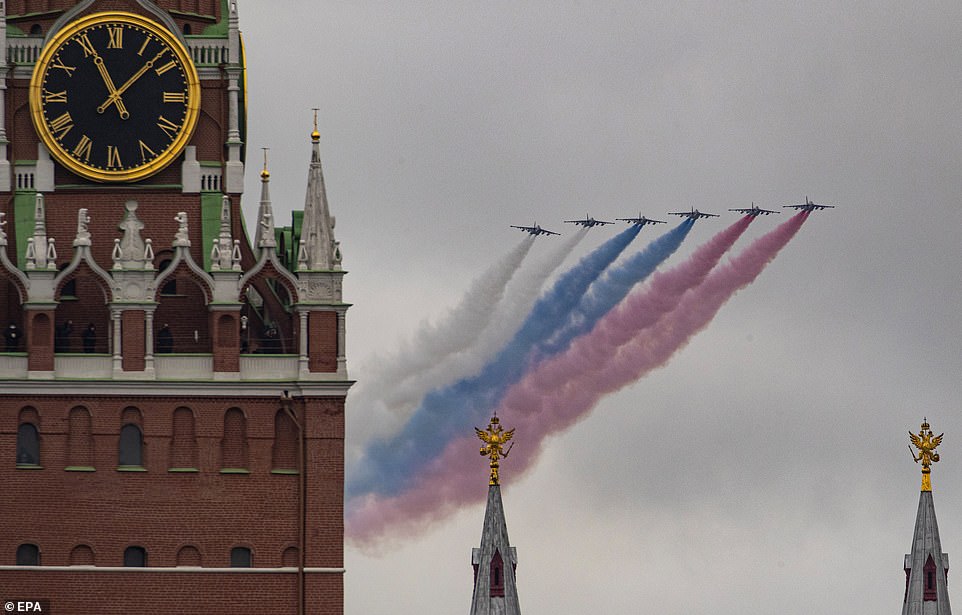 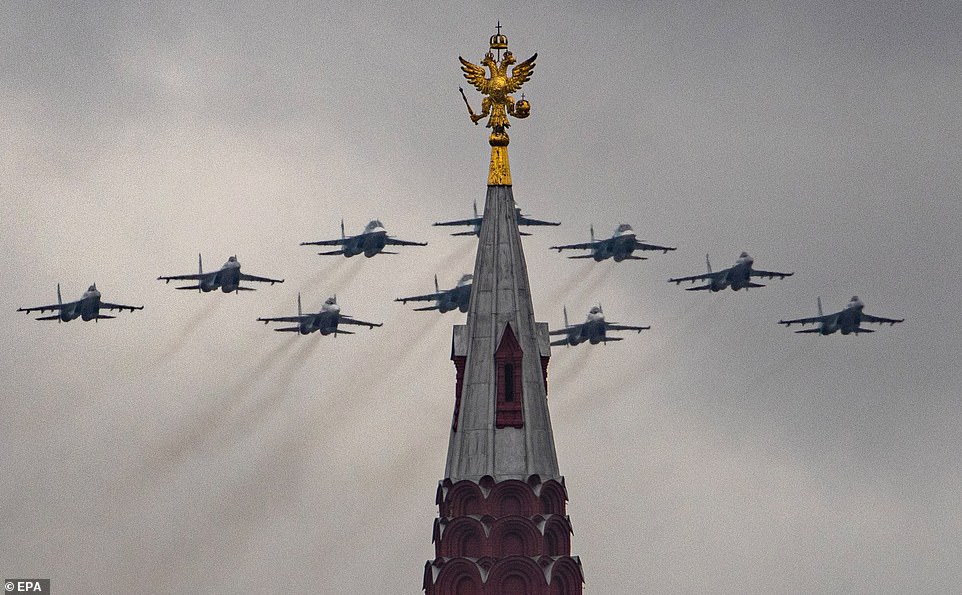 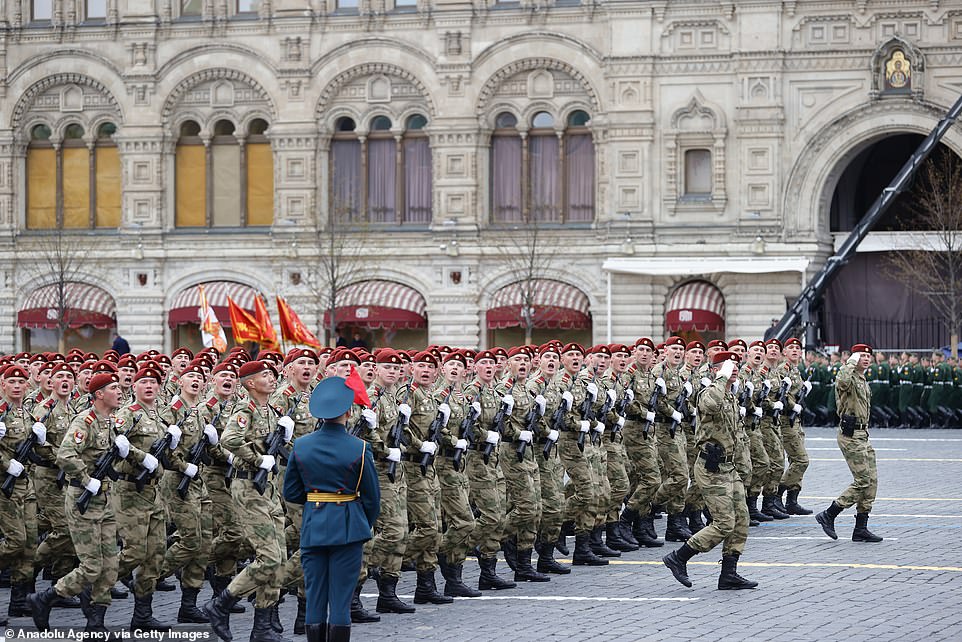 Victory Day parades, which only became an annual event after the collapse of the Soviet Union in 1991, also took place Sunday in dozens of cities across the nation.

During Putin’s two decades in power, the public holiday has taken on increasing importance in projecting Russia’s renewed military might.

A survey this week by state-run pollster VTsIOM showing that 69 percent of Russians view it as the most important holiday on the calendar.

A third of respondents told VTsIOM they would take part in the celebrations, while a fifth said they would watch on television.

The commemorations of the 76th anniversary of the 1945 victory come as tensions with the West have reached near Cold War times in recent weeks. 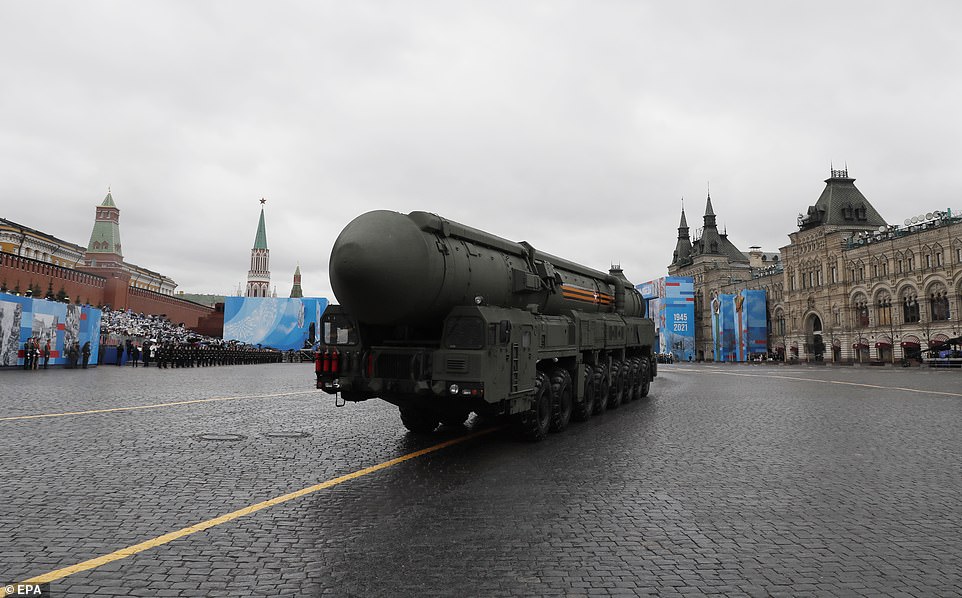 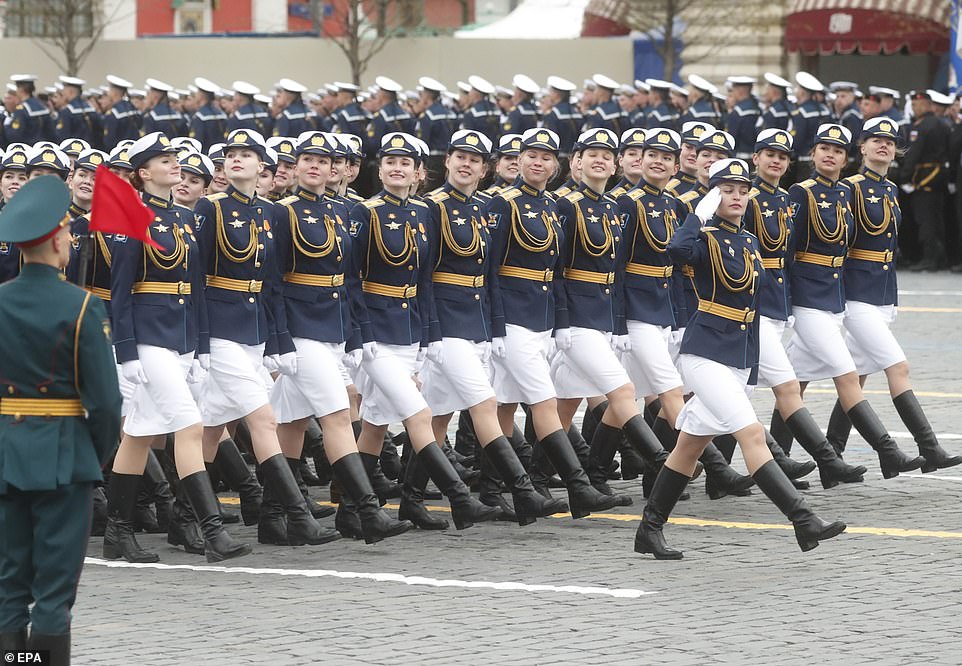 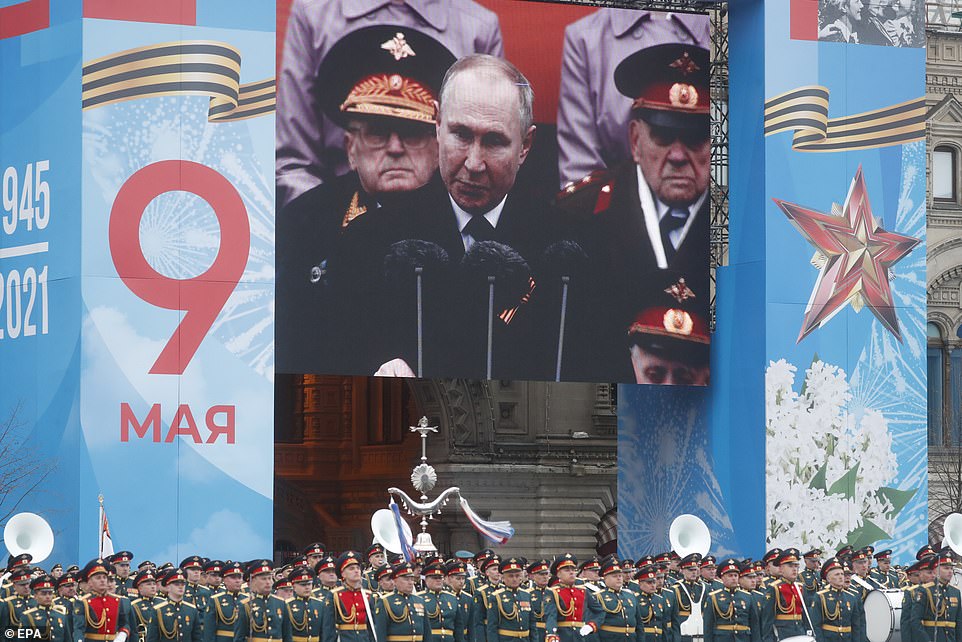 Russia has seen its diplomats expelled from a clutch of European countries over espionage scandals, as the United States and the European Union levied new sanctions on Moscow over the treatment of jailed Kremlin critic Alexei Navalny and allegations of hacking and cyber attacks.

Moscow has stepped up military activity abroad, intervening on behalf of Bashar al-Assad’s regime in Syria’s civil war. It is also widely seen as backing pro-Russian separatists in eastern Ukraine.

Tensions in the conflict, which erupted after Moscow annexed Crimea in 2014, have also soared in recent weeks. 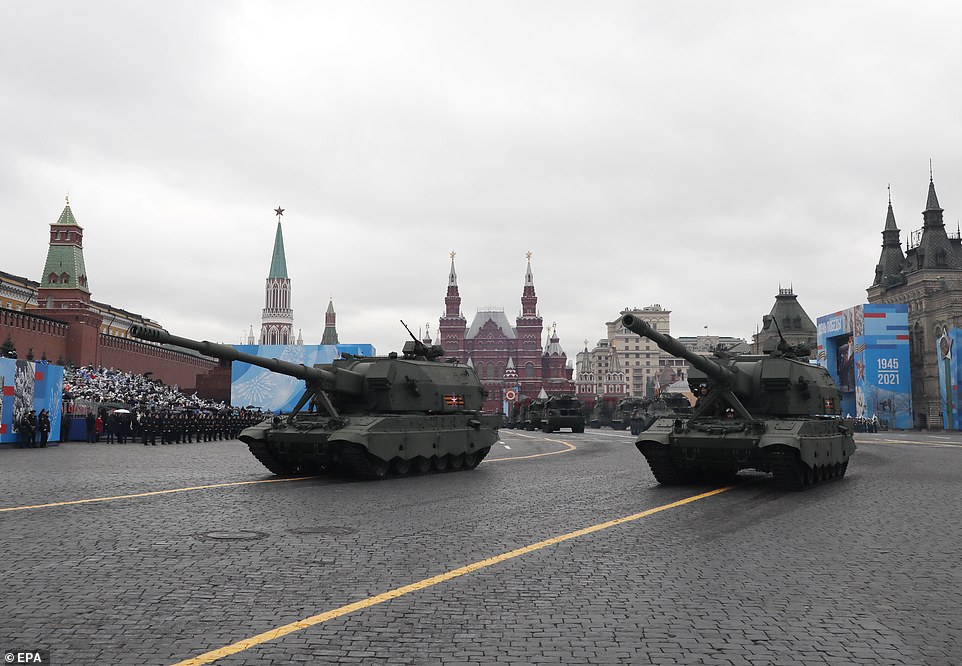 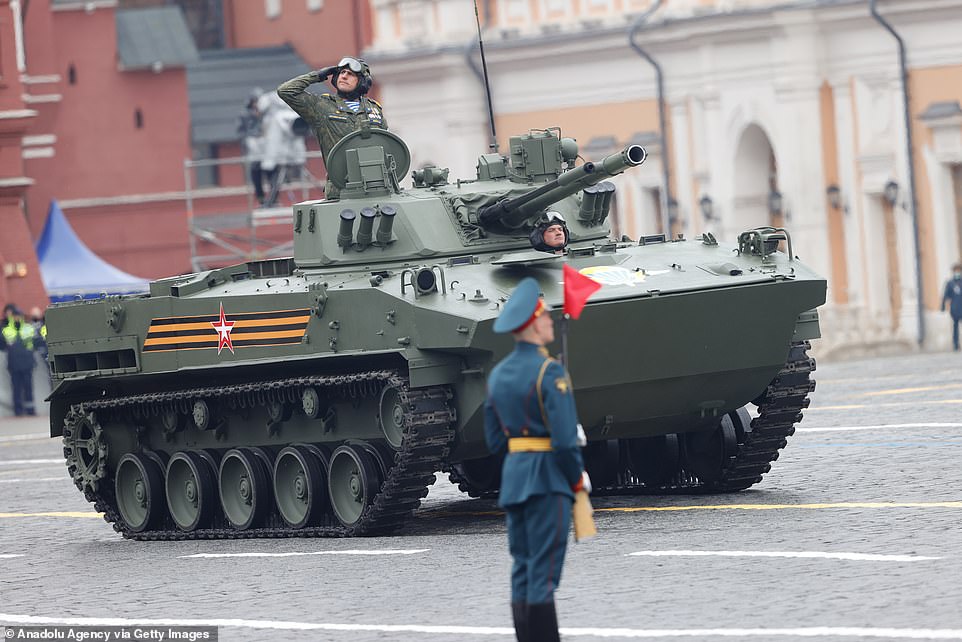 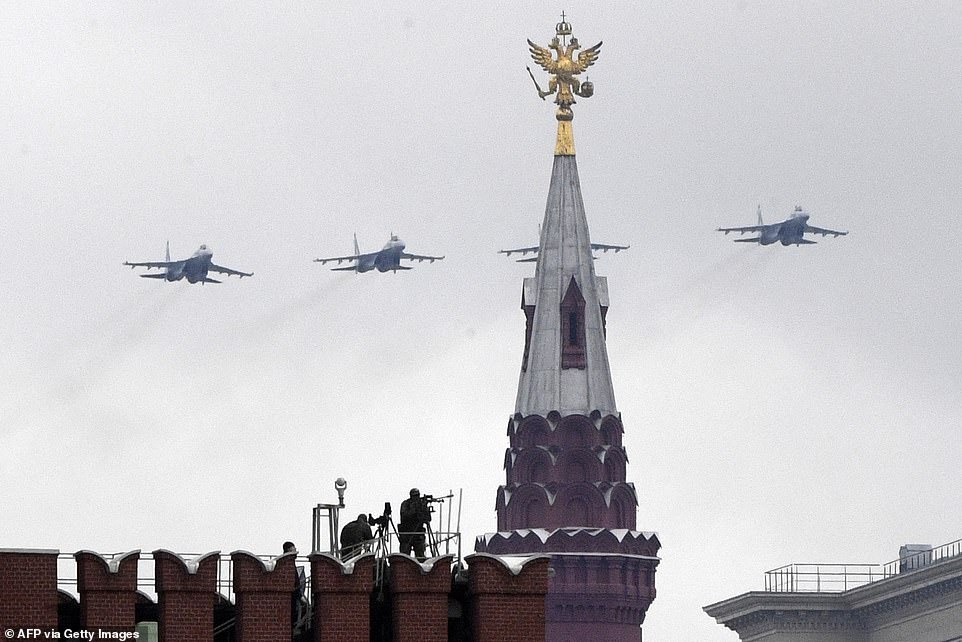 Clashes between the government and separatists have been intensifying since January in a conflict which has claimed more than 13,000 lives.

Russia last month amassed 100,000 troops near Ukraine’s borders and in Crimea, its biggest buildup since 2014, though it quickly announced a drawdown in what many saw as a test for new US President Joe Biden.

Earlier this week, US Secretary of State Antony Blinken flew to Kiev in a show of support for Ukraine against Russia, and before an expected summit between Putin and Biden next month.

On Saturday, Ukrainian President Volodymyr Zelensky travelled with European diplomats to the pro-Russian breakaway eastern region of Lugansk to commemorate the end of WWII.