The Great British bunk-off! Record rate of ‘sickies’ as workers take time out to watch the World Cup, employers claim

Football-mad workers have been throwing ‘sickies’ at record rates so they can watch World Cup matches, employers are claiming.

Businesses have been flocking to legal advisers amid concerns staff are taking rogue days off.

One legal firm says it’s had a 250 per cent surge in inquiries from bosses about their legal position if they suspect employees are bunking off.

Chris Macwilliam at Clough & Willis Solicitors said it had a spike in calls after England’s 6-2 win against Iran on Monday.

A YouGov poll found 11million employees could take a dodgy day off during the Qatar World Cup.

Mr Macwilliam, whose firm operates officers in Bury and Bolton, Grtr. Manchester, said he didn’t want to be a ‘killjoy’ and hoped that England would ‘bring it home’.

But he added that businesses from all sectors were facing ‘massive challenges’ and unauthorised absences were a ‘real issue’ that could affect their bottom line.

He said: ‘Businesses in all sectors are facing massive challenges so maintaining good productivity is essential.

‘No one wants to be a killjoy but losing days to unauthorised absences is a real issue that can affect the bottom line. 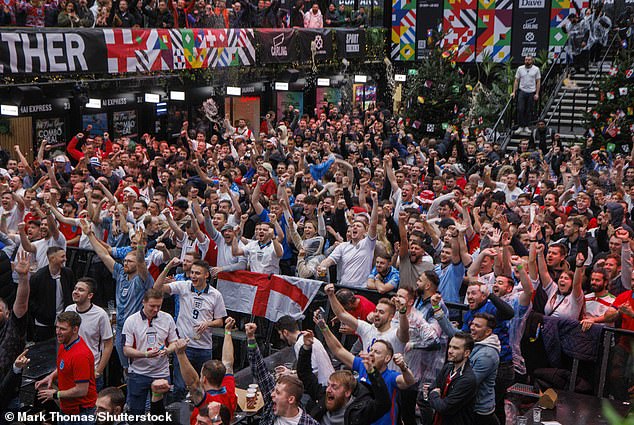 FILE PHOTO: Football-mad workers have been throwing ‘sickies’ at record rates so they can watch World Cup matches, according to a YouGov poll that found 11million employees could take a day off during the Qatar World Cup

‘We all want England to bring it home but there are some firms out there who are worried that England’s success might cost them financially.

‘Our advice to employers is broadly that bogus sickness claims (if proven) can amount to gross misconduct so they should speak openly to their teams as good communication is key.

‘If it’s feasible, it might also be worth companies considering some kind of flexible working structure for the days that England play.

‘Football is supposed to bring us together after all and we need that now more than ever.’

He said: ‘With England having come agonisingly close to winning the European Championships last year, the anticipation around the World Cup will only grow in the coming week.

‘Due to the time difference many of the games are being played during working hours.

‘While many England fans may be worried about missing the team’s first group stage match, we’d encourage them to have an open discussion with their employers about their working arrangements for that day.”

‘Employees should consider taking annual leave rather than resorting to pulling a sickie.

‘If an employer thinks their employee has called in sick and it is not genuine, they can investigate the case and take disciplinary action over unauthorised absence.’