This is the heart-warming moment a rescued fox takes a bounce on a trampoline at a wildlife sanctuary.

The springy creature named Jagger is seen bounding around the trampoline with joy at the largest fox rescue in the U.S, SaveAFox in central Minnesota.

In the video, filmed last week, the gentle fox is seen getting to grips with the bouncy apparatus as the founder of the rescue center, Mikayla Raines, helps him along.

Ms Raines said: ‘I’ve had this trampoline in the fox yard for months and I’ve seen videos of wild foxes playing on trampolines but I couldn’t even get my pet foxes to do it.’

The fox-lover revealed how she taught some of the rescued foxes to jump on the trampoline by coaxing them on with squeaky toys.

She then led by example jumping on the apparatus herself to show them how it’s done.

After a while the foxes slowly became comfortable bouncing and started to visit the trampoline on their own accord. 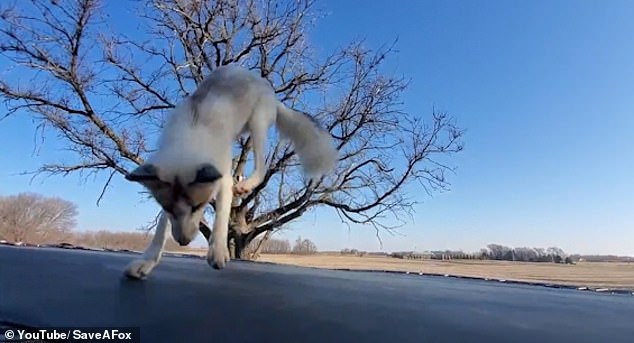 Jagger seen bounding around the trampoline with joy at the largest fox rescue in the U.S, SaveAFox in central Minnesota 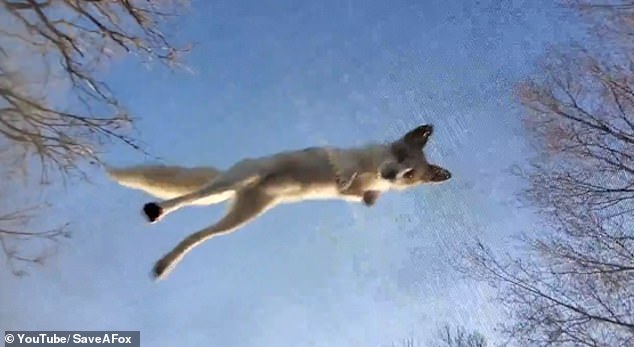 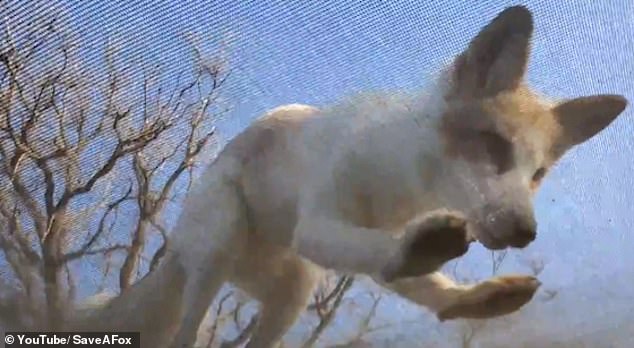 A chair placed by the trampoline helps the foxes to easily get on, however the nimble creatures who are known for scaling buildings and trees could definitely make the jump on their own.

Jagger is believed to have been rescued from Nebraska and was originally named Nebraska Fox at the sanctuary before his name was changed.

At the sanctuary foxes are doted on and even given cuddles with Ms Raines. 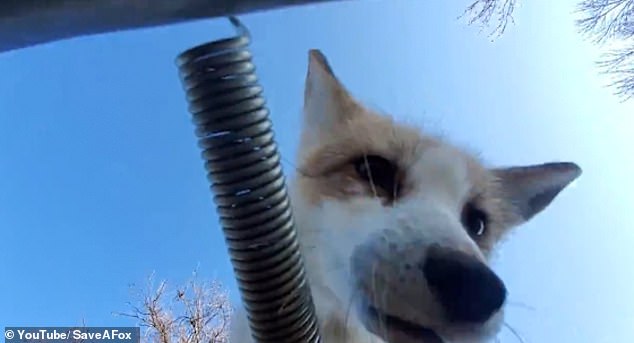 The fox is seen peering through the trampoline as Ms Raines hides underneath, playfully poking her fingers up to get him to chase them 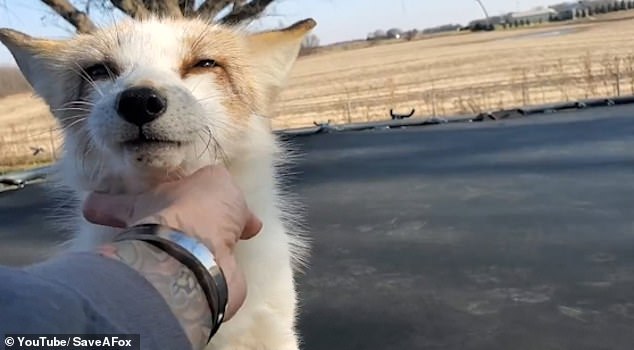 Ms Raines shared a loving picture of the pair snoozing together during ‘precious moments’ in her bed with the caption: ‘Jagger cuddling in my bed I’m absolutely obsessed with him. So cuddly’.

The foxes at the sanctuary are given the freedom to roam its large grounds as if they are wild, with many of them rescued from fur farms.

Ms Raines stated: ‘We rescue foxes from many different situations. 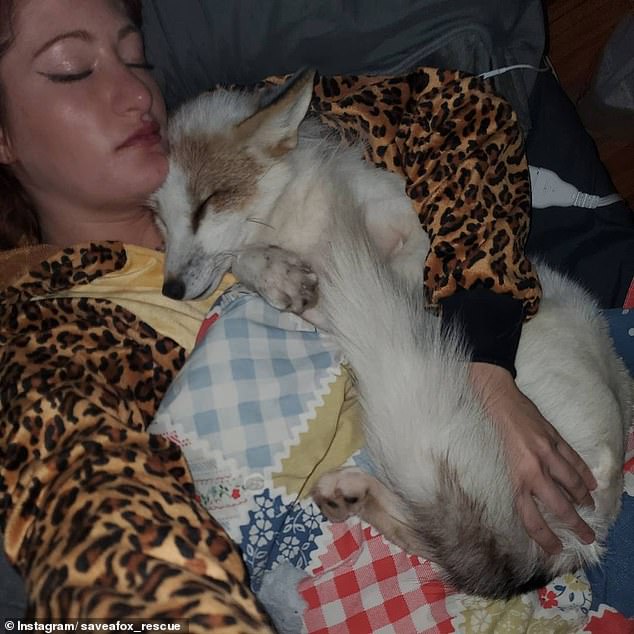 Founder of the rescue center, Mikayla Raines, gives Jagger a cuddle in her bed, showing what wonderful pets foxes can be 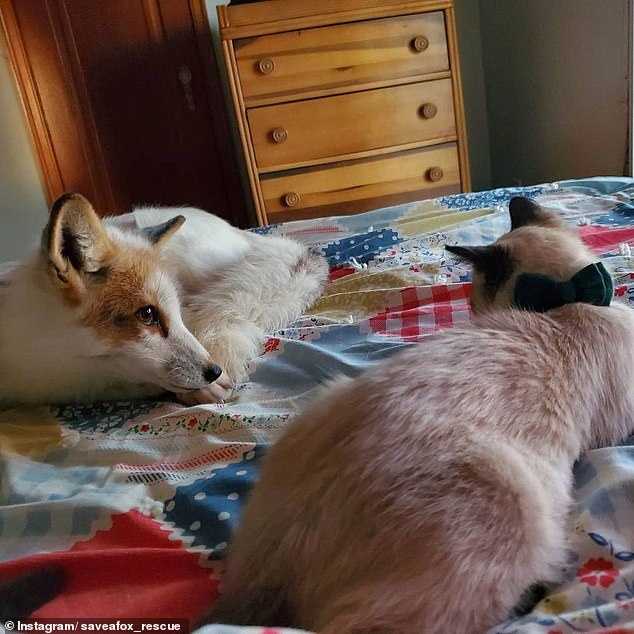 The foxes are tamed so that they can be adopted into loving homes, here Jagger sits on a bed with Ms Raine’s cat

‘We rescue sick, injured, and orphaned foxes from fur farms. Ones that the farmers believe would not make it.

‘We take in surrendered foxes that were once pets and originally came from breeders. We also take in and rescue found pet foxes.

‘I do not breed my foxes. I only rescue them to take care of any health issues, spay, or neuter and find them good homes.’