What can students do if unhappy with grades, can they still sit an exam and how does clearing work? Vital Q&A as teacher-assessed A-level grades are released TODAY

Tens of thousands of teenagers will find out their A-level results this morning, with unions urging parents and students against using law firms to challenge their results and appealing if they miss out on grades needed to meet their university offers.

Today’s results have been set by teachers after exams were cancelled for a second year in a row due to Covid restrictions, with reports last night anticipating nearly half are to be graded at A* or A.

It is hoped the school-based assessments system will be a major improvement on last year’s computer algorithm fiasco which saw a massive public outcry over some unfairly low marks.

However, it is feared that there could be fierce competition for places at leading institutions among students who miss out on the grades needed to meet their university offers, as there could be fewer selective courses available in clearing.

Unions representing school leaders and teachers have even urged parents and students against using law firms to challenge their results – and appealing against grades just ‘for the sake of appealing’.

Here, MailOnline breaks down what students should do if they are unhappy with their final grades, and what to expect today. 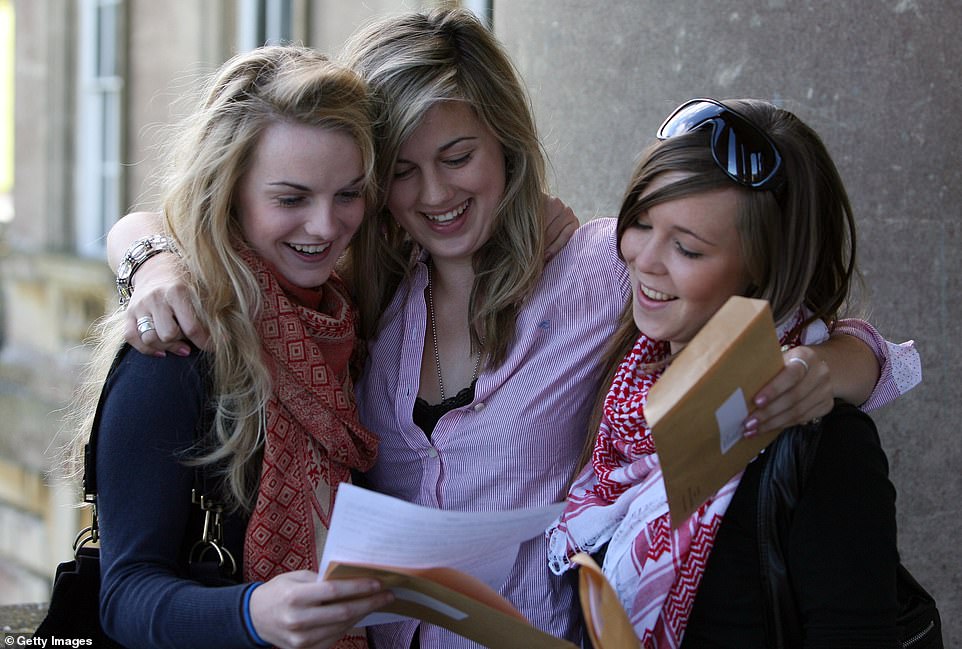 Tens of thousands of teenagers will find out their A-level results this morning, with unions urging parents and students against using law firms to challenge their results and appealing if they miss out on grades needed to meet their university offers (stock image)

What should students do if they are unhappy with their final grades?

Pupils in England who want to appeal against their grade must first request that their school or college reviews whether an administrative or procedural error was made.

Each school or college will set their own deadlines by which students must ask them to review a grade.

In England, the deadline to send an appeal to the exam board is September 17. There is an earlier deadline of August 23 for priority appeals, for example, if a student has not got their first choice of university place confirmed.

Unions have urged parents and students against hiring lawyers to appeal the grades.

Dr Mary Bousted, joint general secretary of the National Education Union, said: ‘Parents should be really warned not to hire lawyers to make the case for a different grade because it will impress no one, it won’t impress the exam boards.

‘Dressing up an appeal in legal language is not going to bolster that appeal, or make it more likely to succeed. So if you don’t want to waste your money, don’t do that.’

Paul Whiteman, general secretary of school leaders’ union NAHT, said: ‘There is certainly a worry that we are going to face more appeals than normal, but we just don’t know yet. Although the appeal system is there to bring a further level of confidence, spurious appeals or hopeful appeals will probably be a waste of time because the system that’s been brought in is a robust system for this year.

‘My only appeal to students and students’ parents is that a lot of work has gone into this assessment, you should be able to rely upon the assessment so simply putting an appeal in for the sake of appealing in the hope that your grade might move would be the wrong thing to do.’

Geoff Barton, general secretary of the Association of School and College Leaders, said ‘legal firms turning themselves into ambulance chasers and saying to parents for a certain fee they will run an appeal’ was unhelpful.

He said: ‘That seems to me incredibly misguided because appeals are there for anyone who wants to use them, but they’re based on two things: did the school follow due process, and was the grade awarded a fair grade. That will be down to the awarding organisation.

‘If you’ve got a concern then the process is there, but you really don’t need to be sending money to lawyers.’ 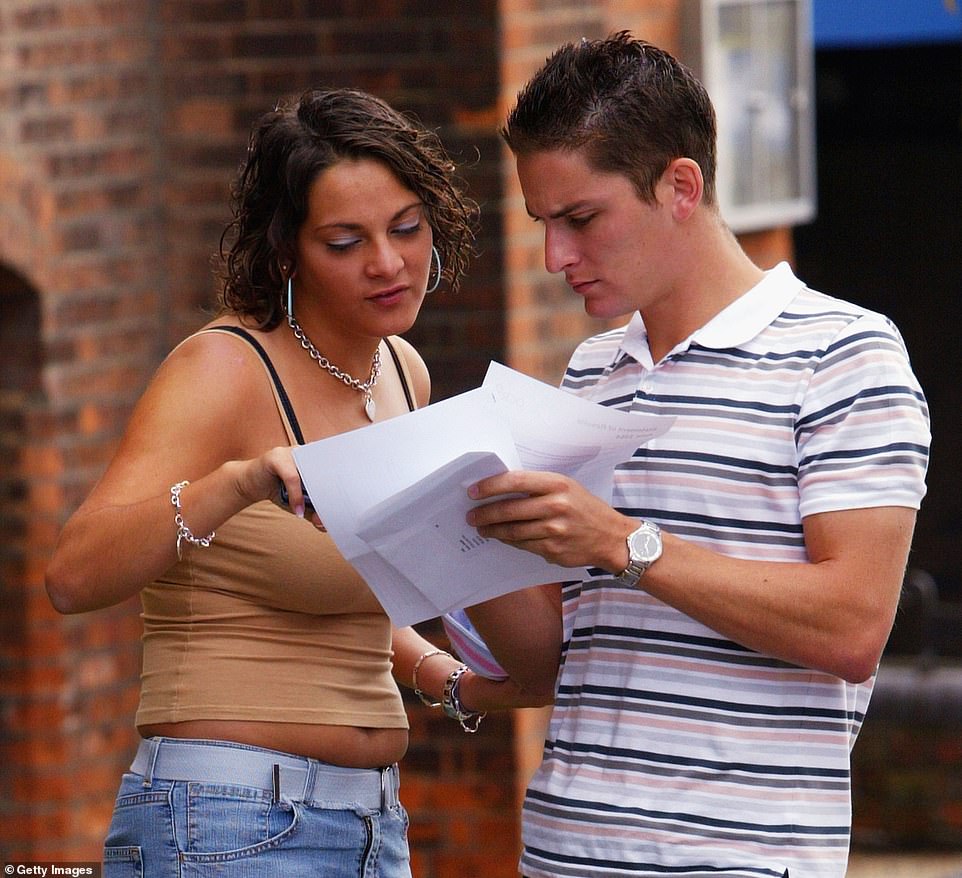 How does clearing work?

Ucas, the university applications body, has said competition for places is tougher than ever thanks to inflated grades and a lack of courses.

It warned students going through clearing – which helps people find courses with places remaining – are likely to find it harder to get onto the courses they want as a greater proportion of people receive the top grades.

Clearing is a way for universities to fill any places they still have empty, while applicants who did not receive an offer have another chance at getting into higher education.

Around 90,000 students will be aiming to join different courses, with many trying to switch.

Applications chief Clare ­Marchant said a record number of students will take up places through clearing. She warned that ‘for those most selective courses at the most selective institutions, it is likely to be more competitive’.

Ms Marchant has urged students to make a decision about courses ‘in a matter of days’ rather than waiting weeks as she expects the system to be ‘active’.

Can students sit an exam if they do not like their results?

Students in England who are unhappy with their A-level or GCSE grades will have the opportunity to take exams in the autumn.

AS and A-level exams will be held in October, while GCSE exams will take place in November and December.

The higher grade will count for applicants who wish to take an autumn exam.

When will pupils receive their A-level and GCSE results?

Students in England, Wales and Northern Ireland will receive their A-level and GCSE results this week.

Pupils should check with their school or college whether they are still required to pick up their results in person in the morning, or whether they will be sent out by email or post instead.

The Scottish Highers results are also being released on A-level results day. 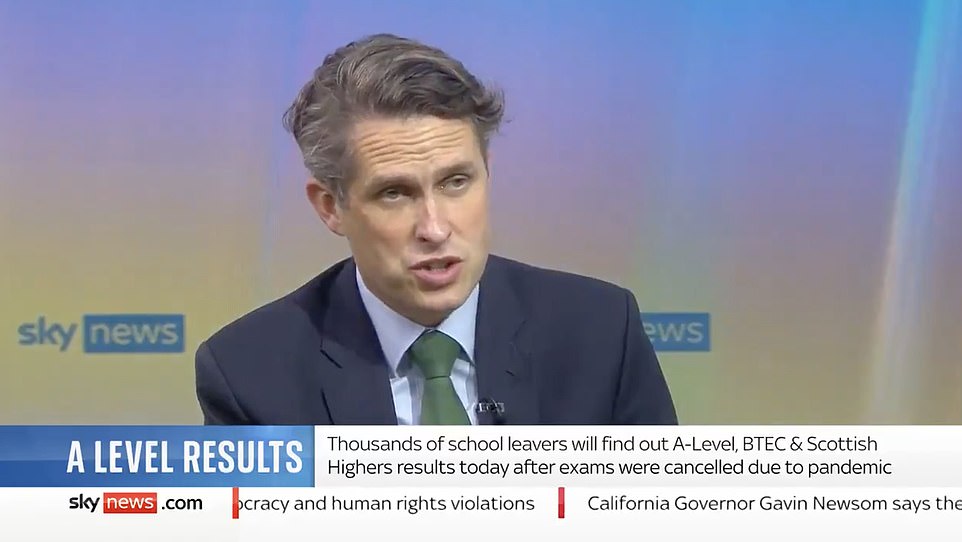 Education Secretary Gavin Williamson defended this year’s grade inflation, saying students ‘deserve to be rewarded’ after another year of disruption due to the Covid crisis

How have the grades been decided this year?

All four nations – England, Wales, Scotland and Northern Ireland – adopted a system of awarding grades this summer based on teacher based assessment.

Teachers in England have been required to consider a range of evidence, including mock exams, coursework, and in-class assessments using questions by exam boards, to make decisions on pupils’ grades.

Headteachers had to submit a personal declaration that they believed grades to be accurate.

Schools and colleges were asked to provide samples of student work to exam boards, as well as evidence used to determine the grades for the students selected, as part of quality assurance (QA) checks.

Random and targeted sample checks of evidence were also carried out after grades were submitted.

In some cases, where the evidence did not support the grades submitted, schools and colleges have been asked to review their grades.

Last summer, the fiasco around grading led to thousands of A-level students having their results downgraded from school estimates by a controversial algorithm, before Ofqual announced a U-turn.

But this year, no algorithm will be used to moderate teachers’ grades.

In England, ministers hope that exams will go ahead in summer 2022 after two years of cancelled exams.

But pupils taking GCSE and A-level exams next year could be given advance notice on the focus of exam papers to ensure they are not disadvantaged as a result of lost learning during the pandemic.

The proposals include giving schools and colleges some choice over the topics that students are assessed on, as well as providing exam aids, but final details will not be confirmed until the autumn term.