THIS is the terrifying moment a great white shark bites a woman's leg in front of horrified onlookers as a rescue team is trying to haul her into a boat.

Heather Boswell, 19, was working on a research ship when she was attacked by a shark while swimming off the coast of Chile. 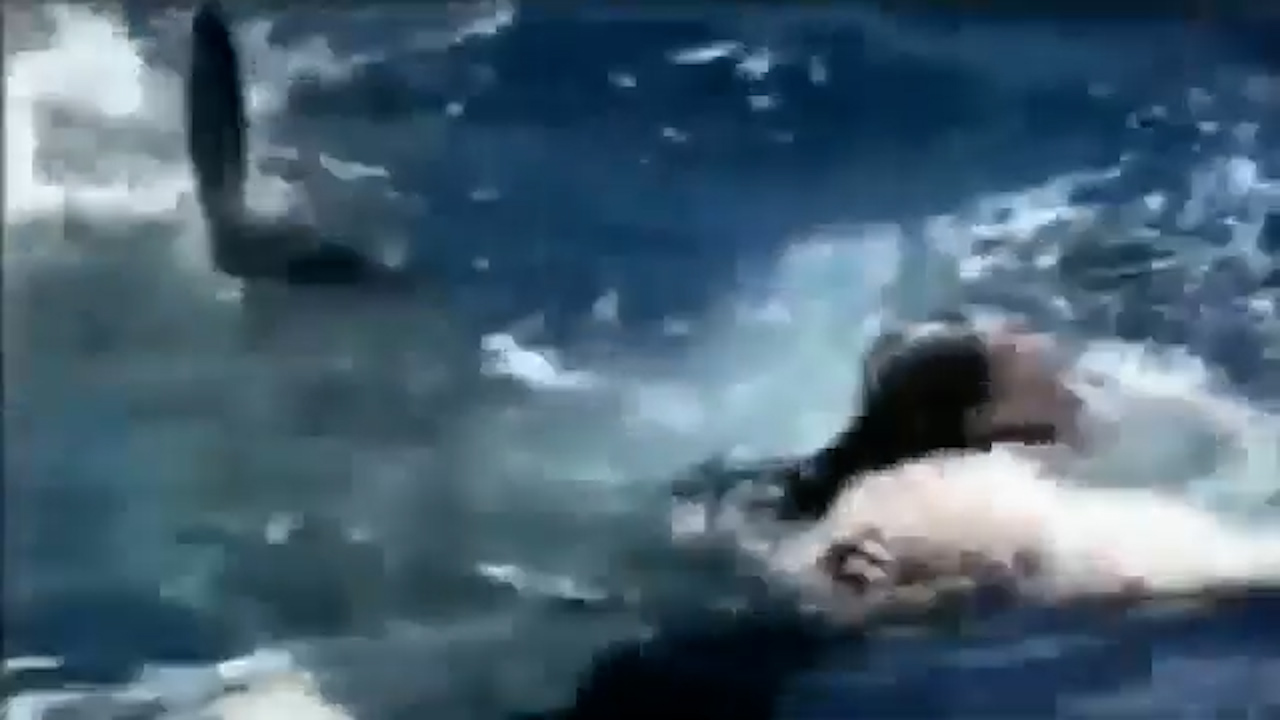 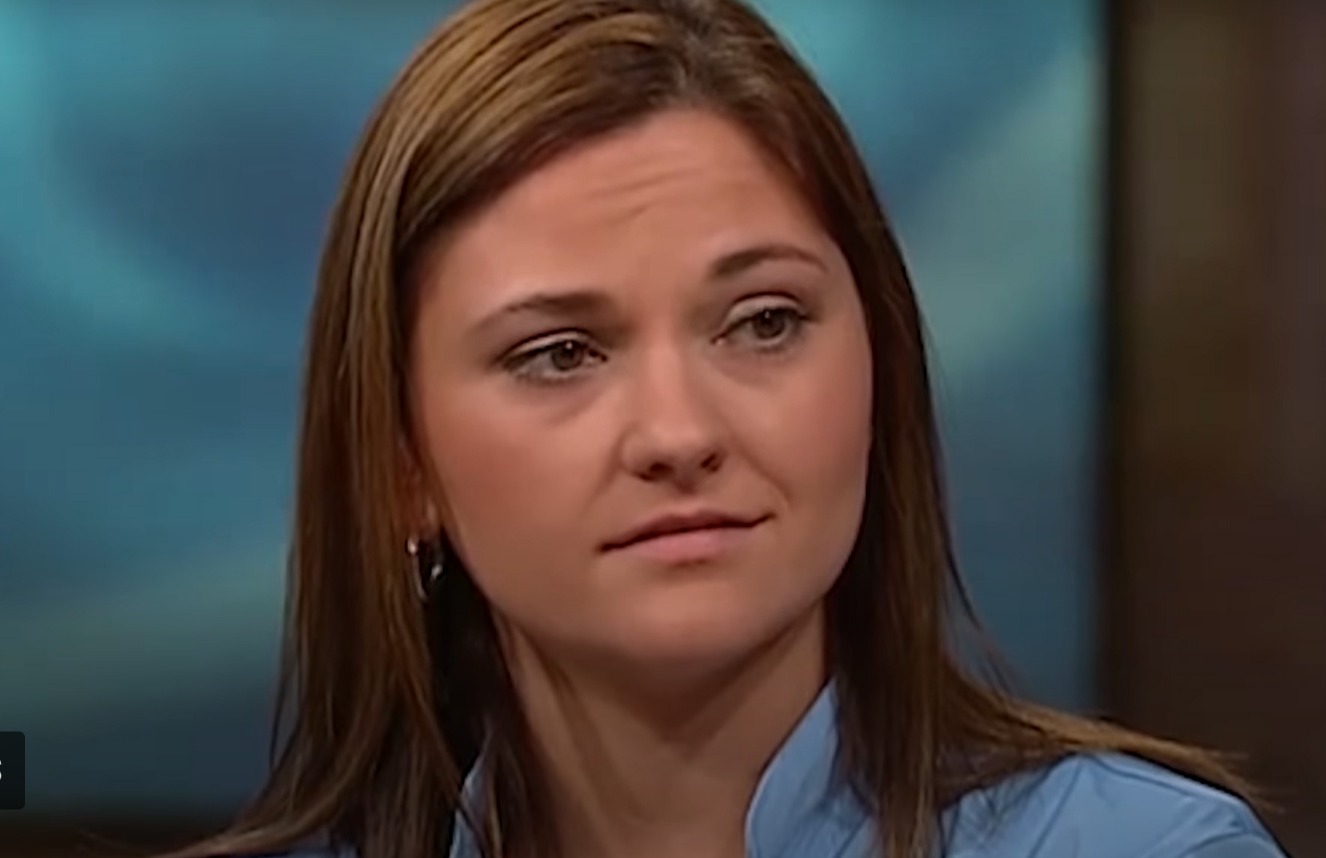 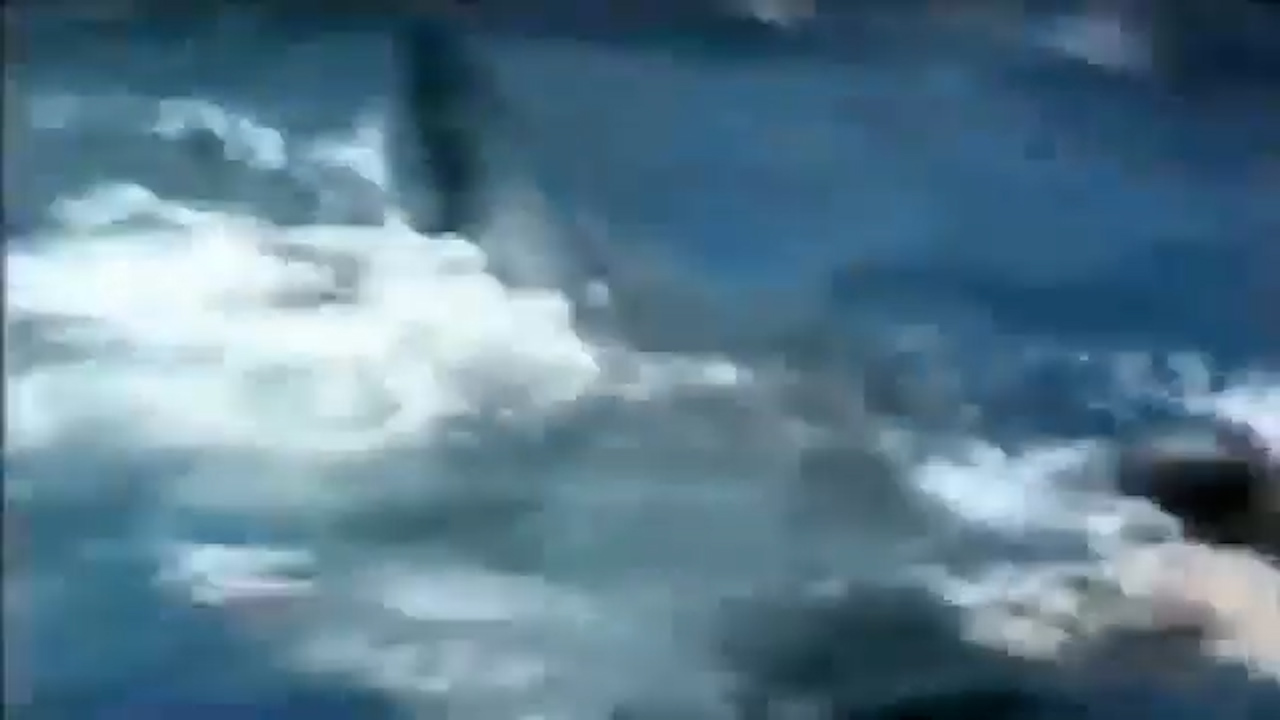 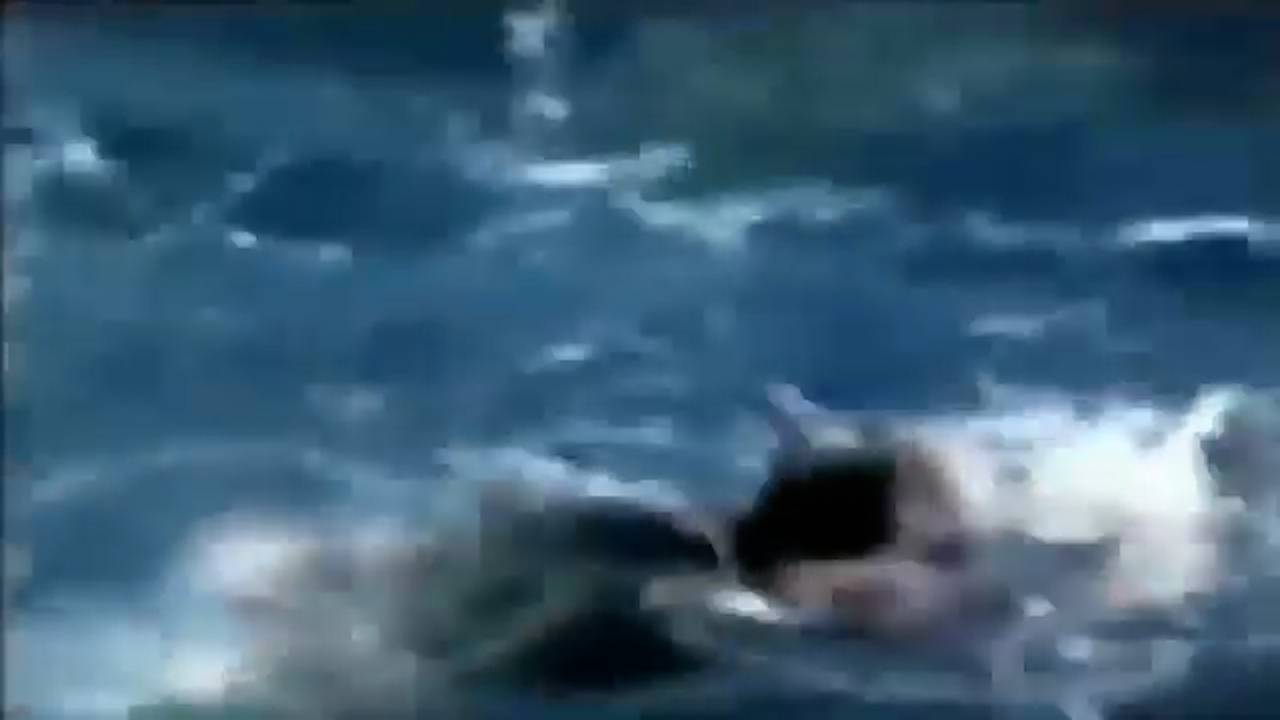 The horrific incident in which the young researcher lost her leg, was caught on camera in a home video.

It all started when the research team had a day off- and decided to spend it relaxing while swimming and snorkelling.

At first, the shark grabbed Heather's leg while she can be seen struggling to swim away.

"It didn't hurt at all, it was kind of like a puppy chewing on your finger," she recalled later.

Meanwhile, the crew members are desperately trying to pull her out of the water by extending a broom handle to her.

Panicked members of her team can be heard screaming as the shark bites her again and pulls her underwater.

"Oh My God," someone can be heard saying.

"It took Heather's leg off."

Heather said later: "I just remember it was really really rough, I felt like a ragged doll.

"And then when he bought me back up, I didn't feel pain then either, all I felt was a pop.

"The shark bit most of my leg."

The woman's ordeal came to an end when one of her colleagues was finally able to grab her by her arms when another one hit the shark with a stick.

It was only when she was back on the boat she realised what had happened.

Heather's incredible survival story from the 1994 shark attack, was featured on the Discovery Channel's Shark Week.

A few years later, speaking to The Oprah Winfrey Show, Heather described the moment she realised she had lost her leg.

She said: "When they were playing tug of war with the shark they reached down and grabbed my arms and pulled me but the shark still had a hold of my left leg.

"There was tug of war and I felt a pop.

"I thought 'I hope my leg dislocated because if it didn't it would be gone' and I looked down and my leg was gone."

It comes as earlier this week a Brit dad was tragically mauled to death by a great white as he was swimming off Port Beach in Fremantle, Western Australia.

57-year-old Paul Millachip was dragged underwater by a 14ft great white in front of his horrified family.

"He died doing what he enjoyed doing the most, which was exercising.”

Meanwhile, a battered great white was spotted near the Neptune Islands in South Australia.

The 11ft male shark was covered in bite marks and scars but according to underwater cinematographer Dean Spraakman who filmed the video, he was particularly "friendly." 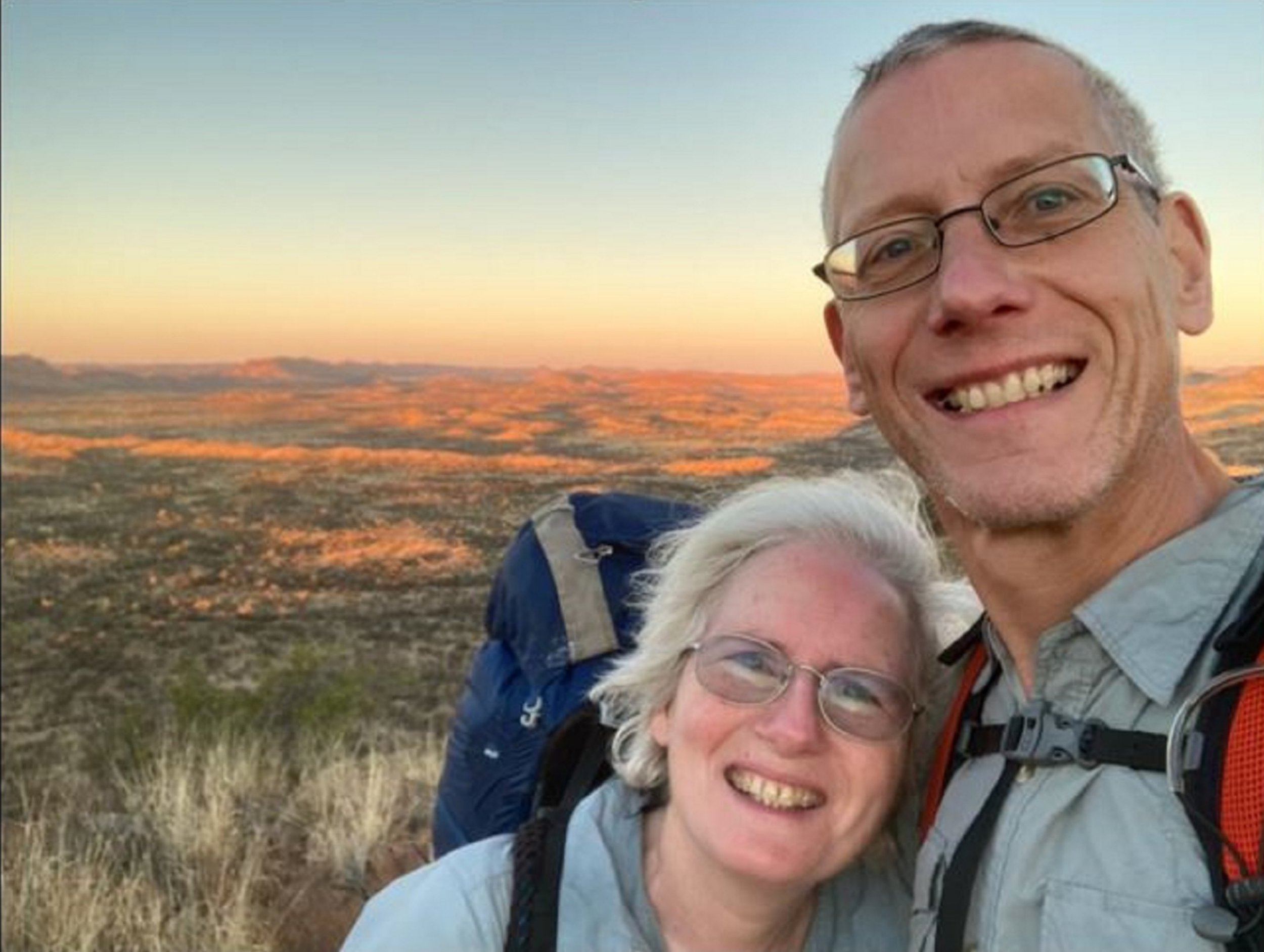 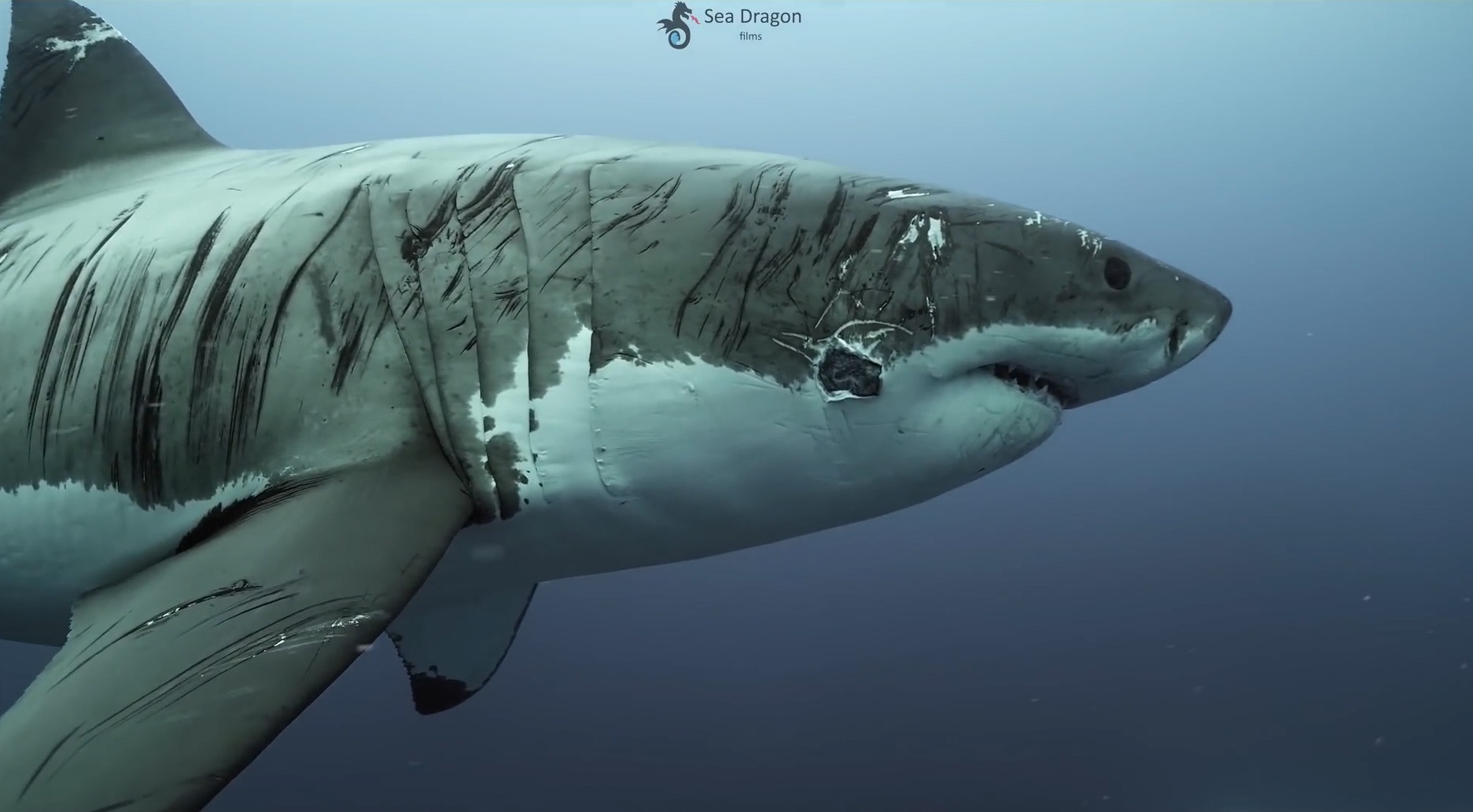