THIS is the terrifying moment a plane spirals out of control and nearly kills skydivers who had jumped from the aircraft moments earlier.

Footage taken by the diving team's videographer shows the plane plunge straight into the ground as nine people free-fall around it in Mossel Bay, South Africa. 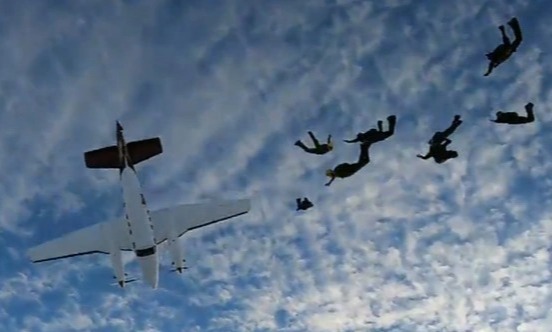 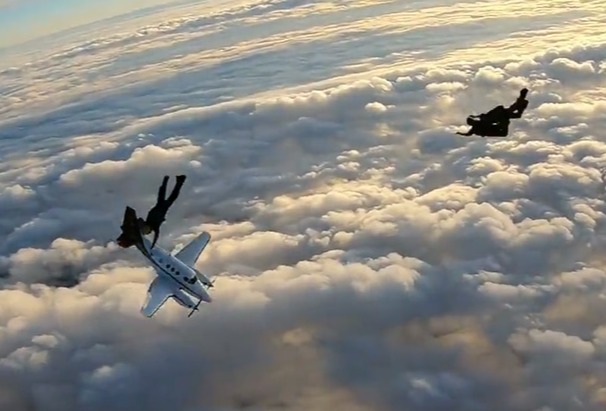 Skydiver Bernard Janse van Rensburg told how he could feel the aircraft stall slightly while he and his fellow skydivers were preparing to jump and instantly "knew something was wrong".

He quickly jumped out of the plane – but the other eight people were "fully focused on achieving correct positioning and exit timing" so they kept holding on.

He said: "It is a fascinating and unusual thing to see your jump aircraft below you in freefall."

"The moment was surreal and I could not believe what I was seeing.

"Everything happened in slow-motion and I remember thinking 'am I really seeing the plane spinning nose down next to us?'

"After the spin, the aircraft started to veer underneath us but luckily did not make contact."

Terrifying footage shows the plane slowly begin to spiral while 16,000ft in the air, before soaring head-first towards the ground below on October 14.

The divers appear to narrowly miss the plunging aircraft as they fall just metres away from it.

There were five other people in the plane throughout the nosedive – but luckily the pilot was able to regain control and safely land, 7News reports.

No other incidents have happened since, Bernard added. 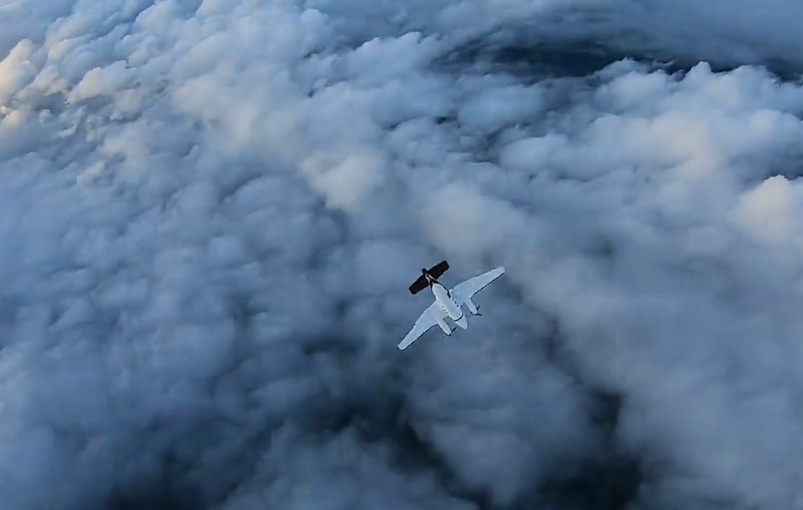