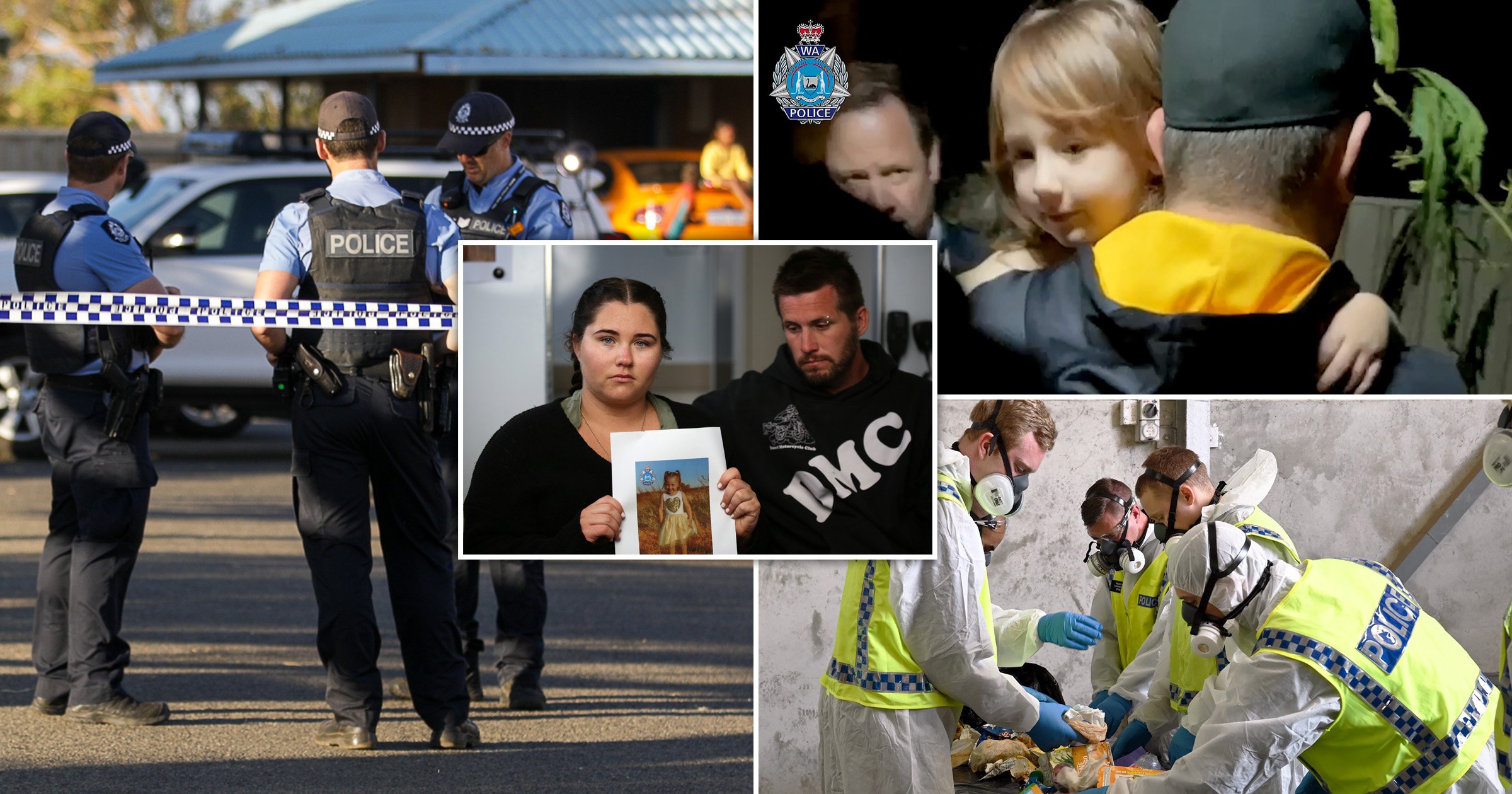 The youngster had been missing for more than two weeks after disappearing on the second day of a family camping trip in western Australia.

She was found after police stormed a locked house in the town of Carnarvon on Wednesday morning, not far from the family home.

Now, police have revealed some of what helped them to find Cleo.

Western Australia police commissioner Chris Dawson told ABC radio: ‘We had been following a lot of the forensic leads and it led us to a particular house.

‘Hope was never lost and the fact she’s been found alive, I think Australia is rejoicing. It is such a wonderful outcome.’

‘It’s a big jigsaw, you know, everything contributed, certainly phone data helped us and that will come apparent.

‘But there were lots of things, that when we put the puzzle together it all led to one place, and that’s where we found Cleo.’

The toddler went missing from a tent at Blowholes Campground, 47 miles north of Carnarvon, in the early hours of October 16.

A massive search operation was launched in the sparsely populated region on the assumption that she had left the tent on her own.

But her mum was adamant that she would not have wandered off and evidence soon pointed towards a different explanation.

A vehicle was seen speeding away from the area under cover of darkness and the zipper on a flap of the tent compartment where Cleo and her sister were sleeping was too high for her to have reached.

Police sifted through hundreds of bags of roadside rubbish along a 373-mile stretch of the country where Cleo was last seen.

More than 100 officers were involved in the operation which Dep Comm Blanch likened to looking for a ‘needle in a haystack’.

Officers collected mountains of evidence including witness statements, CCTV, and data. They trawled through social media and analysed thousands of calls, while also following forensic leads.

In a press conference held after Cleo was found, Detective Superintendent Rod Wilde, the lead investigator, said no single piece of information led to the discovery of the house but rather ‘a methodical police investigation’.

Following the raid on the house where Cleo was found a 36-year-old man is in police custody.