A TODDLER was left traumatised after a dog bit her in the face in an unprovoked attack – missing her eye by millimetres.

Eighteen-month-old Kelsie Male was thrown back onto the pavement when the Alsatian-cross lunged at her and sunk its teeth into her face. 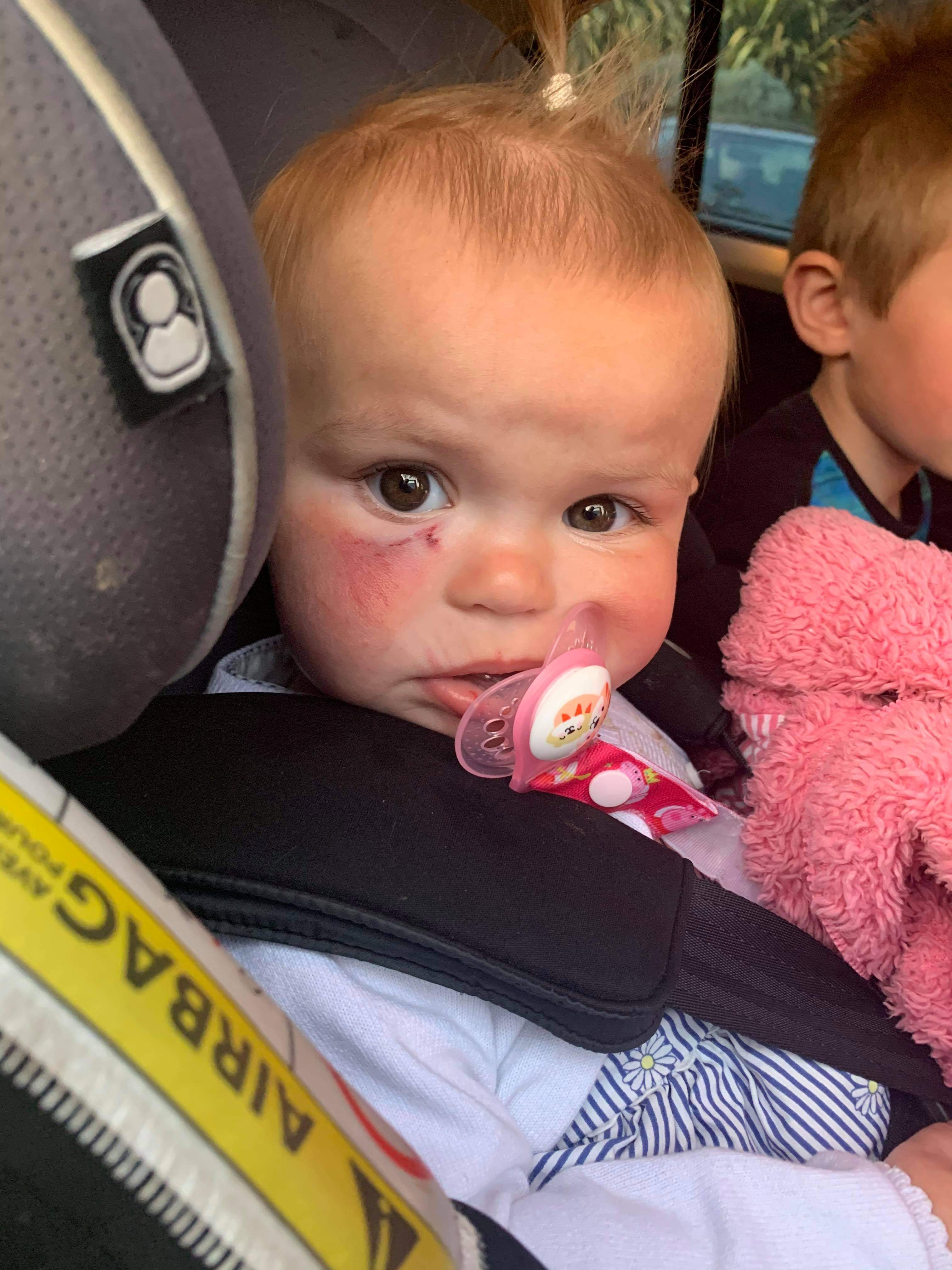 Her parents Sophie Garth, 28, and Stuart Male, 33, were walking near their home in Portland, Dorset, when the dog appeared from nowhere.

But despite being just a few steps behind, mum Sophie couldn't step in fast enough and the tot was thrown backwards by the force of the animal.

She said: "She had blood over one side of her face but I was so scared to touch her in case I hurt her or caused it to get infected.

"She cried for hours without stopping – I will never be able to forget the sound of those cries."

Of the horror attack, Sophie explained: "I was about four steps behind her on the pavement but the dog just came out of nowhere, completely unprovoked – it was bigger than her and sent her flying off the curb onto the floor.

"It was awful seeing her in so much pain as she is such a lovely little girl with a big heart. 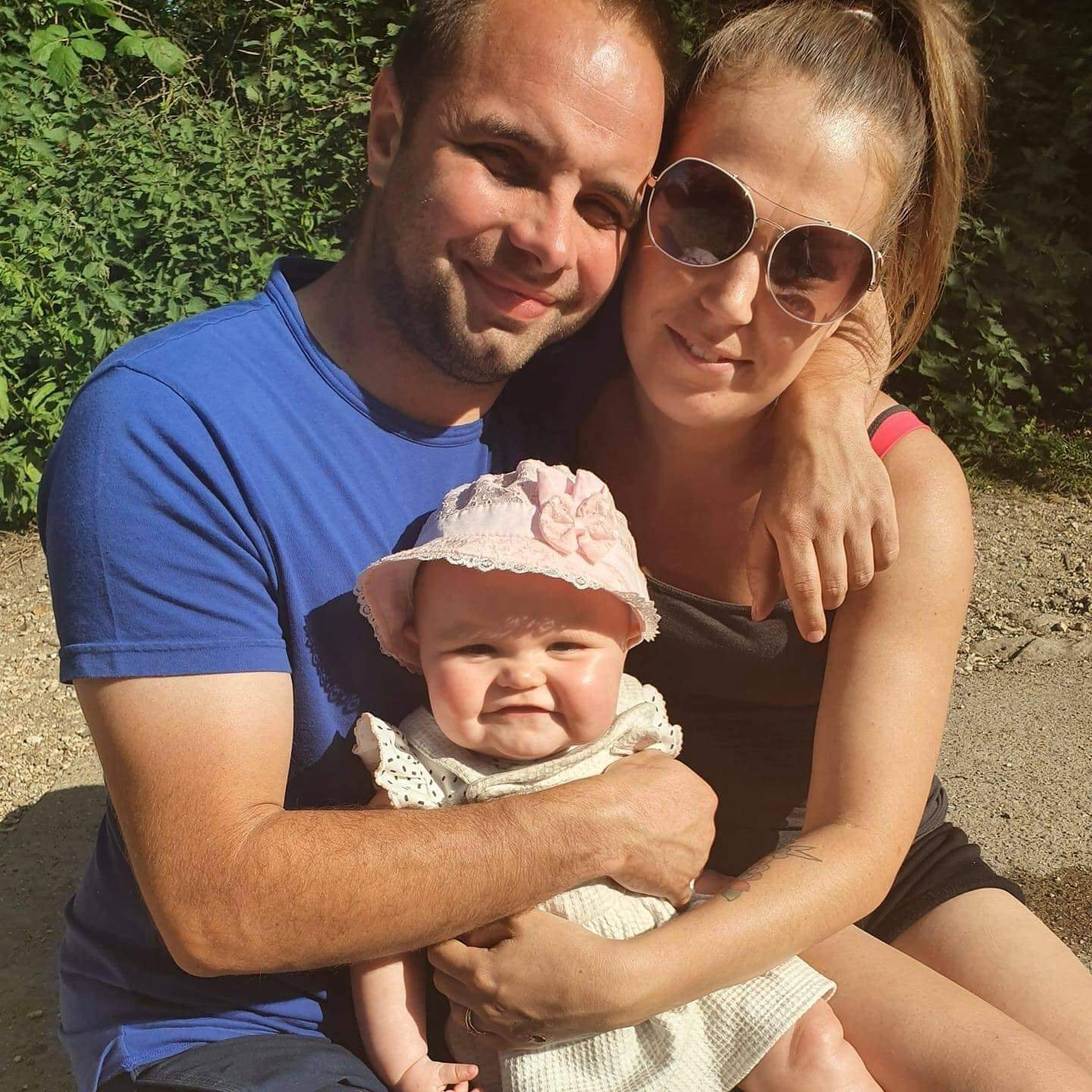 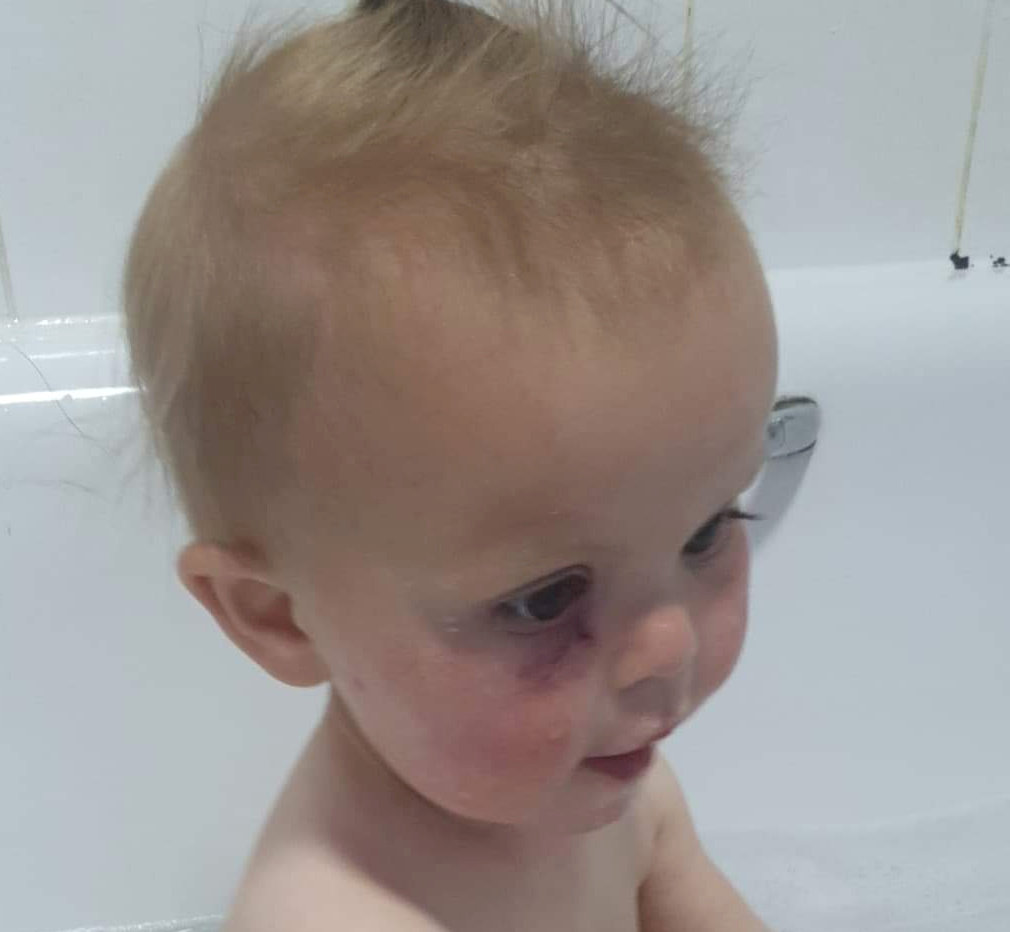 "Thankfully her injuries are mainly recovered now, but the situation could have been so much different if the dog bitten just millimetres higher on her face and got her in the eye.

"But she's still traumatised – she wakes up in the night crying, she gets jumpy around everyone and she doesn't want to be left alone."

Police attended the scene but no arrests were made. The dog was believed to be owned by a visiting friend of one of the street's residents.

As Sophie and Stuart, a scrap metal dealer, rushed their 'hysterical' daughter to Weymouth hospital, they said Kelsie's face and mouth were bleeding and she had bruises all over her back from the fall – but fortunately doctors said she'd be fine.

But while Sophie said her injuries are now mostly healed, Kelsie has been now doesn't like to be left alone, gets nervous around people, and wakes up in the night "screaming the house down". 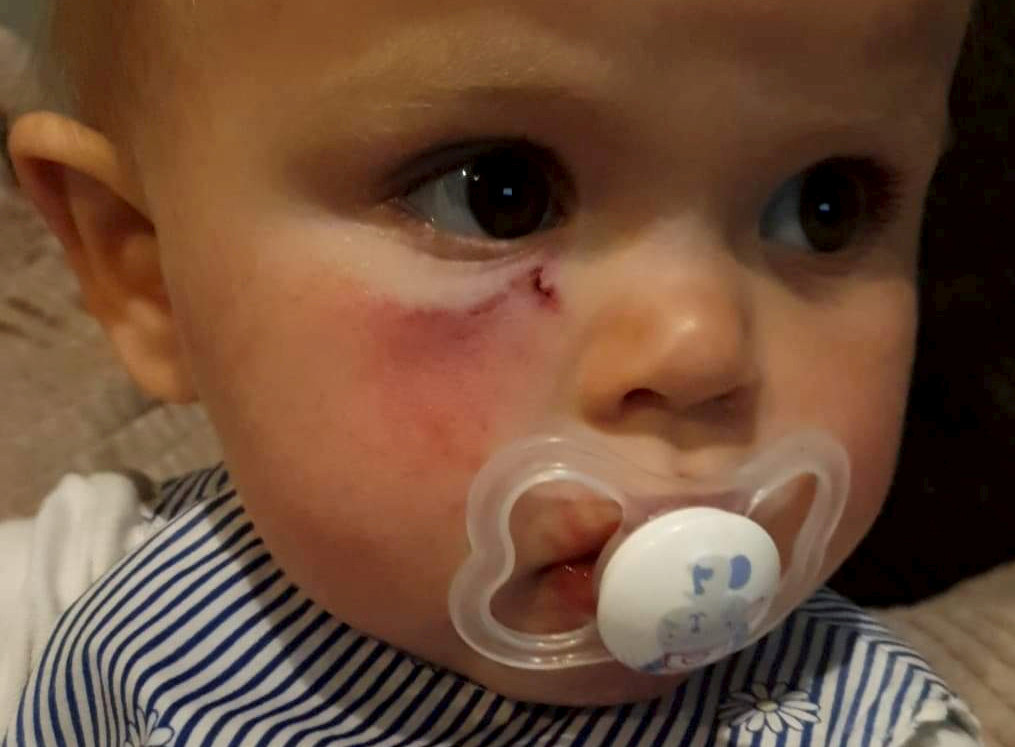 The tot, who was once an enormous 'Paw Patrol' fan, has also been left very wary around big dogs – and was 'petrified' after seeing a guide dog on the bus the following day.

Sophie said: "You never expect this kind of thing will ever happen to your child, she is such a lovely girl, she has a big heart, and she was a huge animal-lover before this.

"She's incredibly lucky that the dog missed her eye or this could have been so much worse, but it shouldn't have happened in the first place."

A police spokesman said: "Dorset Police received a report at 5.50pm on Saturday April 24 that a young child had been bitten in the face by a dog on Vindelis Way on Portland.

"The child was taken to hospital for treatment to cuts on their face. The injuries are not believed to be serious.

"Enquiries are underway into the incident to establish the full circumstances of what happened. No arrests have been made at this time."