The Prince of Wales was told to ‘keep his oar out’ of politics today as the Tories intensified their attacks on the heir to the throne over his opposition to its Rwanda migrant programme.

Ahead of a meeting between Charles and Boris Johnson in Kigali today the backbencher suggested the future king emulate his mother the Queen and keep a dignified silence.

It came as the Prime Minister urged Charles to keep an ‘open mind’ about the Rwanda asylum plan.

The Prime Minister said he was ready to defend his £120million policy after Charles was reported to have privately criticised it as ‘appalling’.

Clarence House is understood to be unhappy that public debate over Charles’s remarks about Britain’s policy of removing asylum seekers to Rwanda is overshadowing his well-received trip to the East African nation.

Speaking to LBC radio from a by-election in Wakefield today Ms Jenkyns said: ‘He certainly needs to learn a lot from our fantastic Queen and keep his oar out, most definitely.’ 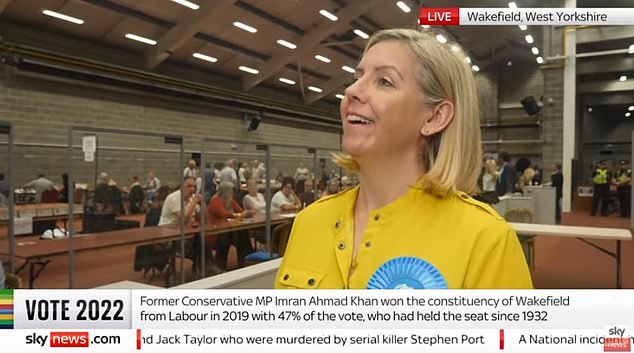 Ahead of a meeting between Charles and Boris Johnson in Kigali today Ms Jenkyns suggested the future king emulate his mother the Queen and keep a dignified silence. 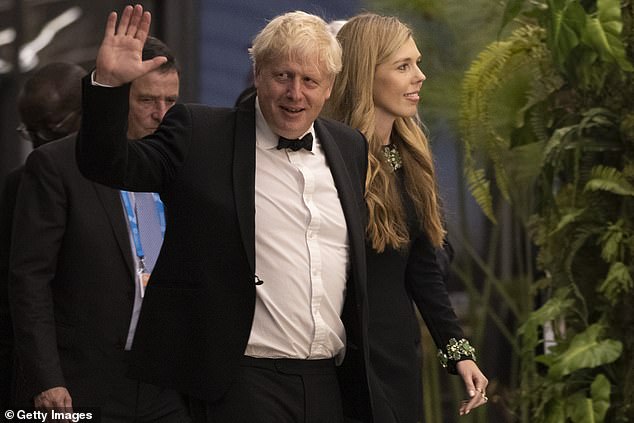 It came as the Prime Minister urged Charles to keep an ‘open mind’ about the Rwanda asylum plan. 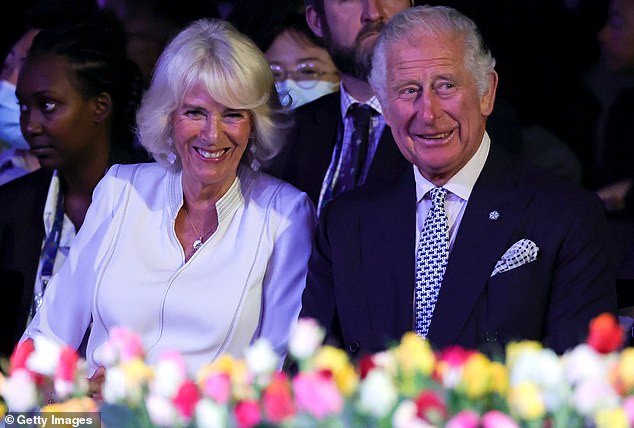 Clarence House is understood to be unhappy that public debate over Charles’s remarks about Britain’s policy of removing asylum seekers to Rwanda is overshadowing his well-received trip to the East African nation.

The prince and Mr Johnson are in Rwanda for the Commonwealth Heads of Government Meeting (CHOGM). Mr Johnson suggested yesterday he would make a point about the migration policy’s ‘obvious merits’ when he met Charles over a cup of tea this morning.

He said: ‘I am delighted that Prince Charles and everybody is here today to see a country that has undergone a complete, or a very substantial transformation.’

It was revealed earlier this month that Charles had been overheard describing the Rwanda scheme as ‘appalling’. Last week Mr Johnson dismissed criticism of the policy from ‘slightly unexpected quarters’ in an apparent dig at the prince and Church of England bishops, who attacked it as ‘immoral’.

The three topics on the agenda for the PM’s meeting with Charles are sustainability, youth, and the history and values of the Commonwealth and Charles’s passion for it. Royal sources said it was ‘unlikely’ the two men would discuss the Rwanda scheme.

Downing Street later repeated the same line in what appeared to be a co-ordinated attempt to play down the prospects of a showdown between the PM and the prince, but a spokesman did not rule out the possibility of Mr Johnson raising it.

Defending the policy during a school visit in Kigali, Mr Johnson said: ‘This is a plan that I think is absolutely necessary and right to fix the problem of illegal cross-Channel trafficking of people whose lives are being put at risk by the gangs.

‘You have to break the business model of the gangs – it is totally the right thing to do.

‘What people need to understand, what the critics of the policy need to understand – and I have seen loads and loads of criticism – is that Rwanda has undergone an absolute transformation in the last couple of decades.’

He said the UK and Rwanda had done an ‘immense amount of due diligence on the way things work, both in the UK and in Rwanda, so that everything we do is in conformity with human rights’.

The trip to Rwanda is seen as hugely significant for Charles. He and Camilla are the first British royals to visit the country, and it is the first CHOGM he has attended since he was chosen to take over as head of the Commonwealth after the Queen.

There has been ‘clear unhappiness’ in the royal camp that comments by Mr Johnson on Wednesday, saying he hoped his trip to Rwanda would help others ‘shed some of their condescending attitudes’ toward the country, had overshadowed the prince’s important day of visits focusing on the 1994 Rwandan genocide. 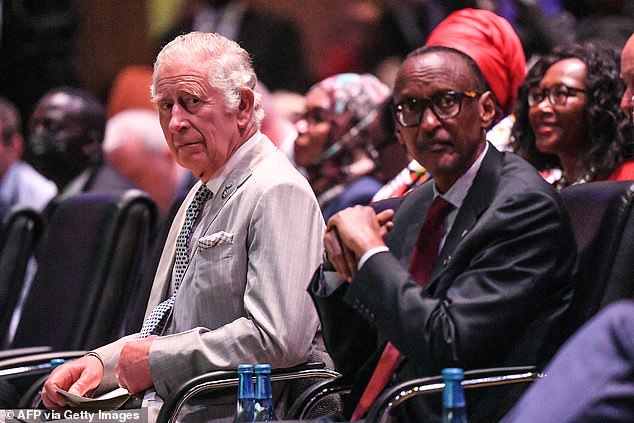 After meeting Rwandan president Paul Kagame yesterday, Mr Johnson said the leader ‘cares passionately’ about the UK’s policy, having been a refugee in neighbouring Uganda.

Charles is being accompanied by the Queen’s private secretary Sir Edward Young, who is the monarch’s main point of contact with No 10. He is there because the Queen remains head of the Commonwealth. It is thought likely that Sir Edward has been involved in discussions behind the scenes to resolve the issue between Charles and the PM.

The first flight removing asylum seekers from Britain to Rwanda was due to take off last week, but it was grounded by successful challenges to the European Court of Human Rights ahead of a full hearing on the scheme’s legality in UK courts.

The policy is one element of a £120million economic deal with Kigali, but has been widely criticised in part because of concerns about Rwanda’s human rights record. Last night, a Rwandan government spokesman said Britain had paid the money in full, and some of it had been spent, making it unlikely that anything will be clawed back should the policy falter.

After meeting Rwandan president Paul Kagame yesterday, Mr Johnson said Mr Kagame ‘cares passionately’ about the UK’s policy having been a refugee in neighbouring Uganda. Mr Kagame has been lauded for his role in ending the 1994 genocide that saw ethnic Hutu extremists slaughter 800,000 people. But his regime has since been accused of political repression, assassinations and the imprisonment of critics.