The president made the comments as protesters marched through Washington DC. 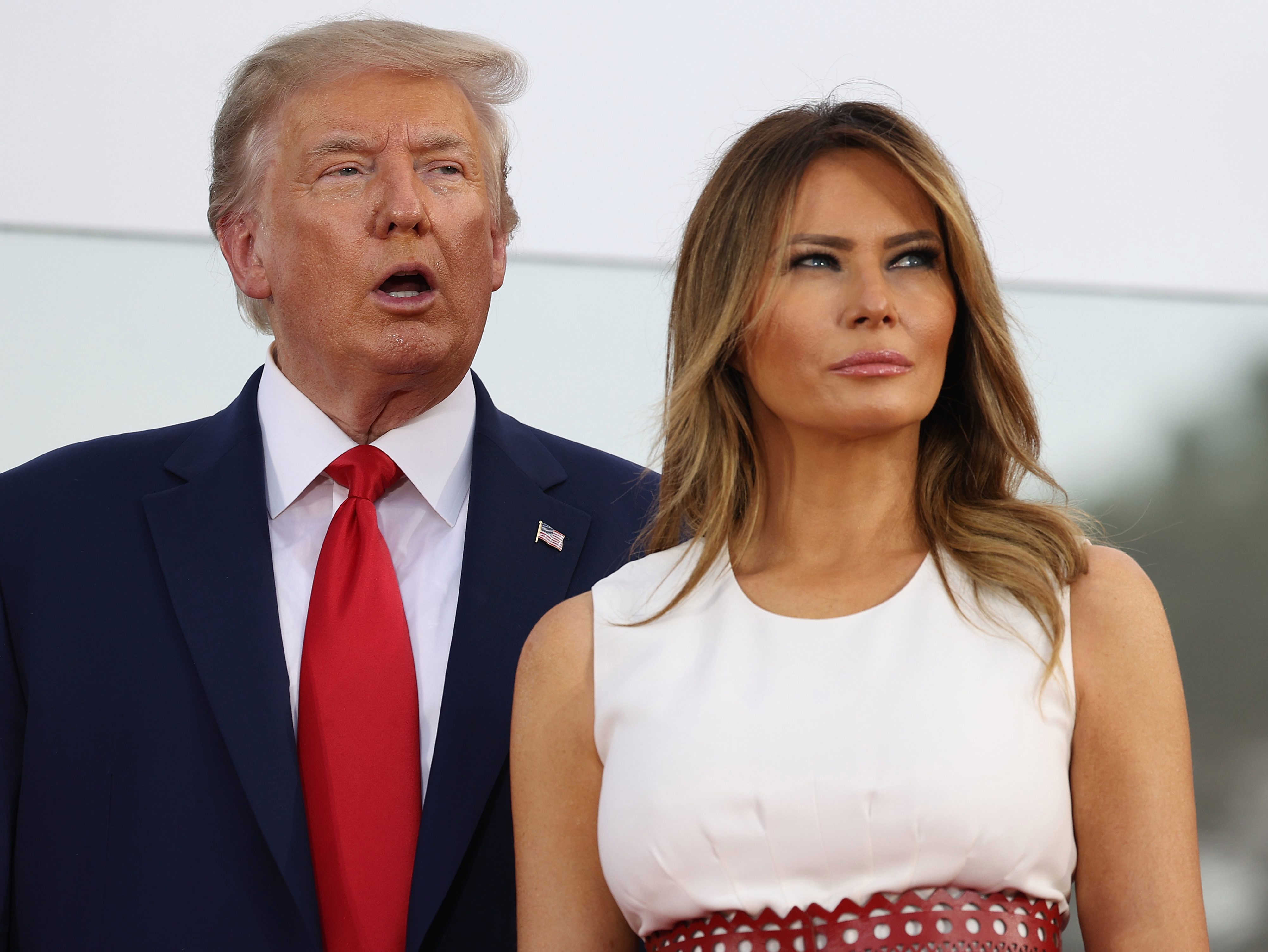 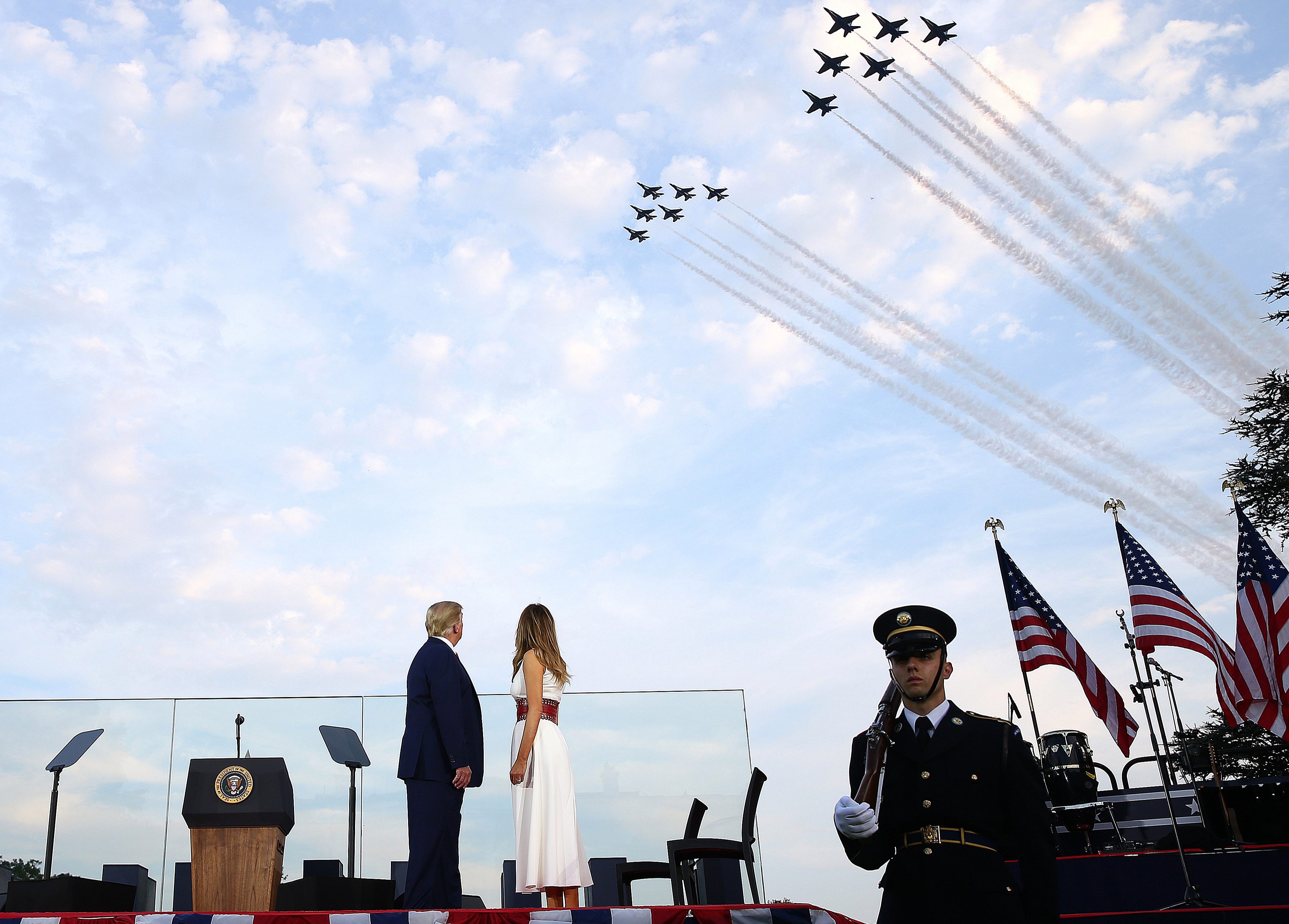 Speaking at the White House's "Salute to America" event on the South Lane, the president said: "Our past is not a burden to be cast away.

The president used his speech to hit out at "angry mobs" who have been toppling statues of Confederate leaders across the country.

His comments echoed similar sentiments that he made during his speech at Mount Rushmore on Friday.

"We will never allow an angry mob to tear down our statues, erase our history, indoctrinate our children or trample on our freedoms," he said on Saturday.

"We will safeguard our values, traditions, customs, and beliefs."

He continued: "We will not allow anyone to divide our citizens by race or background.

"We will not allow them to foment hate, discord and distrust."

However, the president also took a hit at the media, who he believes are "slandering" those who died fighting in the Civil War.

"You slander their memory by insisting they fought for oppression and racism.

"You slander people much braver and more principled than you."

Meanwhile, just meters away from where the president made his speech, organizers led demonstrations across the city in honor of Black Lives Matter.

The outlet reported that, as the flag burned, protesters chanted "slavery, genocide and war" and "America was never great." 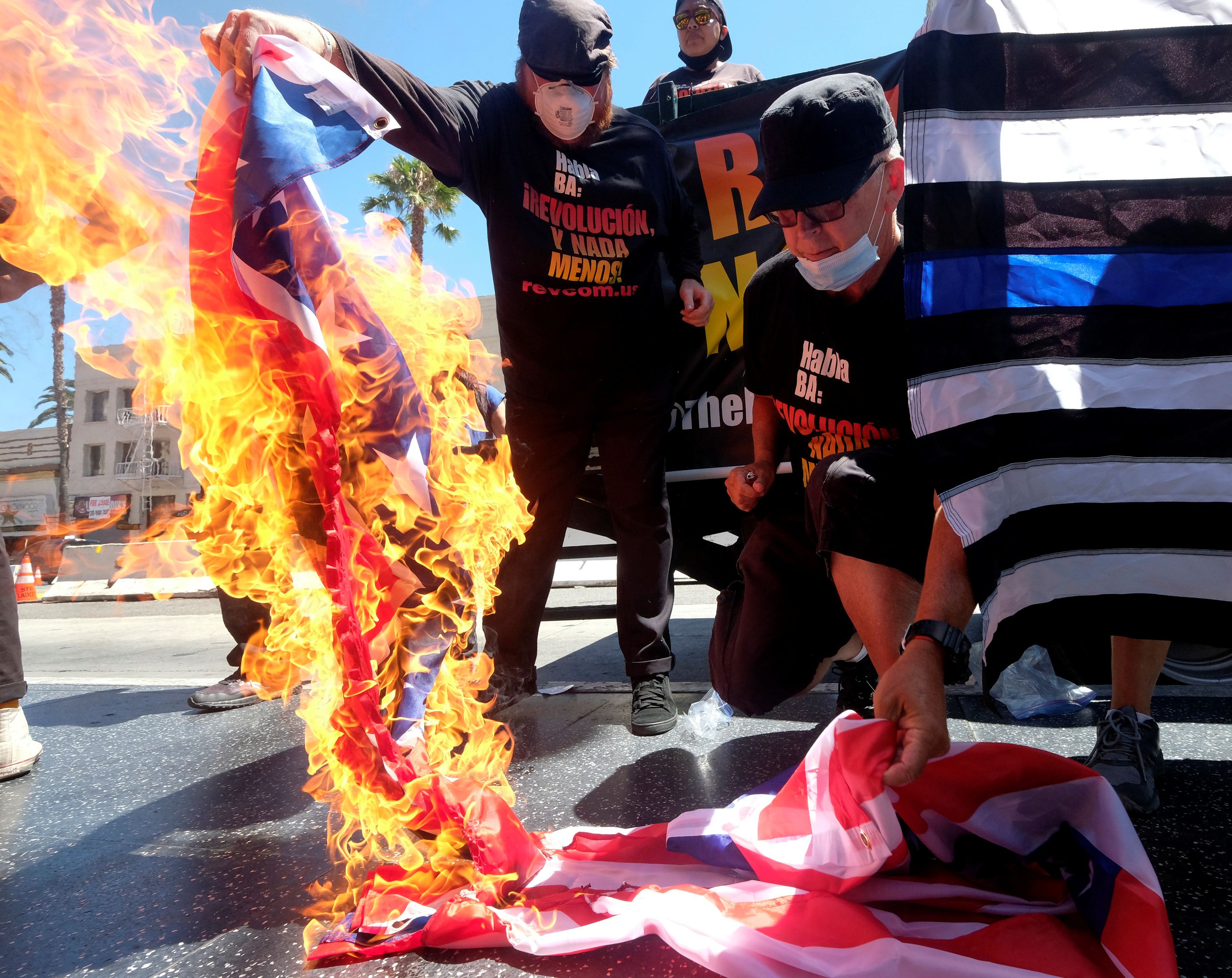 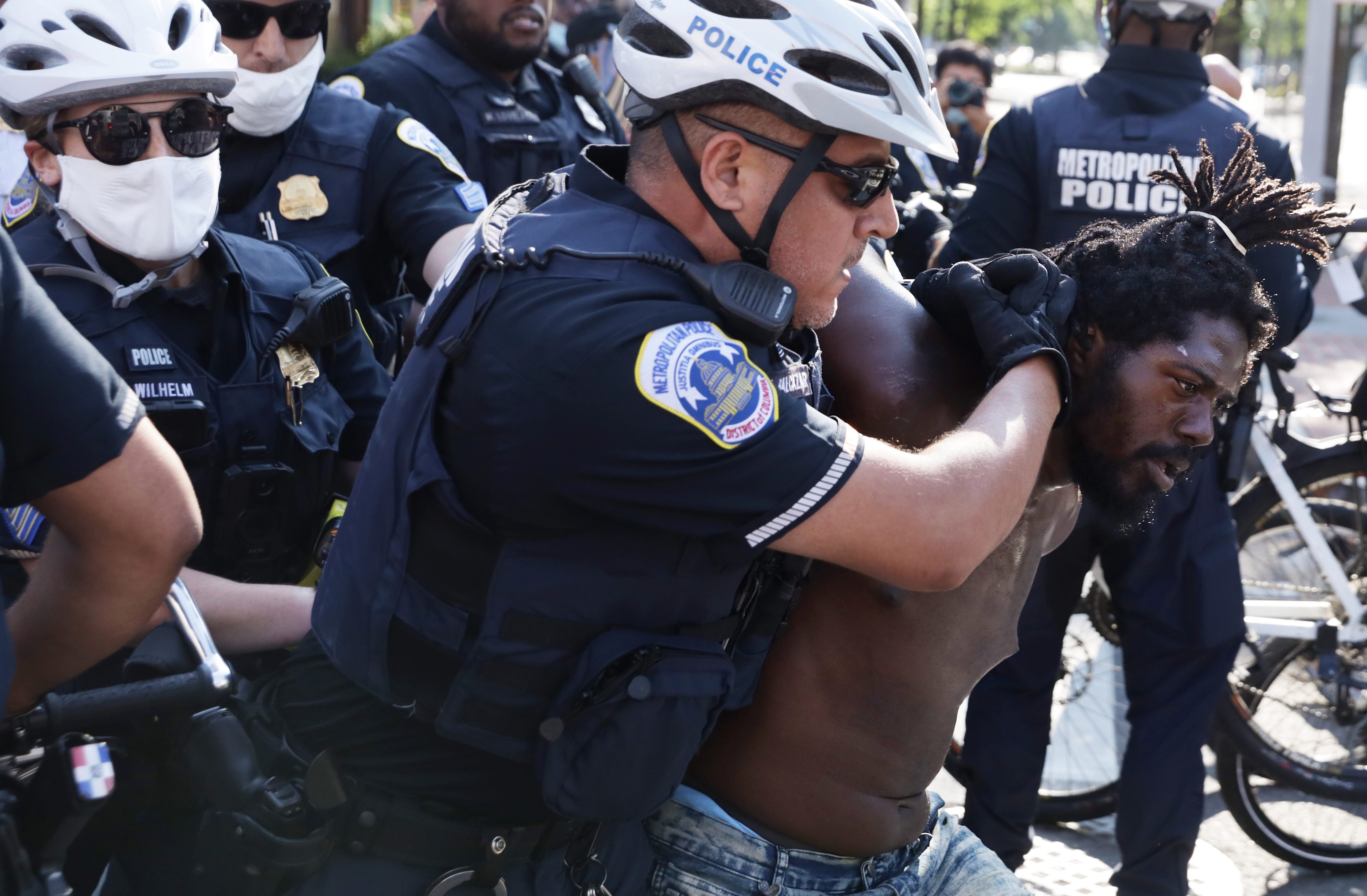 She told USAToday that the national holiday "doesn’t really mean anything when Black people weren't free on July 4th and those same liberties weren't afforded to us.

Amy Yeboah, who took part in an eight-hour sit-in outside of the Supreme Court on Saturday, told the outlet: "We're honoring Black women – the lives that have been lost to police brutality – but also the blind eye that America has to the injustices that face Black women.

"This being the celebration of independence, life, liberty, and the pursuit of happiness, I’ll be talking about how these are not things Black women have been given the space to celebrate.

"Their justice is still being considered."

The United States erupted in protests since the death George Floyd.

Over recent months, demonstrations have taken place in all 50 states.