Gosnells deputy mayor Peter Abetz will lead a presentation at a regional West Australian church on Saturday that has been labelled ‘gay conversion therapy’.

The former state Liberal MP has enlisted ‘reformed’ gay man James Parker to speak at Geraldton Anglican Cathedral after similar presentations in Albany last week drew condemnation from the state government and advocates and renewed pressure for the controversial practice to be outlawed in WA. 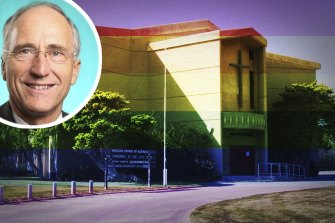 Geraldton Anglican Cathedral issued a newsletter advertising a presentation on gender and sexuality from Mr Abetz, also the WA director of the Australian Christian Lobby, this Saturday.

Mr Parker’s True Identity International claimed to “tell stories of hope, vision and dignity beyond LGBTQ+” at two events at Albany Baptist Church last week titled Real Lives, which were attended by more than 500 people and drew more than 50 protesters outside, who said the “homophobic” event was “just the tip of the iceberg”.

He told WAtoday last week the Real Lives sessions had visited eight churches in the Perth CBD, with Albany the first non-metropolitan venue.

“There are no confirmed plans at this stage to go elsewhere,” Mr Parker said.

Mr Parker’s story about how he had been gay, but now was no longer, features prominently in the roadshow. The English ex-pat has written online of his support for “sound methods of conversion therapy”.

Gay conversion therapy is now banned in Victoria, the ACT and Queensland. The WA government pledged to use the federal government’s national code of conduct for unregulated healthcare workers to stop it too.

“If the introduction of legislation and/or regulations is necessary to give effect to the code, that will be looked at,” a state government spokesperson told WAtoday last week.

Gay conversion therapy or efforts to change a person’s sexual orientation was not therapeutic and caused mental health harm to LGBTI people, the spokesperson said. 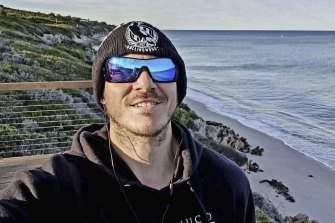 WA author Holden Sheppard tried to ‘pray the gay away’ and now knows the trauma associated with the practice.Credit:Holden Sheppard

Regulated healthcare areas such as psychiatry and psychology have codes of conduct that ban conversion practices and the national code would place standards on unregulated areas such as counselling services to give health authorities the power to intervene if someone offered the practice.

Critics say the code doesn’t extend to church groups, where they claim the majority of conversion practices occurs. Health professionals, psychologists and advocates have condemned pressure by churches and other groups to make a person change or alter their sexuality or gender identity.

Geraldton author Holden Sheppard, who wrote in WAtoday last week about the trauma he suffered trying to change his sexuality for three years, said Geraldton was a welcoming town and it was shame Mr Abetz’s event was being held in the community.

“It would be a misrepresentation for people to think of Geraldton as a homophobic town because the people here are very supportive of the LGBT community.”

Sheppard urged the community to give Mr Abetz’s event a positive slant by opening conversations in their own homes and families on the need for acceptance.

“This is a great opportunity for parents and adults to let their young kids or teenagers know that it’s absolutely fine to be who they are,” he said.

“Even if they are completely straight, it could be hugely beneficial to have that conversation anyway and tell your kids, ‘Look, I don’t really get this stuff, but whoever you turn out to be, I will accept you and always love you for who you are’.”

Sheppard understood the pressures on some young people to covert and trauma that followed.

“My focus is on the people there who are thinking of attending who might be going through similar stuff to what I did,” he said.

“It’s like a used car salesman selling you a car they know isn’t going to run … except there’s heaps of added trauma in the long term.”

“By helping people address the trauma they have experienced … for some people that actually helps resolve some of the underlying issues which drove them to being same-sex attracted,” he said.

Former Pride WA president Paul Van Lieshout Hunt said the practice was “absolute quackery” and the WA government had to step in.

“It’s absolutely shocking, even the international human rights council, never mind all of the mental health bodies here in Australia, condemn the process of conversion therapy,” he said.

Mr Parker’s ‘Victor or Victim’ talk online reveals how he realised he was gay at puberty, became a gay activist in London and believed himself a heterosexual woman in a male body.

He later discovered God, found himself becoming “more masculine”, and was shocked when he began to notice the curves of women.

Mr Parker’s reach extends across the eastern seaboard. In July 2018, Mr Parker toured Sydney for a series of talks on sexual orientation and sexual culture to parishes including St Charbel’s and St Joseph’s Maronite churches in Sydney.

He was a keynote speaker at the 2019 Fiat Youth Congress in Victoria and is a regular on various podcasts distributed by Parousia Media, which promotes tours and events from Mr Parker and other Christian speakers.

Mr Abetz has co-presented similar events with Mr Parker in the past. The pair have previously campaigned against marriage equality and the Safe Schools program and have criticised the McGowan government over its promise to outlaw gay conversion therapy.

Ahead of the same-sex marriage plebiscite in 2017, Mr Parker claimed on Perth radio being gay could lead to an early death, and last year on Sky News he likened Victoria’s proposed conversion therapy ban to Nazi Germany.