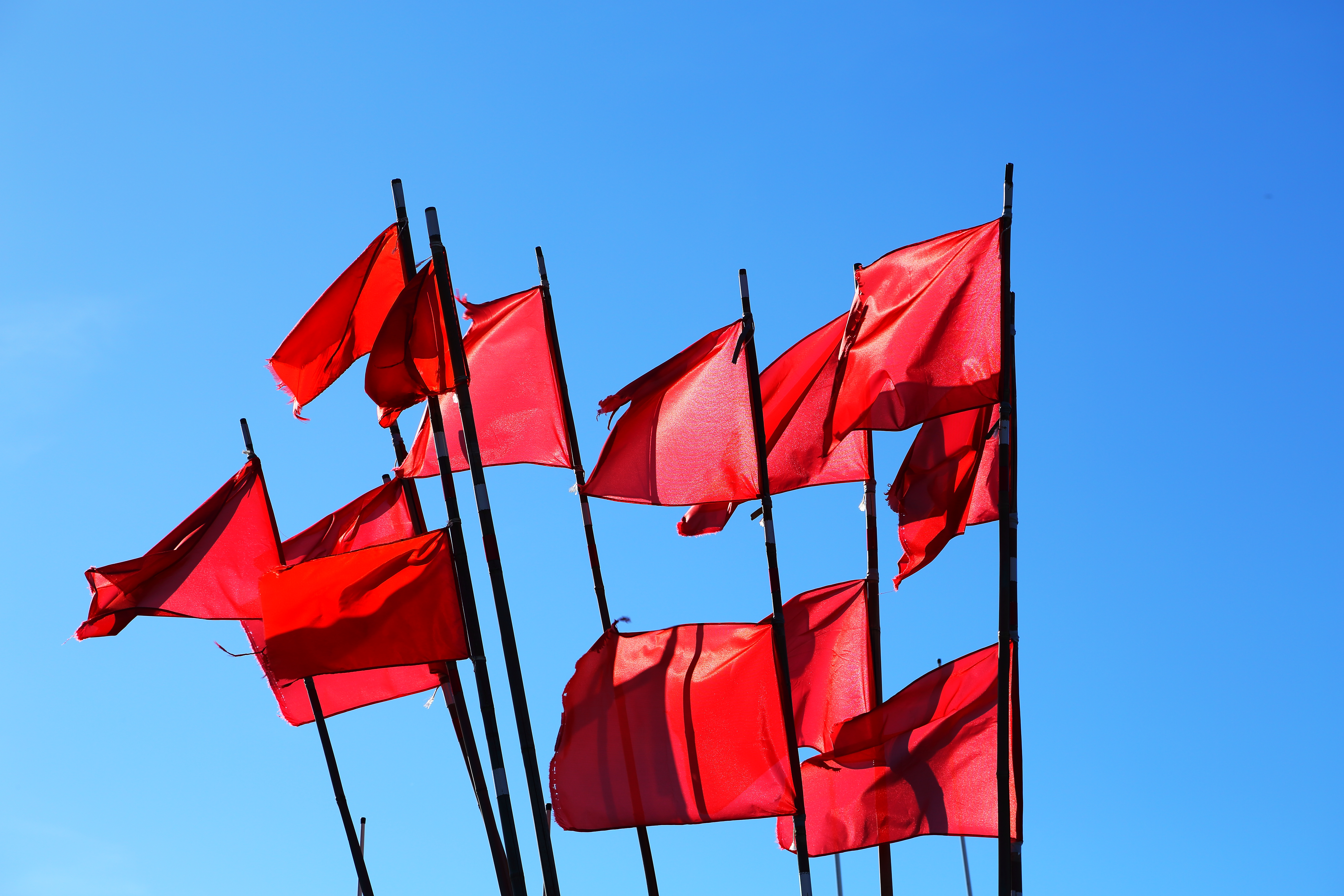 Why are red flags everywhere?

The red flag symbol is an emoji available on the universal keyboard across all smartphones such as the iPhone and Android.

The red flag emoji has gone viral for it's representation as a warning sign.

Before the red flag started trending on social media, it was a commonly used metaphor to describe signs when something could be wrong.

The metaphor is a universally used phrase, which originated in the 18th century, someone might use when they spot an error in a situation.

What is the 'red flags' quiz?

Now, the red flag emojis are generally be used by someone to express their likes and dislikes.

The memes surrounding the red flags have gained so much in popularity, personality quizzes have been developed to determine a user's likes and dislikes.

Red flag personality quizzes are trending for their thoughtful questions such as family and parent relationship statuses.

The quizzes also involve questions regarding zodiac signs and life goals, right down to the amount of water the quiz taker drinks in one day.

Why do people take the red flags personality quizzes?

Social media users on Twitter have expressed their mixed reactions to their results on the red flags quizzes they have taken part in.

One user tweeted, "its so funny to me that i took this red flag quiz and i got 'mommy/daddy issues' like stopppppp being righttttt"

"I just got result 'emotionally unsensitive/unavailible' on quiz 'whats your red flag'. What will you get?" tweeted another user.